Soap fans can often say “I knew them when” as they watch their favorite stars go on to careers in primetime and film. So there were plenty of daytime alums shining on the red carpet at the 2018 Golden Globes held on Jan. 7 at the Beverly Hilton Hotel in Beverly Hills! Some stars, like GENERAL HOSPITAL‘s Ricky Martin (ex-Miguel) and THE YOUNG AND THE RESTLESS‘ Justin Hartley (ex-Adam) — on the arm of his gorgeous wife, Chrishell Stause (Amanda, ALL MY CHILDREN; ex-Bethany, Y&R; ex-Jordan, DAYS OF OUR LIVES) — were attending the awards themselves, while others, like THE BOLD & THE BEAUTIFUL‘s Kim Matula (ex-Hope) and GH‘s Brianna Brown (ex-Lisa), were at some of the many after parties! 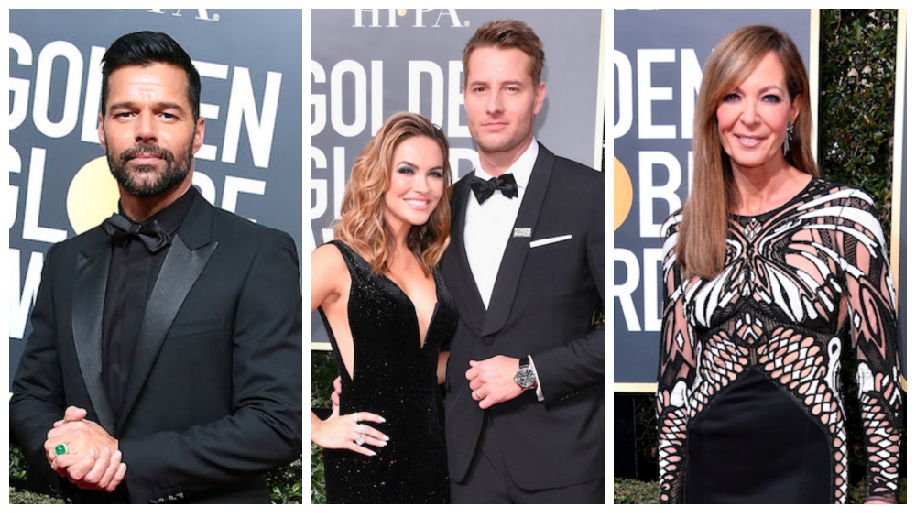 And die-hard fans would know that Allison Janney, who won the award for Best Supporting Actress in a Motion Picture for her incredible performance in I, Tonya, actually got her big break back in 1993 as Ginger, one of the sassy maids who worked for the wealthy Spaulding family on CBS sudser GUIDING LIGHT!

Check out the gallery below to see some familiar stars from daytime shining at night at the Golden Globes Awards and the various parties surrounding the ceremony!

Jacklyn Zeman Looks Back at 40 Years on GH

Laura Wright Ran in the New Year With Boyfriend Wes Ramsey and His Family!