While GENERAL HOSPITAL fans are desperate to have Bryan Craig back as Morgan Corinthos, they’ll just have to take heart that they’ll be able to see him in the upcoming movie American Fighter! “We’re out here working hard,” the actor shared with a photo from the set. “Can’t wait to share this film with you all.” 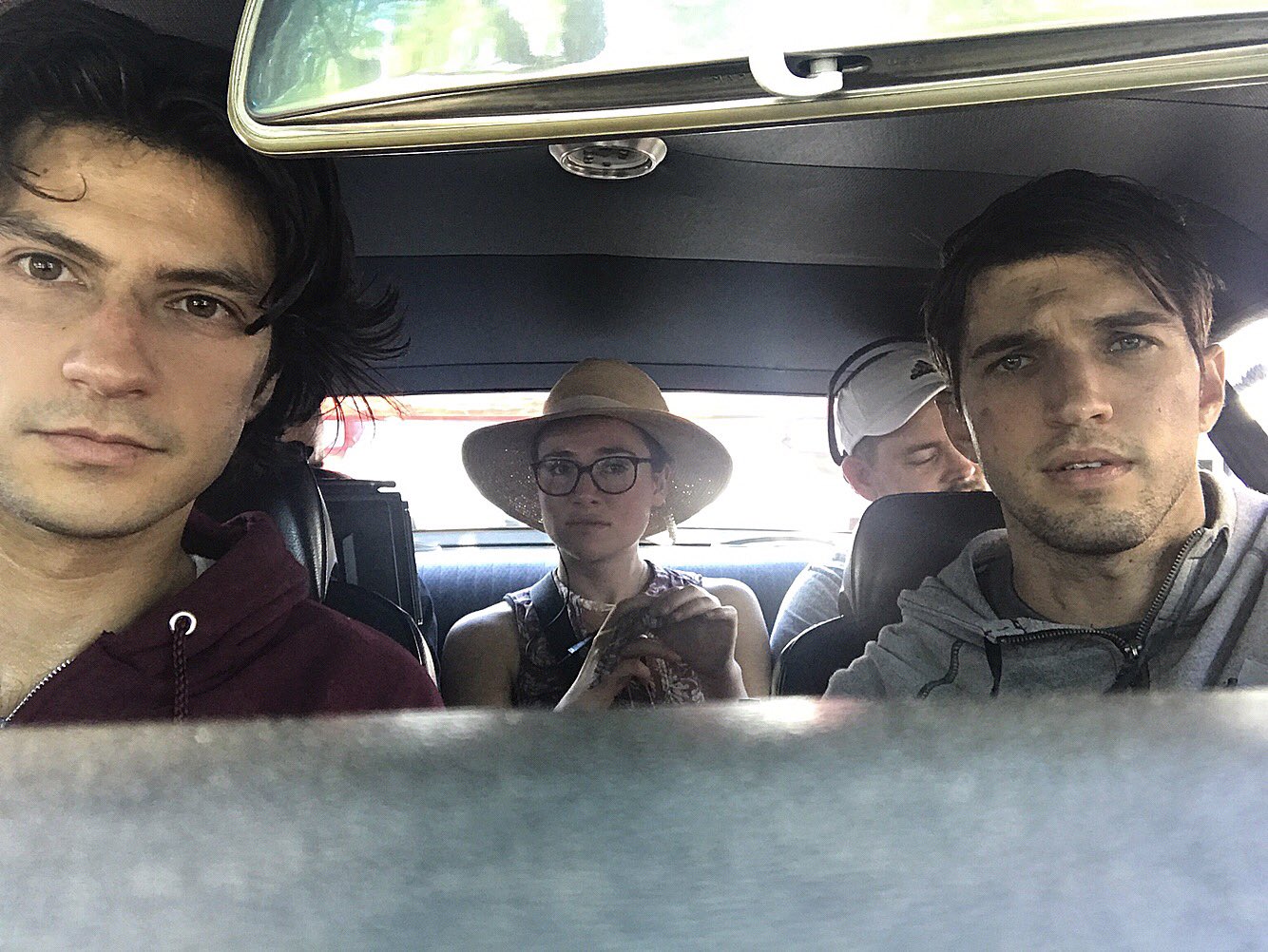 The movie only just started filming on June 6, so it’s going to be a while before Craig’s fans will be able to see him in action. ESX Entertainment shared another first peek at the film by posting a photo of Craig with one of his co-stars, George Kosturos, from the very first day of shooting.

American Fighter is a sequel to 2016’s American Wrestler: The Wizard which told the true story of a young man’s escape from Iran in the ‘80s and finding his place in America on his school’s wrestling team. It starred Kosturos with Jon Voight, William Fichtner (Josh, AS THE WORLD TURNS), and Kevin Schmidt (ex-Noah, THE YOUNG & THE RESTLESS). Unfortunately at this early time, details regarding the plot of American Fighter aren’t available. Though Craig did share a photo on his Instagram of one of his scenes playing on a monitor.

MUST SEE: Kirsten Storms Back at the GH Studio!

Craig worked with Kosturos on his last film, Ride, which tells the real-life story of John Buultjens, who became a champion BMX rider. That film is currently slated for release on Nov. 10, but as more details about when and where you’ll be able to watch it are released, we’ll be sure to let you know!

With Craig so busy, it seems unlikely that Morgan will be brought back from the dead on GH. Although the two-time Daytime Emmy winner insists that he’s open to resurrecting the popular character. “I’d be more than thrilled to come back,” he told Soaps In Depth. However, it would have to be on a recurring basis so that he would have the freedom to continue pursuing other projects.

It’s not a surprise that Craig would want to work with his GH castmates again, judging by all the fun selfies he took with them during his time on the soap. You can check them out in the special gallery below and remember the good old days!

So there’s still hope that Morgan will return from beyond the grave, but until then, fans will just have to enjoy seeing Craig showing off his impressive acting chops outside of daytime!