Julian and Alexis have become one of the most popular couples on GENERAL HOSPITAL from the moment they reconnected in 2013. But unfortunately, since she’s an attorney who upholds the law in Port Charles and he’s a mobster who keeps breaking it, the pair often find themselves at odds! But Alexis’ portrayer, Nancy Lee Grahn,” teased “Julexis” fans by tweeting: “Just filmed interesting scenes with William deVry (Julian) to be aired next month. Is Julexis unstoppable? I know the fans are. Stay tuned.” 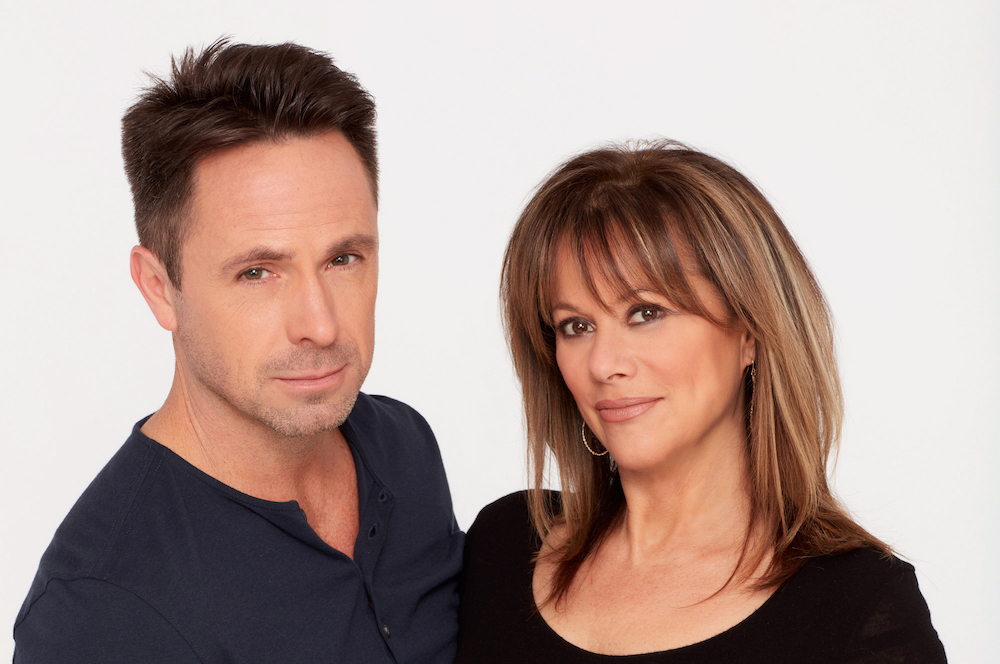 Although Julian vowed to leave the mob and Alexis became his wife in February of 2016, their marriage was short-lived as he fell back into his life of crime. He stabbed Carlos, who eventually died of his wounds, and after Alexis agreed to keep his secret, he let her take the rap for his murder! When Alexis wore a wire to help the cops nab Julian, he threatened to slit Alexis’ throat with the same knife Helena Cassadine used to kill her mother!

All couples have their ups and downs, but attempted murder is kind of difficult to come back from. However, after Julian revealed that all of his recent crimes (just the recent ones, mind you) were the result of his psychotically evil sister, Olivia, forcing him to do them, Alexis began to soften towards her ex. She still clearly has very passionate feelings for Julian and he feels the same for her. But can they get past the violence and hurt?

When GH fan Dave Jordan tweeted: “I love Julexis, but that is the most misogynistic storyline in recent memory. Even for GH,” Grahn responded with: “I’ve faith that will be addressed.” And deVry chimed in to argue that Julian was protecting Alexis in his own way. “Even if it looks bad,” he said. “She was worse off dead. That’s how they are playing it.”

So while “Julexis” fans wait to see what’s next for their favorite couple, take a look back at some of the couple’s sexiest moments in our special gallery below! It’s hot stuff!