The Emmy-winning actress decided to leave her full-time gig at GH to pursue opportunities behind the camera, and earned a spot in the Disney/ABC Directing Program. There, she shadowed professional television directors to learn first-hand how the job is done, and is now showing off her skills by directing an episode of PRETTY LITTLE LIARS. 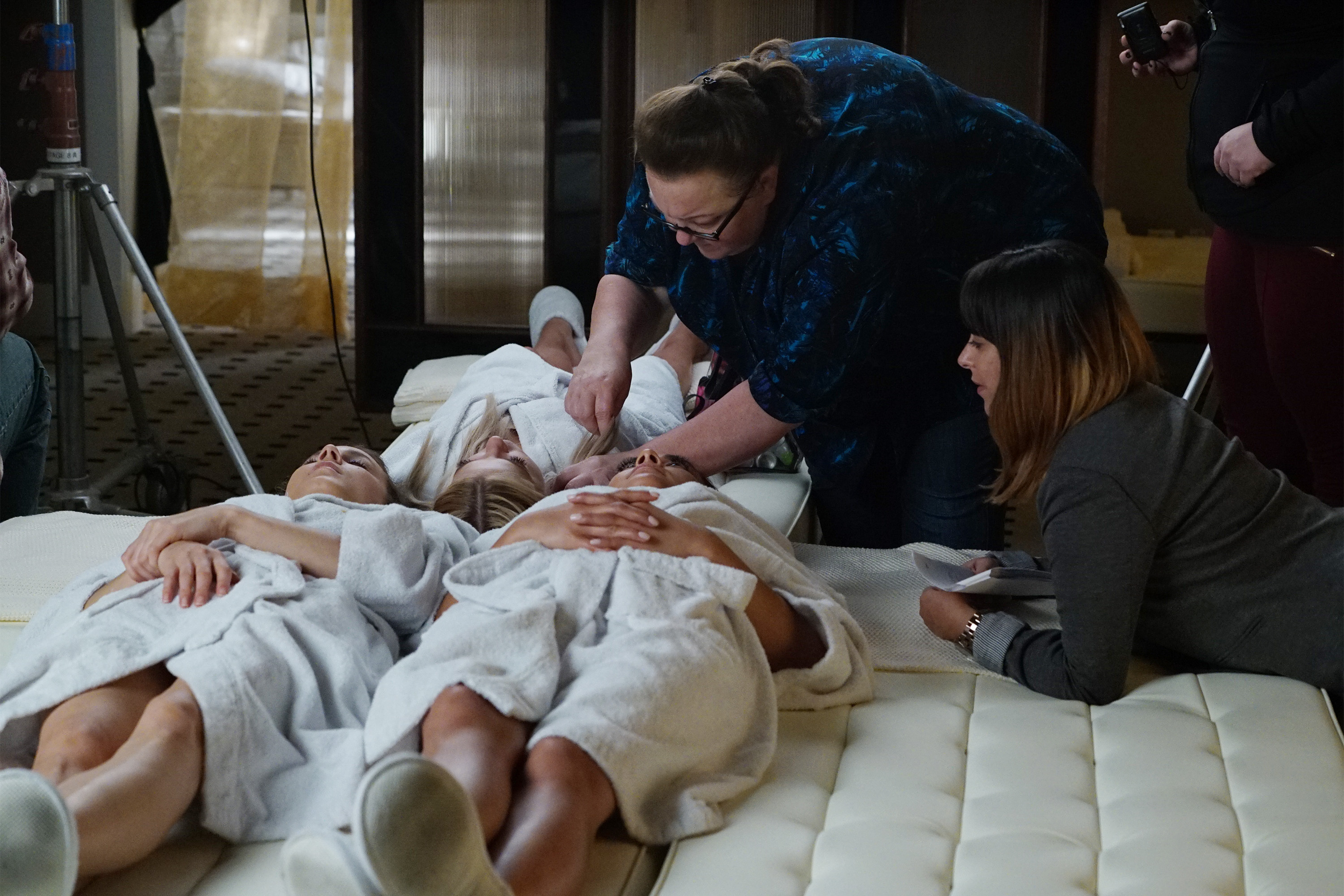 McCullough admits that having to wait six months between being told she had the job and actually getting behind the camera was tough, but it gave her time to do research. “It’s a lot like a soap opera,” she tells Soaps In Depth. “So I started at season one and I watched every single episode. And I would write diaries about the character and what they were going through so I was really clear on the history. It’s a very intertwined, twisty-turny kind of a show.”

The actress-turned-director is as eager to see the finished episode as the fans are. “I have my director’s cut,” McCullough explains, “but after the director’s cut, the producers cut it again, and then the network cuts it after that. I don’t see the final result until it airs, just like everybody else!”

But she’s hopeful that everyone will be happy with her work so she can helm another episode in the future. “I mean, that’s the goal,” McCullough smiles. “To do a good job and be asked back!”

The episode, “The Gloves Are On,” airs Tuesday, Jan. 26, at 8 p.m. on Freeform (previously ABC Family). DAYS OF OUR LIVES alum Blake Berris (ex-Nick) makes his debut in the new recurring role of Damian Hayes in this same episode, and you can watch a preview right here!

Don’t miss an ALL NEW episode of #PrettyLittleLiars on Tuesday at 8pm/7c on Freeform, the new name for ABC Family! https://t.co/CRPvYy0CVF

For more from McCullough on her future projects, don’t miss her interview in the new issue of ABC Soaps In Depth, on sale now! Berris’ own interview about PRETTY LITTLE LIARS is in the CBS issue going on sale Monday, Jan. 25.

And to sample McCullough’s skills with a camera, check out her gallery of behind-the-scenes pics from her last day at GH!