Fans of GENERAL HOSPITAL who have been missing Maxie and worrying about her marriage with Nathan can take heart that her portrayer, Kirsten Storms, is doing much better after taking some time off from the soap! In fact, the actress recently shared a selfie with a mystery man that she captioned: “Date night!”

MUST SEE: Laura Wright Introduces Fans to the New Man in Her Life!

Storms made a point of cropping out most of her date’s face and didn’t mention a name, which had fans wildly speculating about his identity, trying to figure out if he’s a celebrity they might recognize. And when a website reported that she was dating musician Zach Webb, the actress immediately refuted the rumor on Twitter. “The blogs saying Zach Webb and I are dating are false,” she posted. “He’s one of my best friends and is also in a relationship.”

When a fan remarked on how annoying it must be for her to have to post corrections like this, Storms replied jovially: “It’s all good. Gave me a giggle.”

Back in 2013, Storms married her GH co-star Brandon Barash (ex-Johnny), and the two welcomed daughter Harper in 2014. Sadly, in 2016, the couple filed for divorce, but assured fans that the split was amicable and that they would both continue to co-parent their little girl.

Fans are eager to see Maxie back in Port Charles again, but have been understanding and supportive of Storms’ need to take some personal time. And it seems to be doing the trick, as the actress has given herself a makeover, spent some quality time with Harper, and hung out with her BFF Emme Rylan (Lulu) crafting. She’s also revealed on her Instagram that she’s organizing her purse collection and binge watching HOUSE OF CARDS! 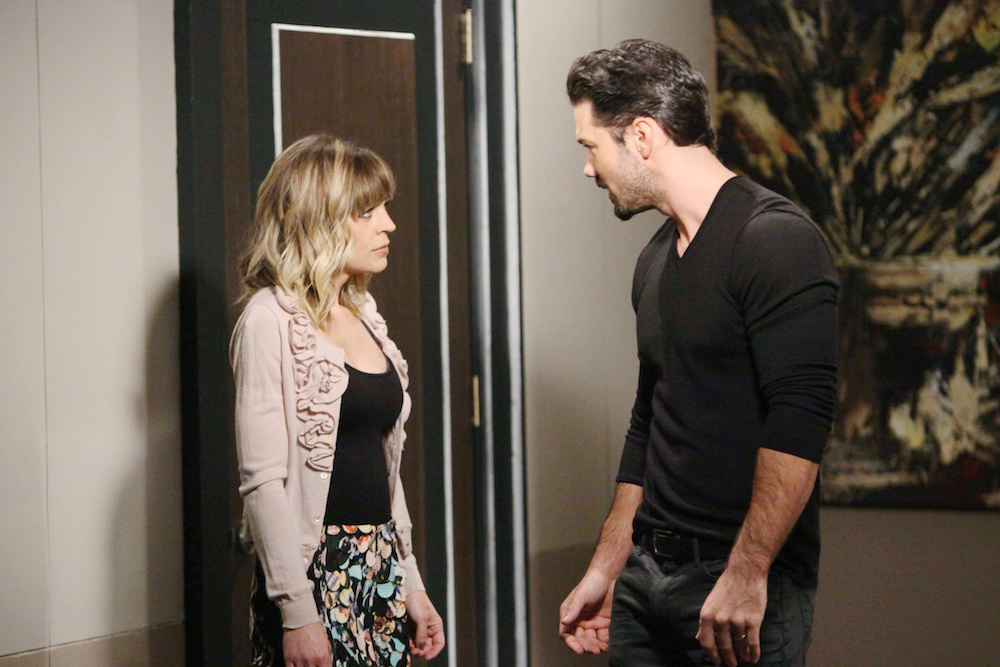 On GH, Maxie is currently off in Portland for work, leaving Nathan behind in Port Charles all alone. Storms has promised her fans that she’ll be back “soon-ish,” so it should only be a matter of time before Maxie comes home and she and Nathan can finally start married life together properly!

Check out some of Storms’ fun selfies with her GH castmates in the special gallery below!