Sure, the musical numbers and performances are what everyone looks forward to at the GENERAL HOSPITAL Nurses Ball every year, but just as important is the red carpet. And while it might be a bit of a stretch to think that anyone in the world would actually be watching live television to see the doctors, nurses, and regular residents of Port Charles attending charity gala, it’s still a lot of fun to see what they’re all wearing! 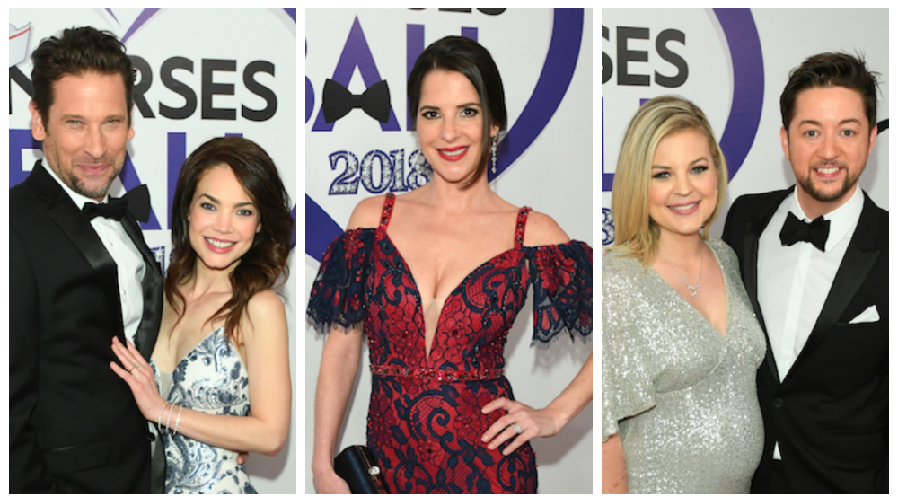 Sparkles seemed to be a theme, with a pregnant Maxie looking just stunning showing off her baby bump in her silver sequined gown, and Liz and Sam’s dresses also caught the light in a magical way. And if Alexis’ black sleeveless top and tasseled skirt looks familiar, it’s because portrayer Nancy Lee Grahn also wore it for the red carpet at this year’s Daytime Emmy Awards!

We can’t decide between Nina, Maxie, and Josslyn for our favorite dress, but take a look through the gallery below and make your own judgements so you can vote in our poll below. (Don’t worry, if you can’t make up your mind either, you can vote for more than one outfit!) But everyone can agree that Lucy definitely had the best accessory with Dutch the llama!

Who do you think was the best dressed of these ladies at the 2018 GH Nurses Ball?

Get Your First Look at Bryan Craig in His New Soap

Watch the GH Anniversary Tribute Video Over and Over Again