Daytime star Ryan Paevey (Nathan, GENERAL HOSPITAL) is a man of many talents. The motorcycle-riding gym rat who brings Detective Sexypants to life can build just about anything, capture breathtaking scenic photos, mix you a killer drink and even help you get that business of yours off the ground. These days, however, the artisan who launched the brand Fortunate Wanderer has gone crazy for making jewelry. 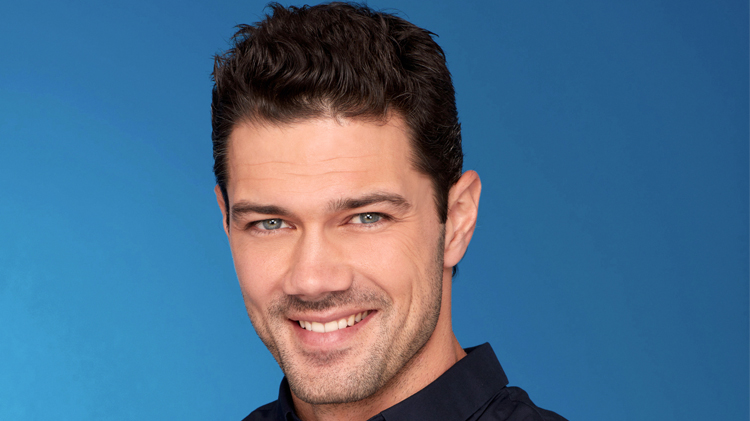 The Birth of a Business

Since returning from shooting his Hallmark movie, Harvest Love, in Canada this summer, Paevey has been on a tear. “There’s maybe a square inch of my coffee table that’s not covered in scraps and crystals,” he chuckled to Soaps In Depth when we caught up with him. “I haven’t showered yet today. This is the jeweler’s equivalent of Howard Hughes going crazy. I’m crafting. As always. I spent some time looking at a couple of aesthetics I really liked and seeing if I could duplicate them — and it turns out, I can!”

Paevey’s the type who needs to keep his hands busy at all times, and the former construction worker has GH fans to thank for turning him into a full-fledged craftsman. “I used to make simple braided bracelets,” he recounts. “They were just little things for myself — nothing that would catch someone’s eye. But we’d do meet-and-greet events all over the country, and people would comment, so I would just take them off my wrist, give them to people and tell them where the bracelets had traveled with me.”

Fans soon started asking where they could buy the bracelets, as well as the biker’s gorgeous travel pics featured onInstagram. Thus Fortunate Wanderer was born… and Paevey dove down a jewelry-lined rabbit hole!

This is Brenden, and he is a genius. Not on social media yet, but I think that's a good thing…. Instant bff on set, who happens to be really into stones and gems, so I showed him my on set workshop, and boom, instant apprentice too. We worked on a piece together today for his lady friend at school, and it was maybe the best hour ever. All the feels. @hallmarkchannel #beingproductivebetweenscenes #makinfrens #workwithyourhands #createsomething #sharewhatyouknow #lifeofadventure

The actor had actually been inspired to launch the site to sell his photography, but the jewelry line quickly took off. Only last year, he told Soaps In Depth that he’d probably get bored with the bling. Instead, he’s found a new passion. “I’d missed using tools and working with my hands, and it made me happy to be doing that again,” he says. “Now, I work at it daily, and the things I make have become increasingly more complex. What started as braiding cord turned into braiding metals and researching stones and metals and how to combine them. I’ve got some crazy pieces sitting on my table now — and I’m pretty stoked about that!”

Since he started working with stones and crystals, Paevey admits he’s also gotten “a bit more metaphysical.” This summer’s eclipse even had him working on his roof. “I had this giant, beautiful piece of quartz from a road trip, and I thought the eclipse might put some good juju into the piece I was making. Then, because it was done during the eclipse, I didn’t want to exchange it for money. I needed a better purpose for it.”

Not 30 minutes later, one of his regular customers E-mailed that her mother had just passed. “I knew immediately,” he smiled. “That’s exactly who it was for. I let her know there was a little magic coming her way.” 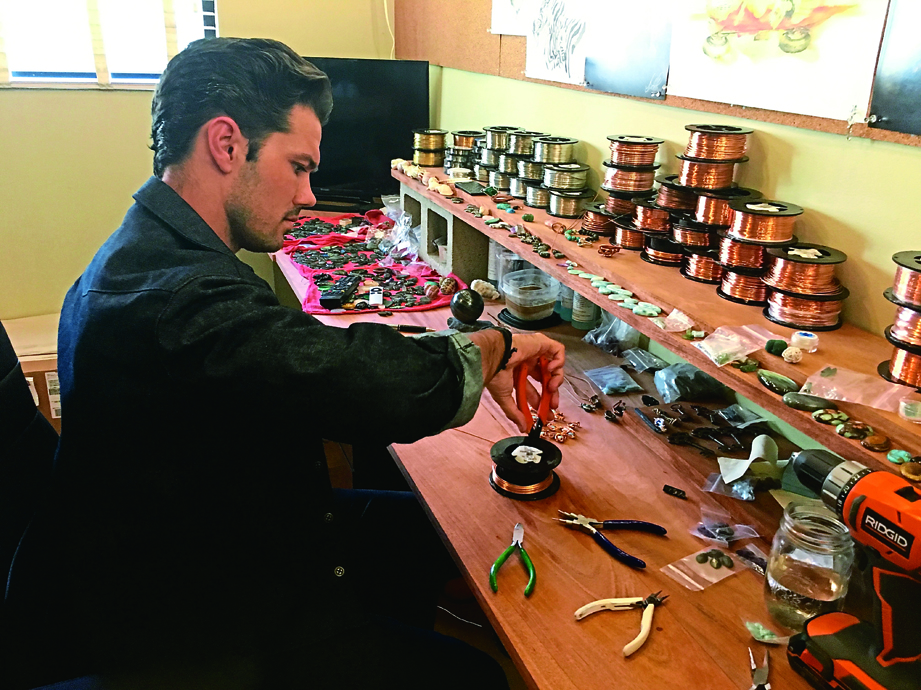 Sharing Tools of the Trade

While Paevey also recently donated his remaining inventory to Irma and Harvey relief, don’t misunderstand his giving nature: Fortunate Wanderer is a serious small business, and the owner is looking to succeed. “I’m enjoying this little journey, and I’m fortunate it’s done well,” he says. “It’s taught me a lot — as did becoming an actor.”

Back when the bartender first signed up with GH, he actually paid his business manager an hourly rate to teach him the ropes. “There’s so much we don’t learn in school, so I invented my own little course,” he recalls. Now he’s helping his friends. “I don’t know everything, but I’m happy to share what little tidbits I’ve gained.”

One lesson Paevey’s learned is to offer jewelry at a variety of price points — especially now that he’s so skilled! “I try to mix it up,” he says. “There are some pieces that are much more affordable, and then there are some crazy pieces I spent a lot of time, energy and materials on. Something for everyone.”

Except often, there’s not actually enough for everyone You can check out his collections at FortunateWanderer.com (in The Lab) to see why Paevey’s creations sell out so fast! And you can browse through some of his stunning creations in the photos below, including that unique creation birthed during the eclipse!