It’s finally time for the truth to come out on GENERAL HOSPITAL!

Franco continues to gently try to get answers out of Jake, but the boy’s behavior is becoming more and more erratic. Now that Jason is back home as well, can he finally take what he learned on Cassadine Island and help get his son back to normal? Meanwhile, a furious Valentin tells Anna that her actions have destroyed his relationship with Nina, but does he know that the woman he’s confronting isn’t actually Anna Devane at all? 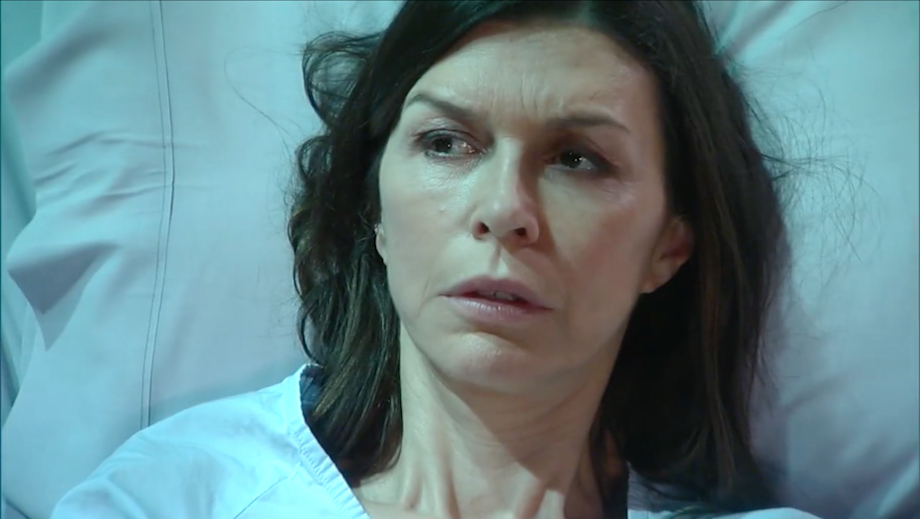 Scott is surprised to see Alexis in the courthouse, not just because she’s still suspended, but also because it’s time for Julian’s hearing. Is she there to support him or watch him hang? However, Julian may just have a get-out-of-jail-free card because his attorney informs him that he could strike a deal to avoid prison! But the biggest mystery of all is about to be solved as Anna wakes up in a mysterious hospital with no idea where she is or how she got there! What is really going on, and who is that woman walking around Port Charles with her face?

Check out these spoilers from today’s shocking episode, and for more GH previews, keep reading the ABC edition of Soaps In Depth magazine!