Lives hang in the balance on the next GENERAL HOSPITAL!

As Amy tries to help Nathan with his troubled marriage to Maxie, Dante finds himself worrying about someone he cares for. And while Lulu and Laura start to put the pieces together, they may already be too late as Jake holds the Chimera canister and is ready to open it as the finale of his magic act! Valentin attempts to rush the stage as Anna holds him back, and Jason takes a quieter approach to prevent his son from doing something that could doom everyone in Port Charles. But with Helena still spurring Jake to action from inside his head, whose voice will the child listen to?

MUST SEE: Go Behind the Scenes of the 2017 GH Nurses Ball! 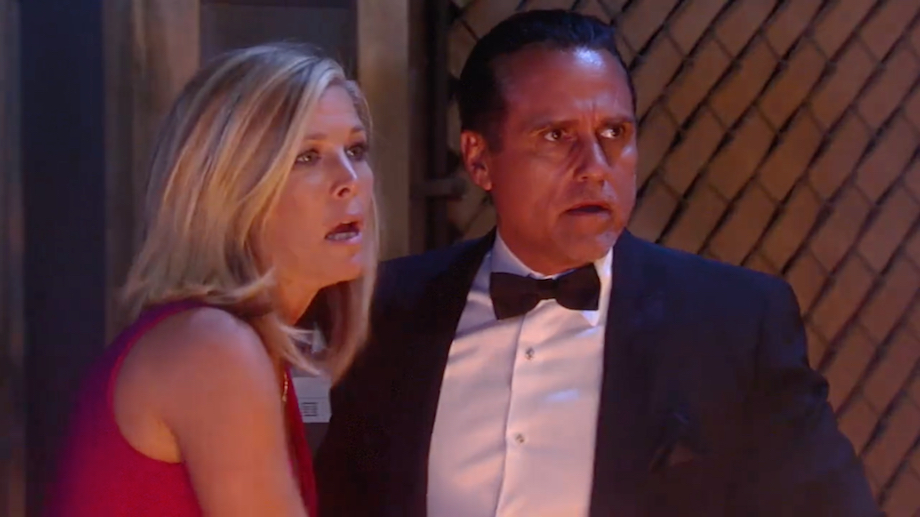 Meanwhile, in the Jerome art studio warehouse, Carly and Sonny have finally forced a confession out of Ava where she admitted to tampering with Morgan’s meds. But while the Corinthos may want to take revenge on Ava, she’s not quite done with them yet! Having smashed a lantern and causing a fire, Ava pulls out a gun to threaten Sonny and Carly! Does she believe the only way to protect herself is to silence them once and for all?

Do not miss these spoilers from today’s thrilling episode in the gallery below, and for more GH previews, keep reading the ABC edition of Soaps In Depth magazine!

MUST SEE: Can Valentin Cassadine Be Redeemed?