Mysteries deepen on the next GENERAL HOSPITAL!

Outside at the park, Michael runs into Nelle. Will he continue to push her away or might Michael finally admit he still has feelings for the young woman? Martina agreed to work for Carly as her lawyer, but as the divorce proceedings get more complicated, she isn’t sure what to make of Carly and Sonny’s relationship. And although Ava and Sonny appear to have reached an understanding where raising Avery is concerned, he warns her not to get too comfortable!

MUST SEE: The Troubled Past of GH’s Jake Spencer! 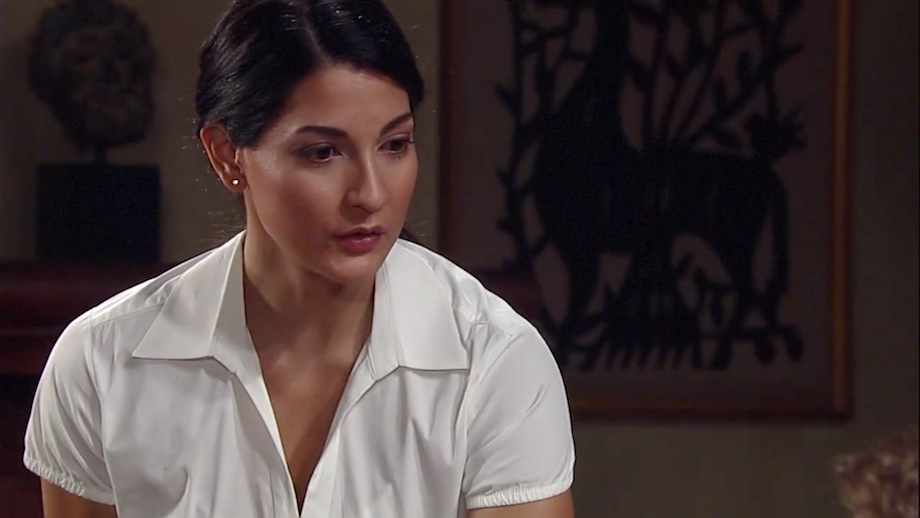 At the hospital, Liz and Franco fill Sam in on a possible solution to figuring out just what Helena did to Jake on Cassadine Island during those missing years of his life, but could it be too dangerous to try? Meanwhile, Jason is at a bar where he encounters a mysterious woman from his past! Just who is she and what does she have to do with the mysteries surrounding Jason and Jake?

Check out these spoilers for today’s exciting episode, and for more GH previews, keep reading the ABC edition of Soaps In Depth magazine!

MUST SEE: Glamorous Photos From the GH Emmy After Party!