Everyone’s looking for answers on GENERAL HOSPITAL, but not everyone will like the answers they get!

Griffin suggested she’s suffering from PTSD after everything that happened with Olivia and the birth of her baby, but Sam isn’t convinced. And while she insists she’s made of stronger stuff, Sam does open up to Kevin. Might he be able to help? Jason is after answers of his own, confronting Helena’s henchman on the roof of General Hospital. When the goon proves uncooperative, Jason takes matters into his own hands… well, fists! When things come to blows and Jason demands to know what’s really going on, will he finally learn the truth about Helena’s mad scheme?

MUST SEE: Amazing Family Photos of Daytime Actors Who Are the Best Dads! 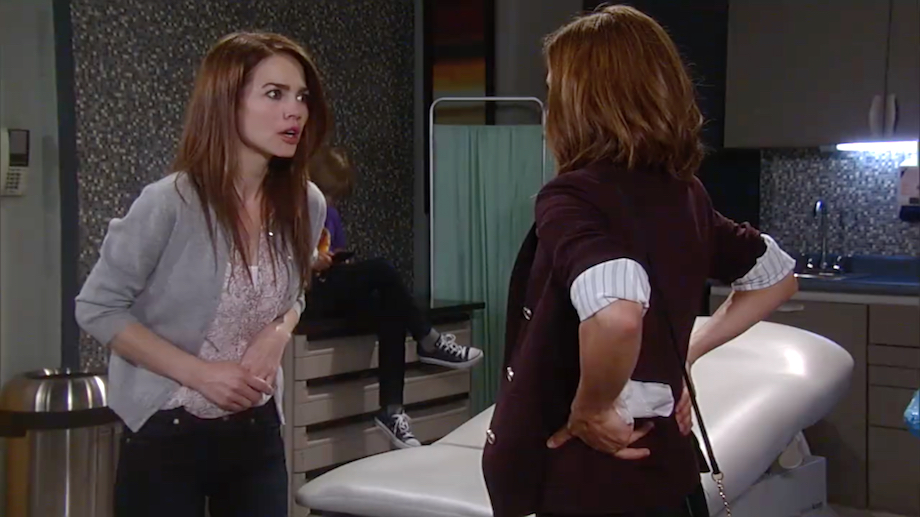 Now that he’s back in Port Charles, Spencer is making his presence known, and trying to keep his father’s memory alive. But the kid may be going too far, as Lulu worries that he’s done something to upset Charlotte. Nathan wants to find a way to help Amy, but she keeps pushing him away. When will she open up and let someone in? And Liz gets some unexpected news when she learns something that could change her relationship with Hayden forever! Might the estranged siblings finally start to become a real family?

MUST SEE: GH Alum Annie Ilonzeh Opens up About Her Emotional New Role!