It’s time for some tough talk on the next GENERAL HOSPITAL!

Sonny and Carly have found themselves drawn back together over the drama surrounding Ava’s confession and subsequent near-fatal accident, and even shared a tender moment that led to a kiss! But their reunion was interrupted by Josslyn, and now Carly has some more news for Sonny that might just break his heart. And while Nina has decided to end her marriage, Valentin is still in her thoughts. Does she hope that he’ll be released from prison so they could have a fresh start? And Amy continues to use Nathan to further her own career, but it might just be time for the cop to put a stop to the whole crazy scheme!

MUST SEE: 12 Times that GH’s Brandon Barash Was the Best Dad Ever! 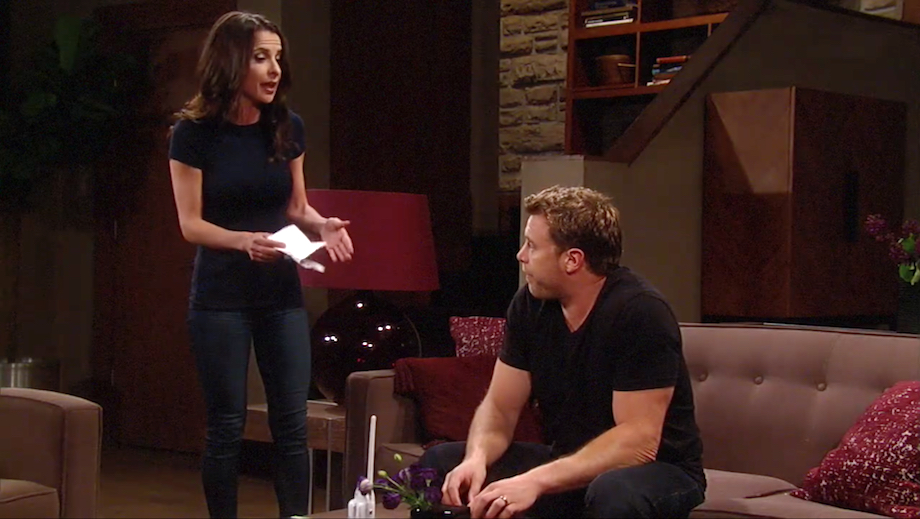 Although they were able to prevent Jake from succumbing to Helena’s influence and unleashing the Chimera virus into Port Charles, the boy is still not out of the woods. Jason is determined to uncover exactly what Helena did to his son so he can put a stop to her evil once and for all, but it’s proving more difficult than expected and Sam isn’t having it anymore. While Andre works on figuring out a way to help heal Jake’s mind, it could take a lot more than a shrink to repair the fractures forming in Jason and Sam’s marriage! Will his obsession with saving his son cause Jason to lose his wife?

MUST SEE: Bryan Craig Shares a Sneak Peek at His Exciting New Project!