Congratulations to the writing team of GENERAL HOSPITAL who took home the Writers Guild of America Award in the Daytime Drama category! 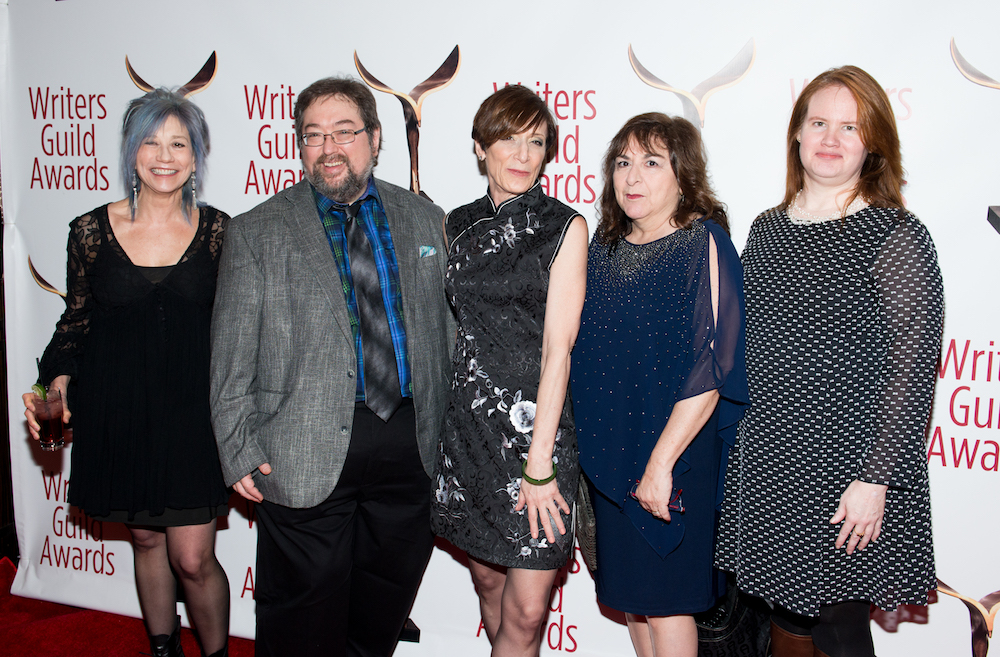 At the West Coast ceremony, Cascio took to the podium to declare, “On behalf of the GH writing team, we’d like to thank the guild for honoring our work. Thanks to Rebecca Campbell, Vicki Dummer, and Nathan Varni at ABC for championing the show. Thanks to the producers, directors, staff, cast and crew of GH. And special thanks to our executive producer, Frank Valentini, for his energy, creativity, and his tireless commitment to bringing the writing to life. Thank you all very much.”

Passanante tweeted a picture of the trophy perched on their table at the East Coast ceremony, writing, “Congrats to my wonderful GH teammates on our Writers Guild Award!”

Congrats to my wonderful #GH teammates on our Writers Guild Award! pic.twitter.com/JC4KCnFFhD

She also shared a selfie with co-writer Shelly Altman, giving themselves the “squish” name “Jelly!”

Jelly at the #WGA AWARDS. So glad @MichelleAltman1 is my partner. Lucky me. pic.twitter.com/IfFrQ0j3uX

MUST SEE: GH Stars With Their Real-Life Siblings!

GH has taken home the trophy the last two years in a row, and Passanante herself has some at home from her previous stints on AS THE WORLD TURNS, ONE LIFE TO LIVE, and ALL MY CHILDREN. Although nominated multiple times in the past, this is Altman’s first time on a writing team that has taken home the prize.

Unfortunately, as GH was the only soap nominated in the category this year, their win was pretty much a given. But you can watch their gracious acceptance of the honor right here!

The writers of GH have always done an amazing job over the years, especially when having to pen shocking twists that incorporate unexpected casting changes. Check out some of the most memorable comings and goings in the special gallery below!