Sam has a lot to deal with on GENERAL HOSPITAL, what with now having two Jason Morgans to deal with, but actress Kelly Monaco found the time to do a little moonlighting back at DANCING WITH THE STARS! She returned to the ABC reality competition series for the third time, this time joining one of the season 25 couples for “Trio Night” on Nov. 6! “So excited to share the dance floor with my bestie Cheryl Burke and the legendary Terrell Owens next week on DWTS,” Monaco tweeted. 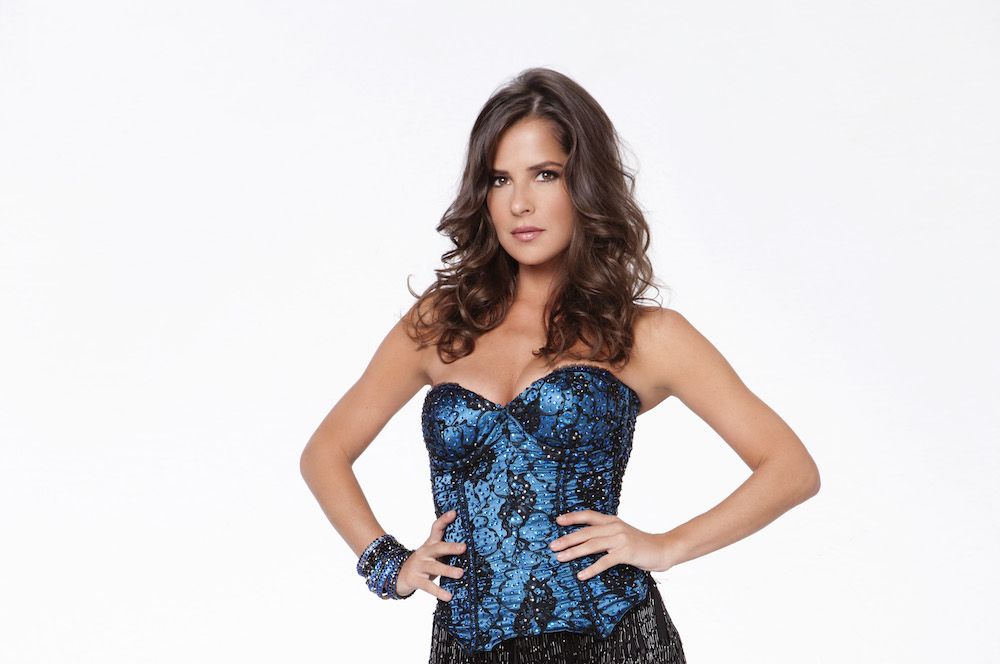 Sadly, the trio’s steamy rhumba to Niall Horan’s “Slow Hands” wasn’t enough to save the athlete, and Owens was finally eliminated. The football player had gotten off to a rocky start this season but improved as the performances continued, eventually earning better scores from the judges. In fact, Monaco had joked that she would go on a date with Owens if their dance scored a trio of perfect 10’s, but unfortunately that didn’t happen. You can see Monaco’s return to the dance floor right here!

The first time Monaco competed on DANCING WITH THE STARS, it was the show’s very first season, and although she got off to a rocky start, she and professional partner Alec Mazo ultimately took home the mirrorball trophy as the winners! The actress returned again in 2012 for the 15th season, which was a special All-Stars competition, but unfortunately, she and Valentin Chmerkovskiy only placed third. Although this did lead to Chmerkovskiy making a guest appearance on GH in 2012 as a boxer in Sonny’s gym.

Monaco may not have set the dance floor on fire during this round, but if you need a reminder of her impressive skills, take a look at some of her DANCING highlights below!