Aaron D. Spears has revealed that he will be returning to DAYS OF OUR LIVES as Lt. Raines! 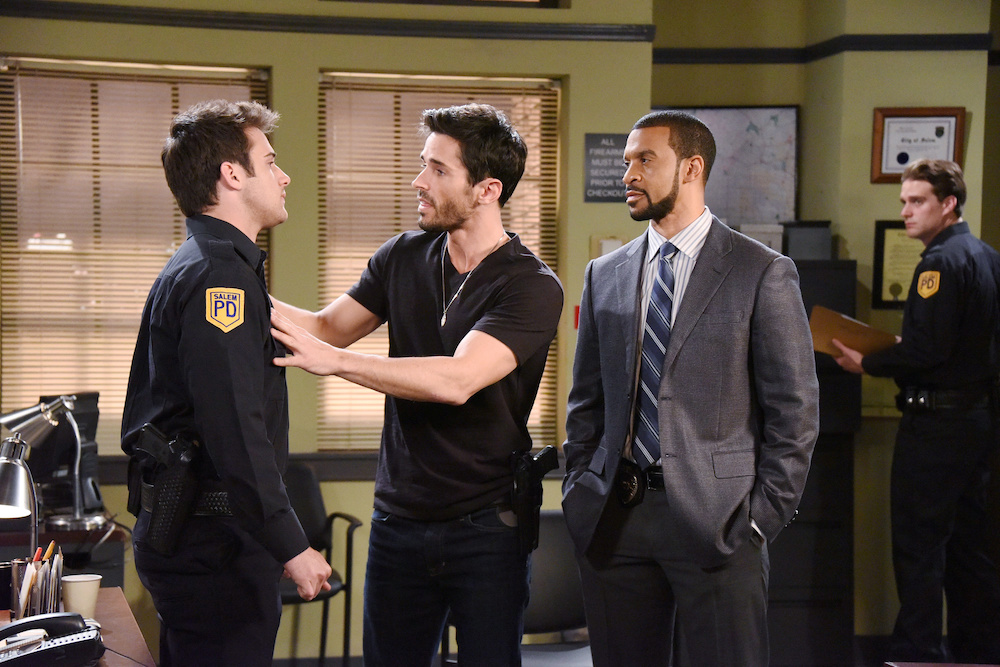 The actor made a brief appearance on DAYS back in September while still recurring on THE BOLD & THE BEAUTIFUL as Justin. But after a fan asked him on Twitter what happened to his character in Salem, he replied, “I will be returning with a purpose in 2017 to DAYS!”

Unfortunately at this time neither Spears nor DAYS has announced when he’ll be back on the canvas, or what storylines he might find himself mixed up in, so stay tuned! But B&B fans shouldn’t worry they’ve seen the last of Justin, either. Back when he first announced his DAYS gig, Spears promised viewers, “I’ll be doing both shows.”

Hopefully Spears has as much fun with the DAYS cast as he clearly does with his B&B co-stars! Just check out the gallery below!