Great news for fans — Kassie DePaiva is back filming as Eve Donovan at DAYS OF OUR LIVES! “She’s baaaaack…” tweeted the soap’s headwriter, Ron Carlivati. Unfortunately, due to the extended production schedule of the soap, while she’s taping now, viewers won’t actually be seeing her back in Salem until probably October at best! 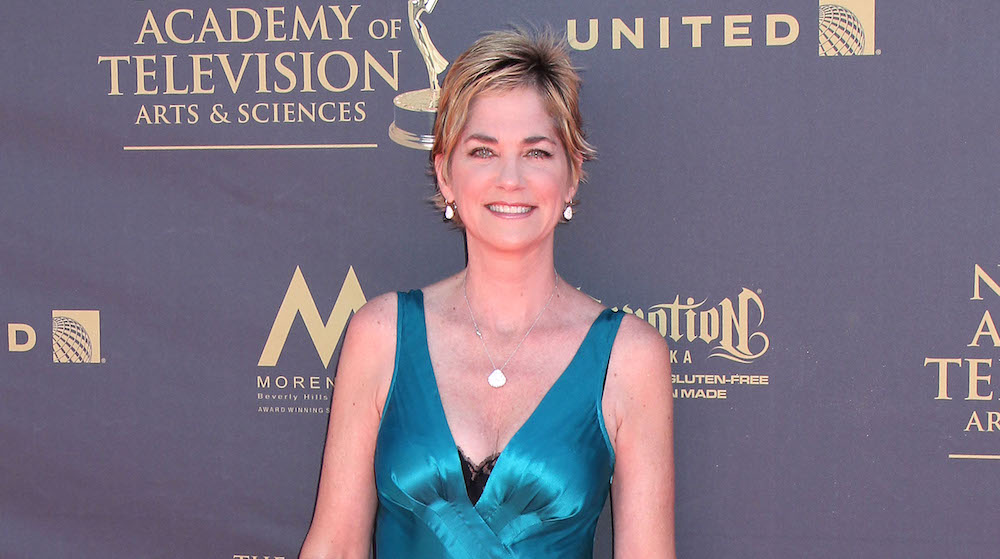 DePaiva joined DAYS in June of 2014 and has come and gone a few times over the years. She made a brief appearance in November of 2016 but had to exit again because during the filming of her most recent return to the soap, the actress had been diagnosed with Acute Myeloid Leukemia.

“I have a strong faith that strengthens me every step of the way,” DePaiva wrote on her blog at the time. “This has been a private matter but with Eve’s return coming soon I felt it was time to let my loving fans know what’s been going on.”

Thankfully, on World Cancer Day in February 2017, the actress shared the wonderful news that she was finally cancer-free! “To all of you who battle cancer,” she tweeted, “fight on! Trust the journey!” Fans enjoyed seeing the healthy and happy DePaiva with her husband James (best known as OLTL’s Max) at this year’s Daytime Emmy Awards.

Salem is certainly going to be hopping this fall, with Alison Sweeney coming back as Sami and Chandler Massey returning to the role of Will! The last viewers saw of Eve, she had returned to help Brady with Tate after Theresa left Salem, so what will she get up to when she comes back this time? You’ll have to stay tuned to find out!

See why DePaiva is so beloved to daytime audiences by checking out some classic photos in our special flashback gallery below!