Congratulations to THE BOLD & THE BEAUTIFUL alum Jennifer Finnigan (ex-Bridget) and husband Jonathan Silverman on the birth of their new baby girl! Ella Jack was born on Sept. 29, but the actress didn’t make the announcement public until she shared a photo of her little girl’s precious little footsie as a Flashback Friday a week later! “One week ago today,” Finnigan wrote, “on Sept. 29, after a 28 hour labor, our little girl was born into the world. Happy One-Week Birthday, Ella Jack. We love you very much.”

#fbf One week ago, after a 28 hour labor, our little girl was born into the world. Happy One-Week Birthday, Ella Jack 💕💕💕 We love you very much.

Just last month, the couple happily announced that their first child was going to be a baby girl. Of course, with Finnigan in Toronto filming her primetime series, SALVATION at the time, and Silverman at home in L.A., coordinating a gender reveal turned out to be a little tricky!

“I said, ‘We have to get a reveal cake,” Finnigan told People. “We called everywhere in Toronto and they were lovely, but it just wasn’t a common thing there. So I said to my incredibly sweet and lovely husband, ‘I’m going to need you to have the cake baked in L.A. and wrap it really well and put it on ice and bring that on your red-eye flight.’”

Silverman had been flying back and forth to Toronto where his wife had been shooting on location so that he could be there for every single doctor’s appointment, so this wasn’t too much to ask. His only fear was if the TSA cut into the cake and revealed the baby’s gender before it got to Finnigan! “But he arrived at my door at 6:30 a.m. and sliced into the cake and it was pink icing!”

When the hotel says "Kitchen is closed", and then you tear up, play the pregnant card, and say "BUT alllll I wanted was guacamole!!!!!!" And then they cave and bring you enough for 3 people. And you eat ALL of it. #36weekspregnant #playingthepregnancycard #guacamole

Finnigan had her baby shower back in late August, and Silverman shared a gorgeous photo where he is kissing her beautiful baby bump as she sits under a tree. “Wishing you love, laughter and millions more hugs and kisses,” he proclaimed. “I know this is going to be the best year of our lives.” And as a bonus, the day after her picture-perfect shower was Finnigan’s birthday!

Happy Birthday my gorgeous @jennigan1 😘😘😘 Wishing you love, laughter and millions more hugs&kisses. I know this is going to be the best year of our lives💖❤️💜

Silverman also shared another lovely photo of his expectant wife in her floral crown and lace dress holding her bump, thanking friends including her former B&B castmate Maeve Quinlan (ex-Megan) for making the day absolutely perfect. “The world’s most beautiful baby mama at the world’s most beautiful baby shower,” he wrote. “I love you, Jennifer. I sure hope our baby looks like you and not me!”

Finnigan announced her pregnancy back on June 7, declaring on Instagram: “Been wanting to share this news for a while now. So excited to finally be able to shout it out! Johnny and I could not be more thrilled!”

Finnigan starred as Bridget Forrester on B&B from 2000-04, winning the Daytime Emmy Award for Outstanding Younger Actress three times in a row, from 2002-2004. Since leaving the soap, she has appeared in primetime series like CROSSING JORDAN, COMMITTED, CLOSE TO HOME, and TYRANT. Finnigan most recently starred in the CBS summer event series SALVATION, filming the entire season while pregnant (which got a little rough towards the end). 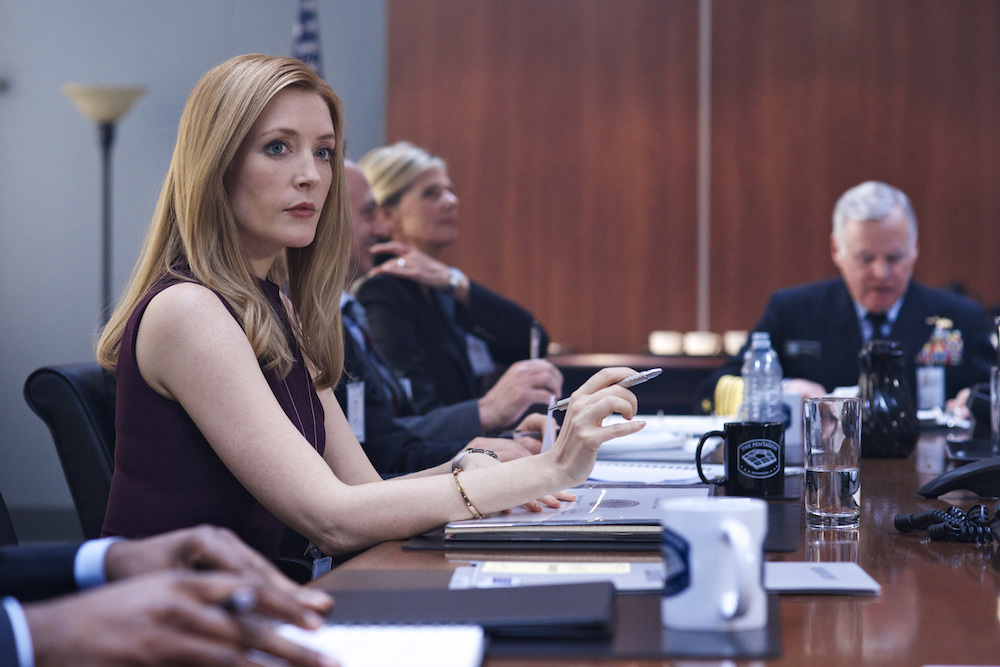 Finnigan and Silverman were married in June of 2007 on the island of Mykonos in Greece. The pair starred together in the 2008 sequel Beethoven’s Big Break. Silverman is best known for his role in the ‘80s comedy Weekend at Bernies and its sequel. He also starred in the NBC sitcom THE SINGLE GUY.

Fans and friends were quick to congratulate the happy couple on social media. Candace Cameron Bure commented: “Whoo Hoo! Congratulations!” and Kelly Kruger (ex-Eva, B&B; ex-Mac, THE YOUNG & THE RESTLESS) declared: “Ahhh congrats you guys!” One fan declared “This will be one gorgeous kid,” and we have to agree with her!

See what a wonderful family little Ella Jack will be joining by taking a peek through some of the cutest selfies Finnigan and her hubby have taken over the years in the gallery below!

Looking forward to all the photos of the beautiful baby bump leading up to the little angel’s birth later this year!