Fans of CBS reality series BIG BROTHER will see a very familiar face in an upcoming episode of THE BOLD & THE BEAUTIFUL when ousted contestant Jessica Graf appears on the soap! In real life, she is a VIP concierge, so it shouldn’t be too much of a stretch when she plays a hostess at Il Giardino in scenes with Kimberlin Brown (Sheila), Heather Tom (Katie), and Darin Brooks (Wyatt) on Monday, Oct. 2! “Heather and Darin and Kimberlin were so professional and so amazing,” Graf told Soaps In Depth 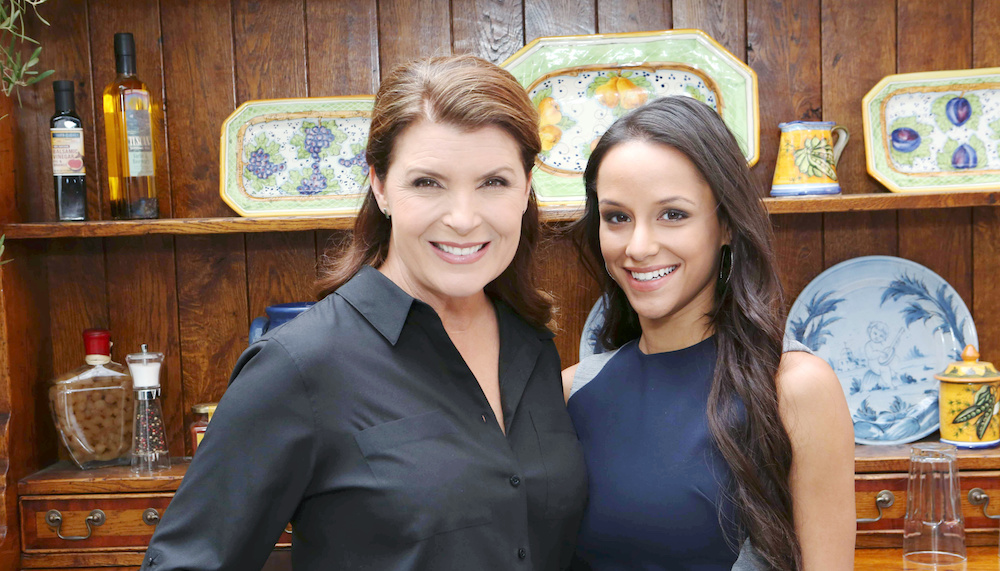 While some reality series contestants are eager to use that celebrity to launch a career in show business, Graf admitted she is being realistic about her future. “I’ve never been an actress,” she confided. “I can’t imagine that it’s something you can just roll into doing. The people that I was working with, I was just in awe of them. Being able to watch them first-hand made me want to get to that level, though, so maybe someday I will and this will keep rolling into something amazing. We’ll see how it goes!” In fact, Graf has already been back to tape another episode scheduled to air on Tuesday, Oct. 17, so who knows what the future might hold! 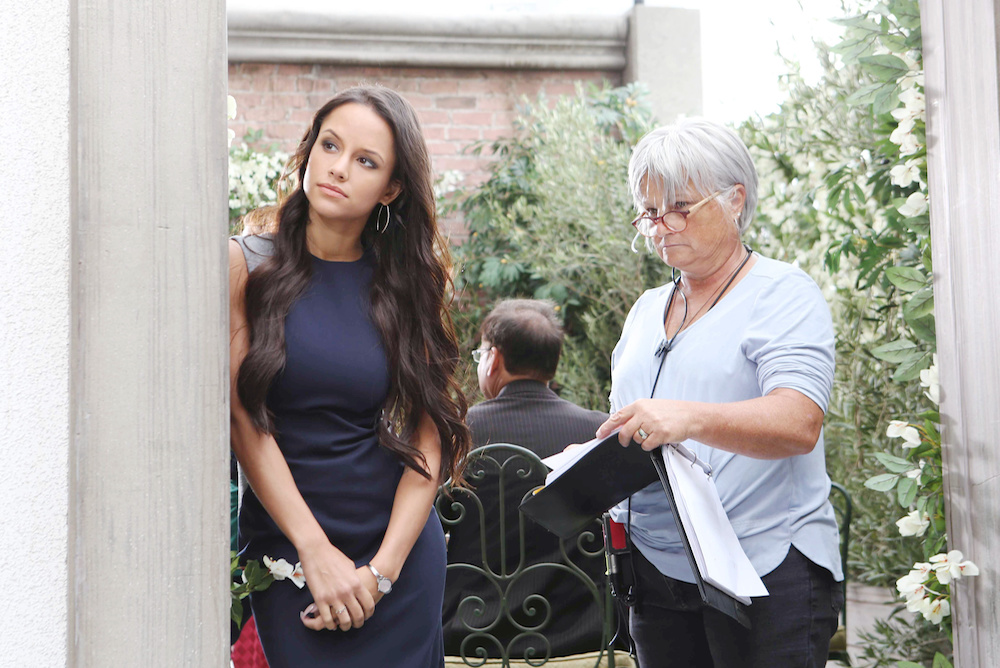 Graf behind the scenes at B&B. (Photo Credit: Howard Wise/jpistudios.com)

This isn’t the first time that a BIG BROTHER alum has appeared on B&B — the CBS soaps often play host to guest stars from reality shows like it and SURVIVOR. A number of contestants from the 16th season of BIG BROTHER appeared in a Halloween episode of B&B, and Rachel Reilly and Brendon Villegas made multiple appearances as wait staff at the Bikini Bar. Plus, the winner of Graf’s season, Josh Martinez, recently announced he’s making his own appearance on B&B! And at the beginning of August, former housguest Jessie Godderz appeared as a bouncer on B&B sister soap THE YOUNG & THE RESTLESS.

Los Angeles-based Graf was eliminated on day 51 of the reality show competition after her romance with fellow contestant Cody Nickson led to them both being perceived as threats in the house and they were both evicted by the other houseguests. In fact, Cody followed right behind his girlfriend, being sent home the following week. Graf’s character on the soap is named Jody, which is appropriate since that was the couple’s smush nickname given to Jess and Cody on BIG BROTHER. “I love how the writers incorporated who I am and what happened within the BIG BROTHER house into B&B,” she enthused. “There’s definitely some play on the things that occurred, so I think the fans will enjoy it.”

B&B has welcomed many different guest stars to its cast over the years, and some even became recurring roles on the soap! Check out the gallery below and see how many you remember!