It was 35 years ago that Nikki and Victor first entered each others’ lives on THE YOUNG & THE RESTLESS, and their portrayers, Melody Thomas Scott and Eric Braeden were delighted to receive a cake from fans celebrating the supercouple’s anniversary! 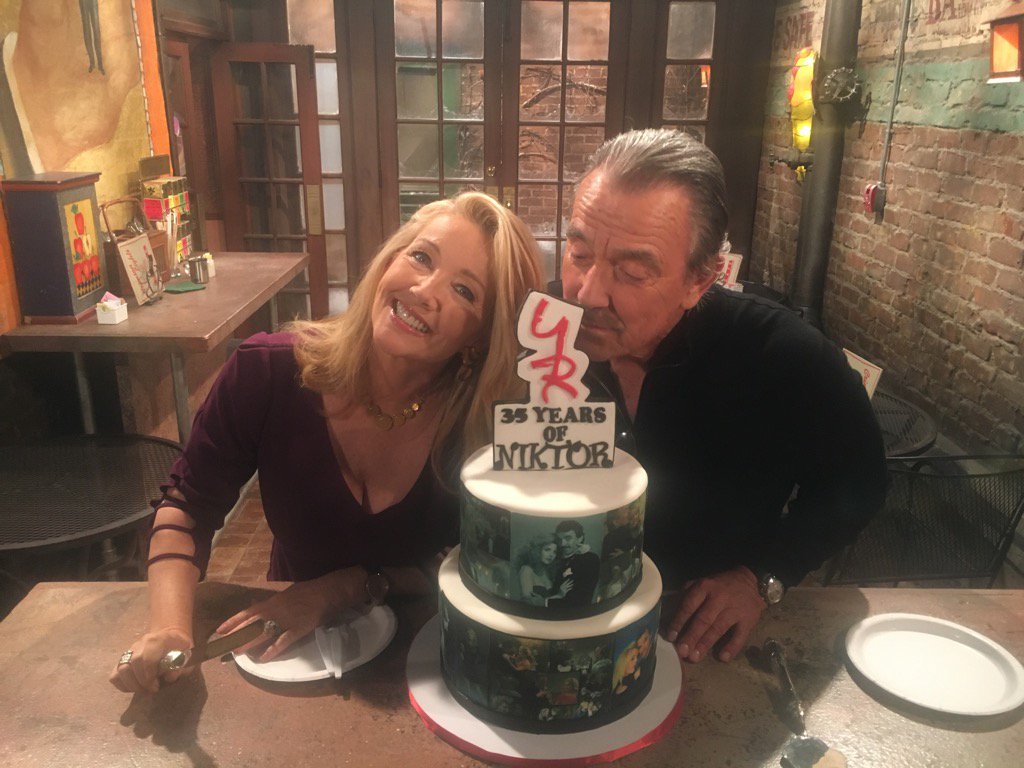 “Thank you so much, ‘Niktor’ fans!” Scott tweeted. “Just had a beautiful cake delivered to set in honor of Nikki and Victor’s 35 years together!”

Victor met Nikki when she was working as a stripper at the Bayou, and intrigued by her potential, transformed her into a classy young woman. Despite insisting he felt nothing romantic for Nikki, the two naturally ended up in bed together! And while Victor attempted to distract himself with Lorie, he eventually admitted that Nikki was his true love. She gave birth to his daughter, Victoria, and the couple were married in a lavish ceremony.

MUST SEE: Get the Address Where You Can Send Get Well Cards to Y&R’s Max Page! 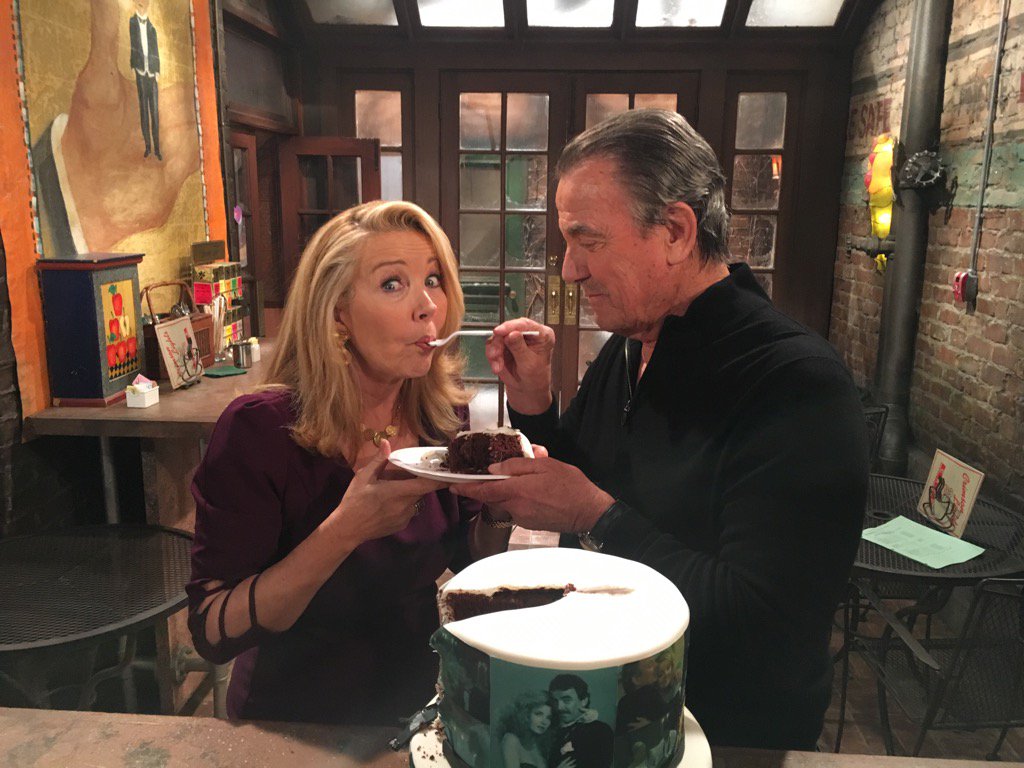 “Of course we had to stop tape just for a few minutes to get a bite,” Scott confessed. “Yum, yum! Thank you so much!”

Nikki and Victor have had their share of ups and downs over the years, breaking up and reuniting multiple times. Heck, with all the drama they’ve gone through over the years, it’s a wonder they’ve only had three weddings! 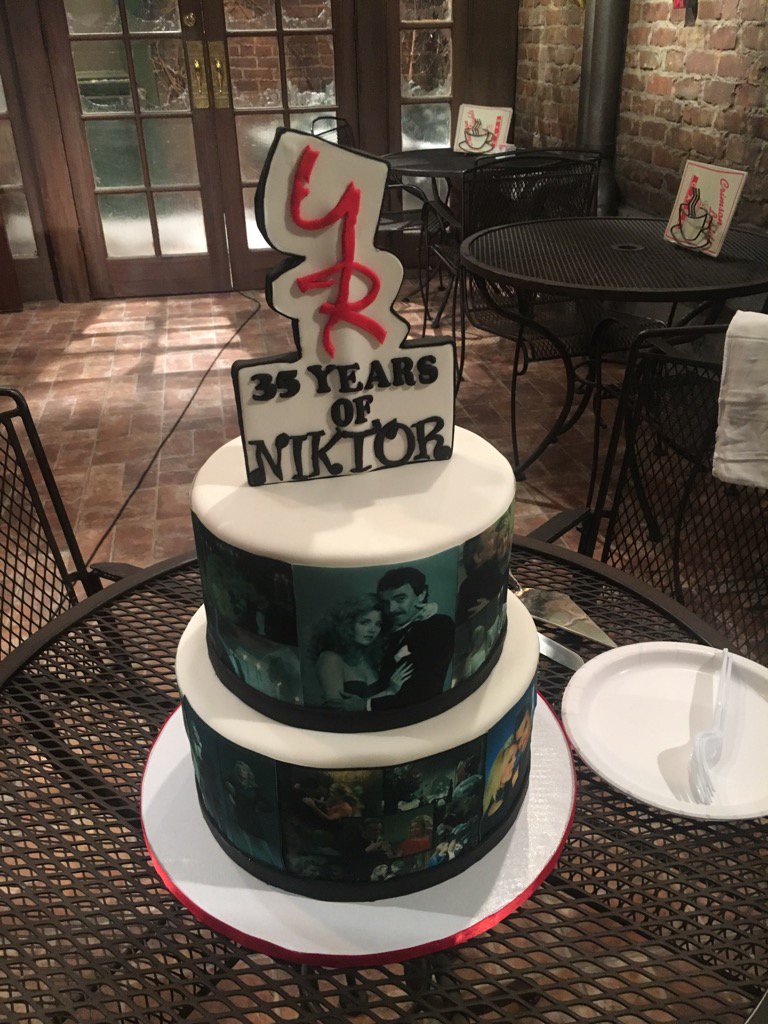 After sharing a close-up photo of the cake to show off the detail of the various photos adorning the sides, Scott revealed that the top tier of the treat was chocolate cake and the bottom was vanilla. “Scrumptious!” she declared. “After the crew devoured it, the prop department packed up the rest to send home with me. But we wrapped so late, all at home were in bed!”

Y&R also shared a video from the set where you can see Scott and Braeden taking a closer look at all the photos before tucking into the cake, and marveling at how “young and restless” they once were!

Take a look back at some of those classic Nikki and Victor photos in our special flashback gallery below!