Valentine’s Day is going to be extra-special on DAYS OF OUR LIVES this year because the beloved characters of Steve “Patch” Johnson and Kayla Brady are going to be getting married again! Although the special wedding episodes are now scheduled to air on Wednesday, Feb. 15, and Thursday, Feb. 16!

“It was supposed to be on Valentine’s Day, which made it even more special,” Mary Beth Evans (Kayla) admits to Soaps In Depth, “but we’ve been preempted along the way, so now it’s on the 15th!” 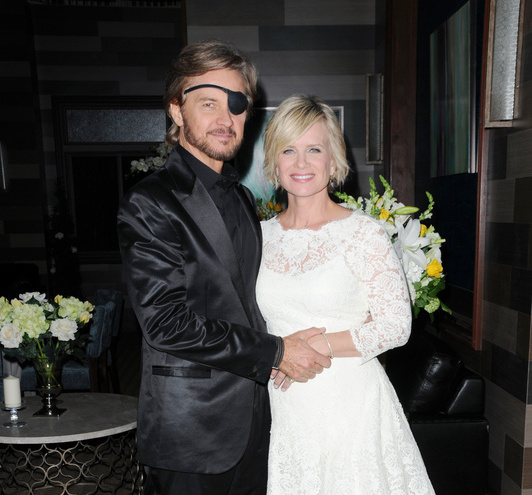 The wait will be well worth it to fans, at least according to the actors involved! “It was special because it was so intimate,” reveals Stephen Nichols (Steve). “It wasn’t about the surroundings or the set or anything. It wasn’t about anything except us and our commitment to one another and our vows. So it just made it very focused and quiet and sweet.”

Evans and Nichols have been playing these characters on and off for decades, so it’s only natural that they would want to be involved in creating this wedding themselves. “Stephen and I actually were lucky enough to be able to work on our vows ourselves,” Evans confides. “And the writers were really nice to let us do that. And we brought what we thought was important for these characters to say to each other. Stephen and I care so much about that.” 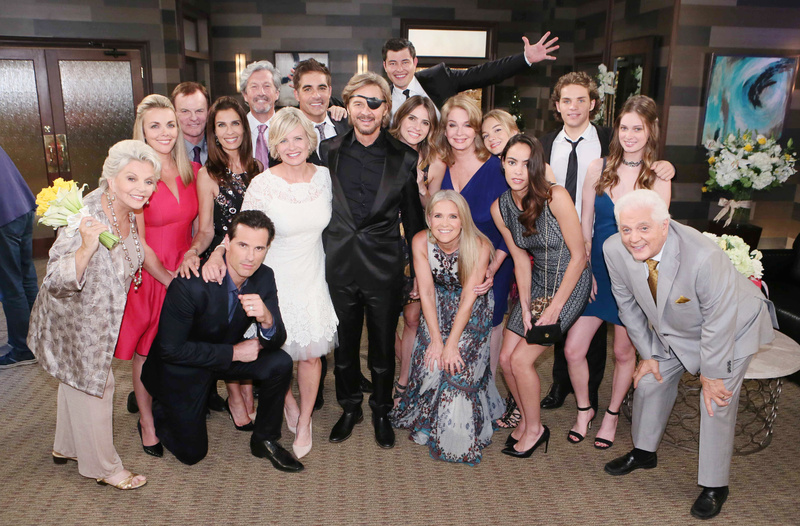 The big day also brings back some familiar faces for the nuptials, including Shelly Hennig’s Stephanie, Steve and Kayla’s daughter who hasn’t been seen since 2011.

And this time, Nichols promises that the couple will get their happily ever after, arguing, “Because I don’t think there’s anything else that —“ before Evans cuts him off and jokes, “You say that, but you know, this is a soap opera!”

“I mean, yes, there’s drama,” acknowledges Nichols. “Things happen, and you have to take care of it. But we’re doing that together.”

Before you tune in to Steve and Kayla’s newest wedding, relive their previous ceremonies in our special flashback gallery below!