Difficult choices must be made in these GENERAL HOSPITAL spoilers. Nelle has to decide whether or not to sign Michael’s prenup, Chase confronts Finn about their family, Drew wonders what Nina’s been hiding, and Peter begs Obrecht for his life!

Nelle was a little taken aback when Michael presented her with a prenuptial agreement to sign before they tie knot, and she still hasn’t put pen to paper. “I was just talking to a lawyer about the prenup you want me to sign,” she tells him in the Quartermaine living room. Has Michael’s plan to trap Nelle already hit a snag?

Finn attempted to make nice with his brother, but Chase is convinced he’s just trying to avoid the truth entirely. Now he heads to the hospital and confronts the doc. “We need to talk about my mother and our father,” he declares. Can the siblings ever find common ground and bury the hatchet? 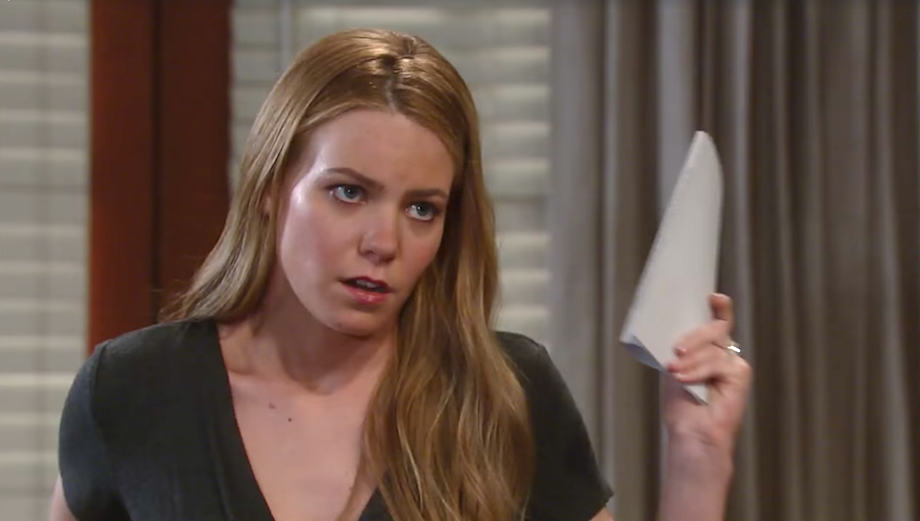 Now that Lulu and Maxie are getting along again, things seem to be going well. And when Lulu barges in on her girlfriend at work at Crimson, she playfully teases: “You are so busted!” Is Maxie already back to work with James just out of the hospital? Or did she bring her son along with her?

Sitting at the bar at the Metro Court, Valentin attempts to put out some fires. “You’ve got more important matters to deal with,” he tells the person on the other end of the line. Maybe Valentin should be more concerned with repairing his relationship with his wife? Although Nina has enough on her plate right now trying to keep Peter alive. But how much longer can she keep her secret? “The past few weeks,” Drew says to her, “you’ve been hiding something.” Can she keep him in the dark? Meanwhile, at the Wyndemere stables, Obrecht has Peter tied up and tries to decide his final fate. “It’s time for you to choose,” he warns her. “Between your revenge and your freedom.” Will she finally let Peter go or avenge Nathan’s death by taking his life?

Who Is the Mystery Patient at Ferncliff?