Jack’s search for his real father has led him to an unusual discovery that could mean he’s not an Abbott but a Chancellor. However, if you’re one of the newer viewers wondering who is Phillip Chancellor on THE YOUNG & THE RESTLESS, let us fill you in on some details regarding Jack’s possible dad. The character of Phillip Robert Chancellor II first appeared on Y&R in 1973 played by Jon Considine. Then Donnelly Rhodes took over, portraying the patriarch from 1974-75.

Phillip was the husband of Katherine Chancellor, who was the widow of his college friend, Gary Reynolds. Their marriage was strained because Kay had some pretty bad habits: Smoking, drinking… and cheating on him! Phillip tried to help his wife with her vices, but ended up having an affair of his own with Jill Foster. They fell in love and conceived a child together, leading Phillip to decide to leave Katherine. 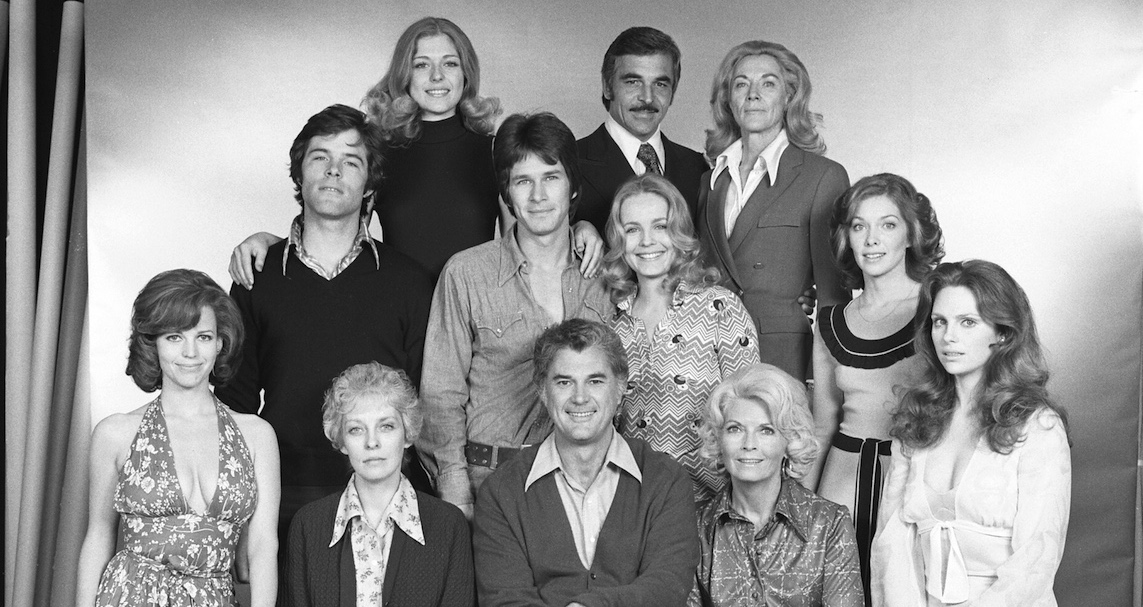 That’s Rhodes as Phillip in the back right next to JEanne Cooper as Katherine. (Photo Credit: CBS via Getty Images)

He served Kay with the divorce papers and jetted off to the Dominican Republic where he finalized the split before returning to Genoa City. But Kay picked him up at the airport, begging for another chance. When he refused, she sped up and drove off a cliff intending to kill them both! But Phillip survived the crash long enough to marry Jill on his deathbed. Phillip was buried in the backyard of the Chancellor estate. Later, Jill gave birth to his son, Phillip Chancellor III (best remembered as played by Thom Bierdz), who continued the family legacy with his own son, Phillip Robert Chancellor IV, who went by the nickname Chance (and was played by John Driscoll as an adult).

It was their love for Phillip that sparked the epic rivalry between Katherine and Jill. And while Kay was supposed to be Dina’s best friend, might Ms. Mergeron have enjoyed a fling with her man? And when did this affair take place? Before or after his marriage to Katherine? Stay tuned as this storyline continues to unfold and the truth is finally revealed. And for more Y&R news, keep reading the CBS edition of Soaps In Depth magazine!

Everything You Need to Know About Brittany Hodges on Y&R

Eric Braden Opens up in an Exclusive Interview