The daytime community is mourning the loss of actor Warren Burton, who passed away on Oct. 2 at the age of 72. The talented performer appeared on stage and screen, but was best known to soap fans for his work in daytime television in the ‘70s and ‘80s. His first, Eddie Dorrance on ALL MY CHILDREN, earned Burton a Daytime Emmy Award for Outstanding Supporting Actor in 1980 for the storyline in which his character raped Brooke.

Following his work on AMC, Burton played Jason Dunlap on NBC’s ANOTHER WORLD from 1980-82, then moved to CBS to play Warren Andrews on GUIDING LIGHT from 1983-84. In 1988, he played Phillip Hamilton and Jack on SANTA BARBARA in a stint that lasted a year. In primetime, Burton could be seen in shows like THE FACTS OF LIFE, KNOTS LANDING, DESIGNING WOMEN, and JAKE AND THE FATMAN. 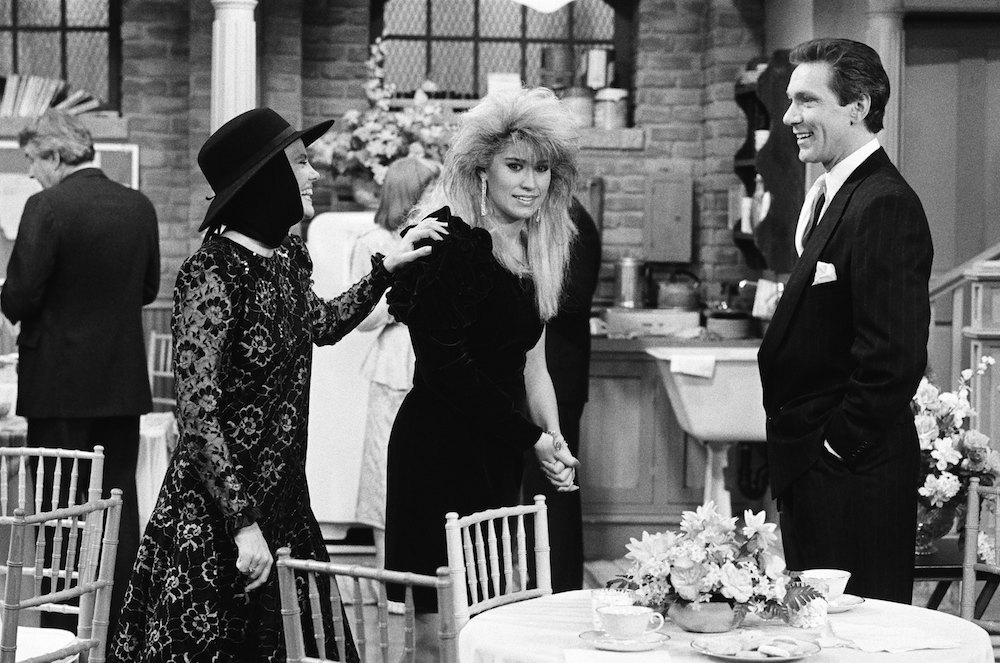 Burton with Lisa Whelchel and Nancy McKeon on THE FACTS OF LIFE in 1988. (Photo Credit: Alice S. Hall/NBC/NBCU Photo Bank)

Early in his career, Burton won a Grammy Award for his writing on Lily Tomlin’s This Is a Recording in the category of Best Comedy Recording. Since the ‘90s, he has found success as a voice actor performing for many different video games, including Prince of Persia and the Jak and Daxter series.

A celebration of Burton’s life is scheduled to be held at Hollywood Forever Cemetery on Monday, Nov. 15, at 11 a.m. Our thoughts are with his family and friends during this difficult time.

For more on your favorite daytime stars — past and present — keep reading Soaps In Depth magazine.