If you’re looking to get in the holiday spirit, Ashley Jones is starring in a brand new movie called 12 Days of Giving premiering on Sunday, Dec. 3, at 7 p.m. ET on UP! “It’s a very sweet, sweet Christmas movie,” the actress, best known to soap fans as GENERAL HOSPITAL’s Parker and THE BOLD & THE BEAUTIFUL’s Bridget, tells Soaps In Depth. “I’m thrilled.”

In the film, Jones plays Pamela Collins, a widow with a young son who finds her holiday wishes being granted by “Lucky the Elf,” who is revealed to be a man who wins a small fortune and decides to share the wealth by acting as a Secret Santa to people in a small town. “And my son is someone he ends up surprising,” she explained. “We meet that way and it’s a very sweet love story about two people that were really meant to be together and they come together through an act of giving. He is so good to her son and she is able to see a true side of him in the way that he treats her son, and they fall in love.” 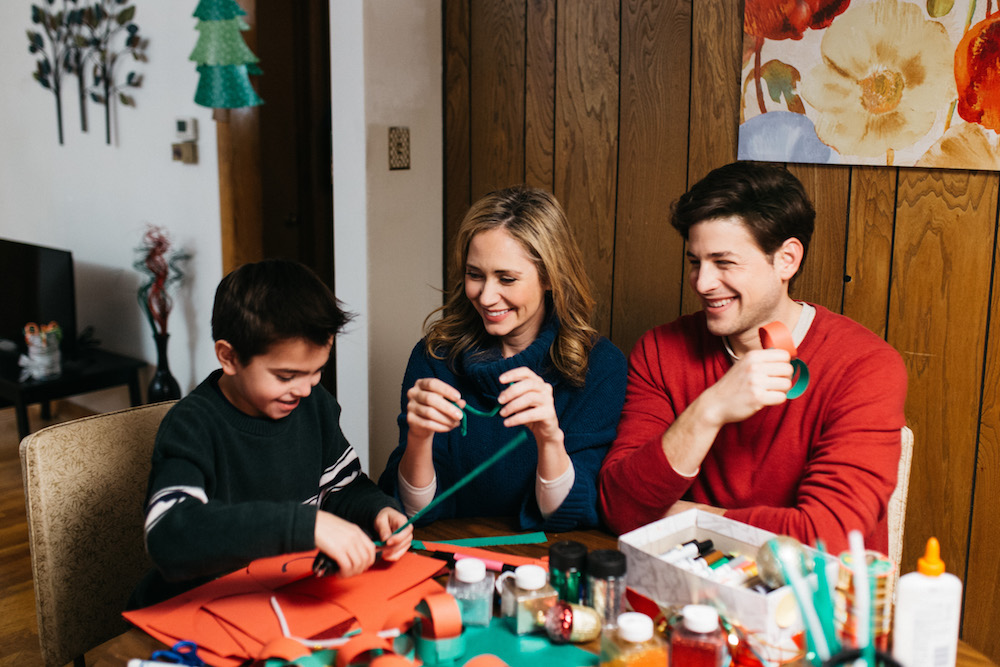 Jones co-stars in the film with David Blue and little Jax Connoly as her son. (Photo Credit: Reel One Entertainment)

Jones was delighted to do the film because it was actually her first holiday movie! “I’ve never done one and always kind of wanted to,” she admitted. “We filmed it in Nebraska. It’s a Christmas movie so you want some snow. And it was filmed in the little town right outside where the writer is from, Freemont, and it was just meant to be for so many reasons.”

Despite filming on location in Nebraska, the actress and mother didn’t have to give up family time because she had her one-year-old son, Hayden, with her. “My mom and sister came to watch Hayden,” Jones revealed. “Out of the generosity of their hearts, they left their own lives to do that. They spent good quality time with him and he got to know them really well. That was so special to me.”

So be sure to tune in on Sunday night to watch this heartwarming holiday family film! For more airdates, a preview, and clips from 12 Days of Giving, you can visit UPTV.com!