It’s been a while since we’ve seen Valerie, but Brytni Sarpy has announced that she is returning to GENERAL HOSPITAL this summer! Instagram recently added a feature where users can allow people to ask them questions, and when one fan asked if she would be coming back to Port Charles anytime soon, she replied: “Yes… Val will be back periodically. I start shooting in a few weeks.” And if Sarpy starts filming towards the end of July, you can look for Valerie to be on screen sometime around late August. Of course, what storyline she might be involved in is still being kept under wraps, but hopefully it’s something juicy!

The actress debuted as Valerie Spencer back in March of 2015, introduced as the daughter of Pat Spencer, making her Luke’s niece and Lulu’s cousin. But after moving to Port Charles and pursuing Lulu’s husband, Dante, she drifted onto the back burner. Despite joining the police force and attempting to date Curtis, Valerie was only seen occasionally, and was dropped from contract to recurring status with GH back in January of 2017.

After appearing as Kristina’s wingman to help win back Parker’s attention in August of 2017, Valerie’s then made another brief appearance in October when she attended Bobbie’s anniversary party at the Metro Court with her family. Her most recent appearance was back in February of 2018 when she attended the funeral of fellow PCPD officer Nathan West. 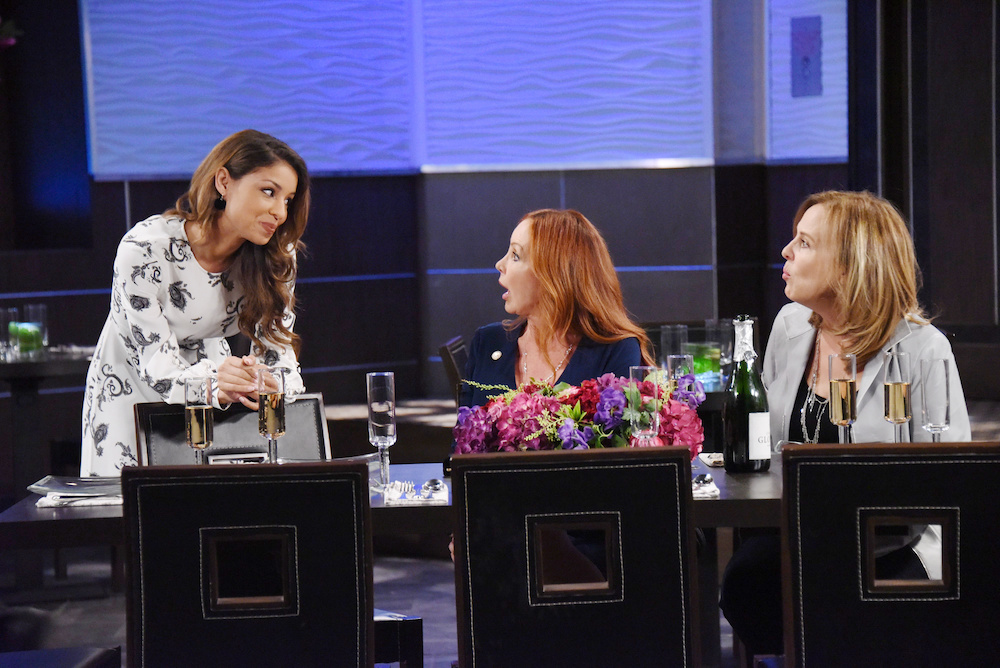 Valerie wasn’t initially a very popular character with many viewers because she immediately came between the popular supercouple of Dante and Lulu, but over time, Sarpy earned herself a legion of devoted fans who have already expressed their happiness that she will be back on GH again soon. In the meantime, Sarpy has been keeping busy, with a recent appearance in the horror film Truth or Dare which premiered on the SyFy Channel last October.

Since Valerie is still clearly living in Port Charles and a member of the PCPD, it’s about time that we’re seeing the long-lost Spencer family member again. Stay tuned to see what she gets up to this time, and for more GH casting news, keep reading the ABC edition of Soaps In Depth magazine!

Rebecca Budig Would Love to Return to GH (EXCLUSIVE)

Who Is the Ferncliff Mystery Patient on GH?