An unexpected return will thrill longtime GENERAL HOSPITAL fans as Carly Schroeder comes back to the soap as Serena Baldwin for a special appearance in an episode paying tribute to her grandfather, Lee Baldwin, who was played by the late Peter Hansen.

The soap announced the exciting news with a backstage photo posted to Twitter, surprising fans with news of the actress’ return and the special tribute to Hansen’s character.

MUST SEE: Meet the New Actor Playing Oscar on GH!

Schroeder is beloved by GH fans for her role as Serena Baldwin, Scotty and Dominique’s daughter (later adopted by Lucy). The character was born on GH in 1993, but the child actress made her first appearance as the young Serena on PORT CHARLES in 1997. During her run on the soap, Schroeder was nominated twice for a Young Artist Award for her work in 1999 and 2000. She also received a Young Star Award nomination in 1999 for Best Performance by a Young Actress in a Daytime TV Program.

Following her run on PC, Schroeder appeared in the films Mean Creek, Gracie, and Eye of the Dolphin as well as on TV in series like GEORGE LOPEZ, COLD CASE, GHOST WHISPERER, and LAW & ORDER: SVU. 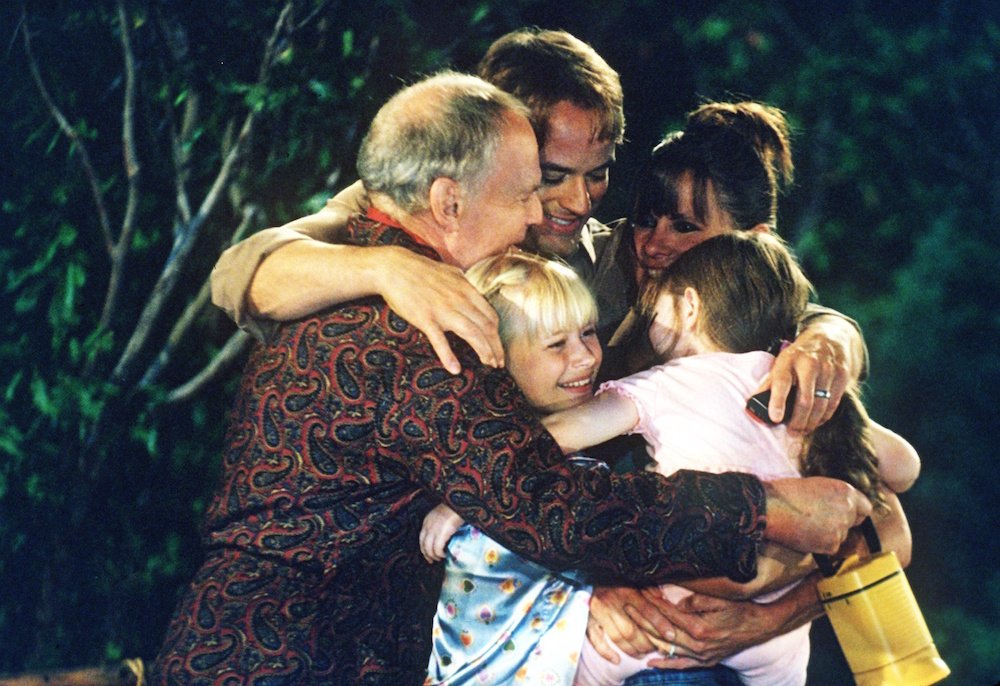 Serena hasn’t been seen since 2003 when she left town with Lucy, Kevin, and younger sister Christina to live in Paris. Scott has mentioned his daughter occasionally since then, trying to keep her and Christina safe from the dangerous drama in Port Charles. Serena had been living with Lucy and Kevin in France, but they’ve both since returned, meaning the young woman has been living there with Christina on her own. Which is fine, because Serena’s not a little girl anymore!

The special tribute to Lee Baldwin is scheduled to air on Friday, July 14, so look for Schroeder to make her return as Serena in time for that episode. Unfortunately, it’s only going to be a brief visit, though fans will be just as delighted as Scott to see Serena again!

We Love the Beautiful Baby Name Emme Rylan Picked for Her Little Girl!