While filming her new movie, Paint It Black, GENERAL HOSPITAL alum Amber Tamblyn (ex-Emily) found herself second-guessing her choices until she was reminded of an absolutely traumatic audition from her childhood and that powerful memory changed everything!

The GH and JOAN OF ARCADIA star co-wrote and directed the adaptation of Judith Finch’s novel about a young woman who, after her boyfriend takes his own life, falls into a twisted relationship with his wealthy mother. “It is a story of loss and grief but also a story of class,” Tamblyn said in a gripping blog post. “The funeral is one of the most gripping moments in the book, and I wanted the scene to be equally as visceral in the film.”

MUST SEE: Vanessa Marcil Declares She Will “Always” Return to GH!

However, when the time came to actually shoot the funeral scene with two of the film’s stars, Alia Shawkat and Janet McTeer, time was running out. “We had a shot list a mile long,” Tamblyn wrote, “and it was becoming clear we would need to cut close to a third of them. But my instinct told me not to cut them, that I had to see this concept through.

“Women are taught from a young age not to listen to their instincts,” she continued. “I’ve been acting for 20 years now, since I was 11 years old, and I have been told many times that what I was ‘feeling’ was wrong. So this decision was a difficult one for me.”

Then she was reminded of an absolutely traumatic audition that she had gone on at the age of 13 for a big film. “There was no real scene to audition,” Tamblyn recalled, “because the character was that of a young girl being attacked by a predatory older man in a bedroom. So there was just a meeting with the director, who was, obviously, a man — the vast majority of directors are.

“I was wearing a dark, wine-colored Betsey Johnson dress,” she continued. “I sat on a chair in the room. The director looked my body up and down. I remember his eyes. I remember he had a pimple on the lid of one of them. He said to me, ‘You look about the right age. You’re starting to get breasts. I can see. That’s nice. You’re probably wearing a training bra now. Have you gotten your period yet?’” 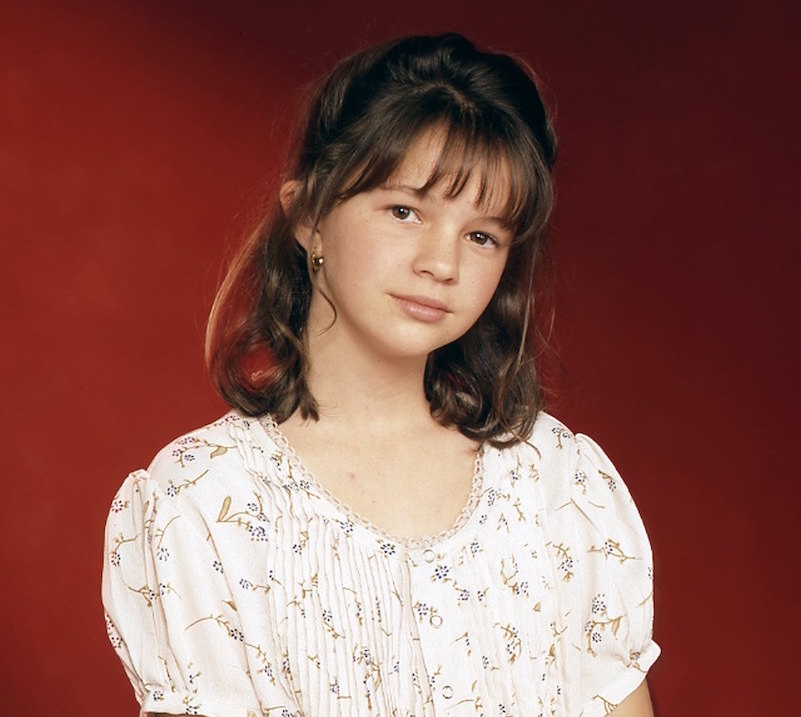 Tamblyn as Emily on GH in 1995. (Photo Credit: Craig Sjodin/ABC via Getty Images)

Tamblyn added that she remembered his every horrible word verbatim and was so overwhelmed with shame that she ran out of the room to her waiting father so they could leave immediately. When she was offered the role a few days later, she told her father what had happened and he was furious. Naturally, Tamblyn did not appear in that particular director’s film.

“A woman often misreads her own instincts as anxiety,” she mused. “We are told the phrase ‘listen to your gut’ but then we are punished for doing so, or still told that it is wrong.”

But Tamblyn trusted her gut and did the funeral scene exactly as she had planned. “I went against the instinct not to listen to my instinct. If I was going to fail, I was going to fail on my own terms and by my own vision. I have been told the funeral scene in Paint It Black is one of the strongest parts of the film. I agree. I often thing about my child self, that young girl who did not yet know her own strength, though she deeply desired it. Directing Paint It Black was more than an experience; it was a confirmation of something I’d always known about myself. That I am limitless. And I’ll never go back.”

Paint It Black premieres in theaters on Friday, May 19.

GH’s Haley Pullos and Jimmy Deshler Brought Molly and Rafe Together Again for a Special Event!