Hang on and get ready for a ride because daytime star Ashley Jones is starring in the new thriller You Killed My Mother, premiering Friday, Dec. 8, at 8 p.m. ET on Lifetime Movies! The actress, best known to soap fans as GENERAL HOSPITAL’s Parker and THE BOLD & THE BEAUTIFUL’s Bridget, plays Miriam Preston, the hospital director whose choice to deny a liver transplant could lead to more than one death!

“We make choices all the time,” Jones told Soaps In Depth of her character’s actions, “and they take us in completely different directions. There’s lots and lots of people who need liver transplants, and there is a checklist that they follow at hospitals. And to be an older woman with multiple rehabs and chronic alcoholism, it doesn’t necessarily put you at the top of the list. So as medical chief of staff, she follows protocol and declines the transplant. And it changes the course of Miriam’s life.” 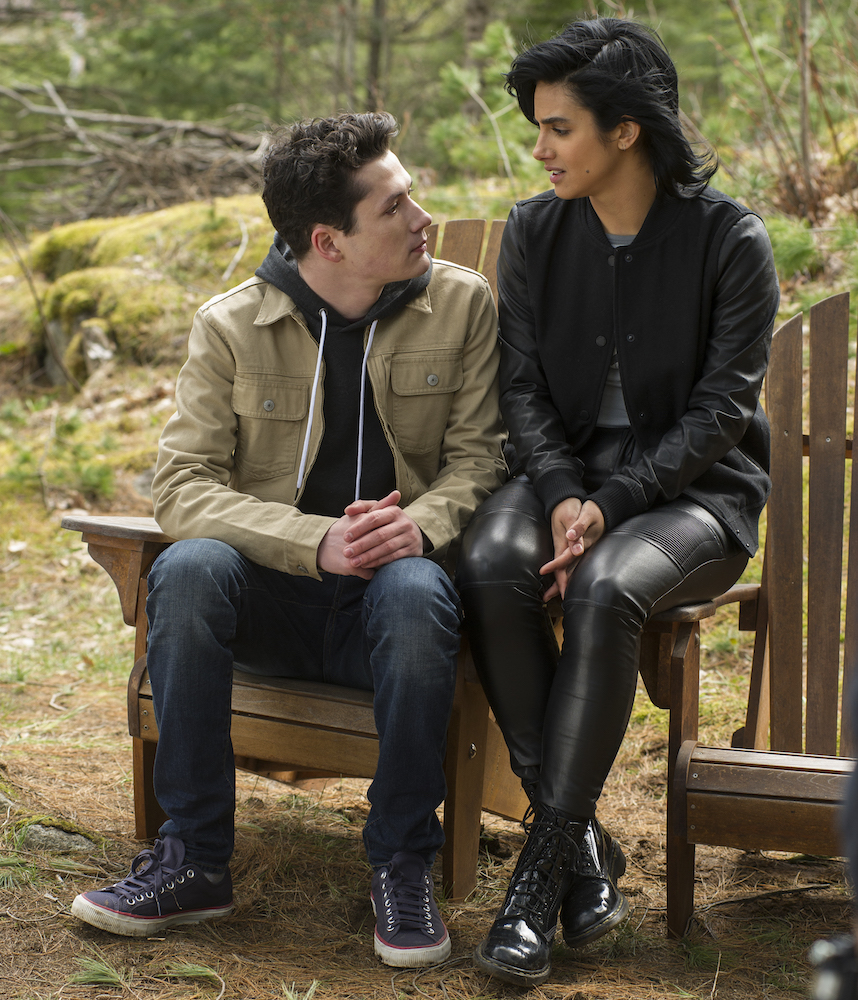 Seamus Patterson’s Bobby has no idea what Carlena Britch’s Jo is really up to! (Photo Credit: Lifetime)

After Miriam’s refusal to approve a liver transplant causes her mother’s death, Jo vows to take revenge on those responsible for destroying her life, including attempting to seduce Miriam’s young son, Bobby, away from her. “The girl gets revenge in a really clever way,” Jones teased. “She’s very calculated.” But the actress also promises that her own character is just as smart. “It’s not one of those thrillers where you’re like, ‘Oh my gosh, please just turn to the left and you’ll see the killer,’” she promised. “She’s doing everything that you would do. And as soon as anyone could possibly put the pieces together, she does. The police aren’t helping her, so it’s her against the world at that point. And she fights.”

Jones was hesitant to reveal too much of the film’s twists and turns but hopes that her fans will check it out for themselves. “I do hope they tune in,” she enthused, “and I hope they enjoy it. It’s a slightly different character than what they’re used to seeing me play. But there’s a little bit of Parker and a little bit of Bridget in Miriam, so they’ll probably pick up on it.” And if you need even more incentive to watch, just check out this thrilling teaser for the flick below!

Y'all… get ready for a thrilling ride! YOU KILED MY MOTHER airs Friday night 8pm PT (Dec 8th) on @lifetimemovies! @carlenabritch you are awesome:)

Be sure to tune in to Lifetime Movies on Friday night to watch You Killed My Mother and see if Jones survives to the end! And for more on your favorite daytime stars, keep reading Soaps In Depth magazine!