In the quest for the truth about his past, GENERAL HOSPITAL’s Franco tried going to his birth parents, but they were no help. However, his adoptive mother, Betsy Frank, held the answers he sought. If you’re confused about Franco’s family lineage, don’t worry, you’re not alone! And if you’re thinking that Betsy didn’t look the same as the first time she appeared on GH, you’re right, because actress Deborah Strang took over the role!

Nurse Elizabeth “Betsy” Frank was introduced in July of 2010 during the highly-publicized run of actor James Franco, who originated the role of the obsessive artist Franco on the soap. The role at the time was played by the actor’s real-life mother, Betsy Franco. The obsessed artist had stolen Lucky and Liz’s son, Aiden, from the hospital and tried to give the baby to her as a way of apologizing for being such a terrible child. Betsy managed to convince Franco that she loved him and Dante persuaded Betsy to give Aiden back to his parents. 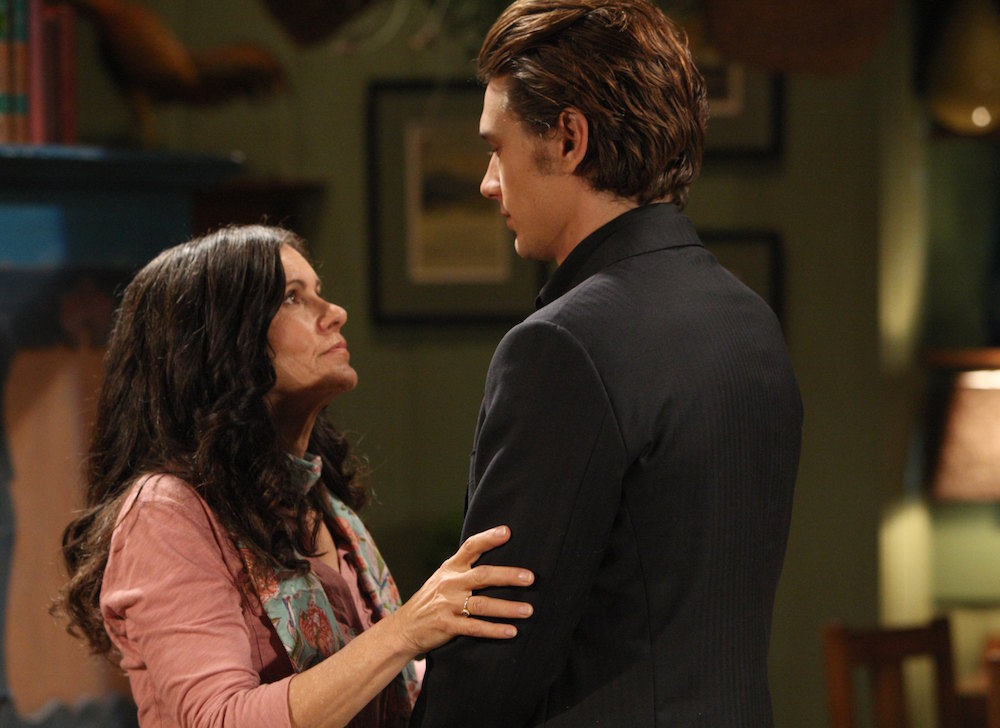 Betsy returned for an appearance in 2013 when she was questioned regarding Kiki’s whereabouts. (At the time, Kiki was believed to be Franco’s daughter, originally named Lauren.) Betsy denied having any contact with the girl and accused Ava of keeping her from Franco. In 2014, she was once again questioned, this time about where Franco could be hiding with Nina and the baby she had abducted from Ava.

By the time Franco questioned his adoptive mother about his mysterious past, Strang had stepped into the role. The actress is no stranger to daytime, with a 1998 appearance as Susanne Madison on PORT CHARLES listed among her credits. Strang has also played multiple roles on NBC sudser DAYS OF OUR LIVES and made primetime appearances in series like THE X-FILES, ER, TOUCHED BY AN ANGEL, GREY’S ANATOMY, and most recently, SCORPION.

Betsy claimed Drew had died, but eventually revealed that she had sent him away after Franco had pushed him down a flight of stairs when he was three. As Franco and Drew both investigated their past together, they were surprised to learn that Jim Harvey was dating her while they were children. She then seemed to disappear and Curtis and Jordan discovered that Jim Harvey had been keeping her captive! But now that she’s free, it’s time for her to reveal the whole shocking truth about Drew and Franco’s past and Harvey’s involvement in it. So stay tuned! And for more GH news, keep reading the ABC edition of Soaps In Depth magazine!