Rumors are flying around the internet that Billy Miller (Jason) has signed a new contract with GENERAL HOSPITAL! Although the soap regularly declines to contract on actor contracts, it would make sense for the actor to stick around because it will mean a juicy storyline coming up with the recently-announced return of the former Jason, Steve Burton, to the show!

Miller got his big break as the villainous Richie Novak on ALL MY CHILDREN back in 2007. Just as his character was killed off of AMC, the actor started his next role as the newest Billy Abbott on THE YOUNG & THE RESTLESS. During his time on Y&R, Miller earned five Daytime Emmy Award nominations, taking home two for Outstanding Supporting Actor and one for Outstanding Lead Actor. 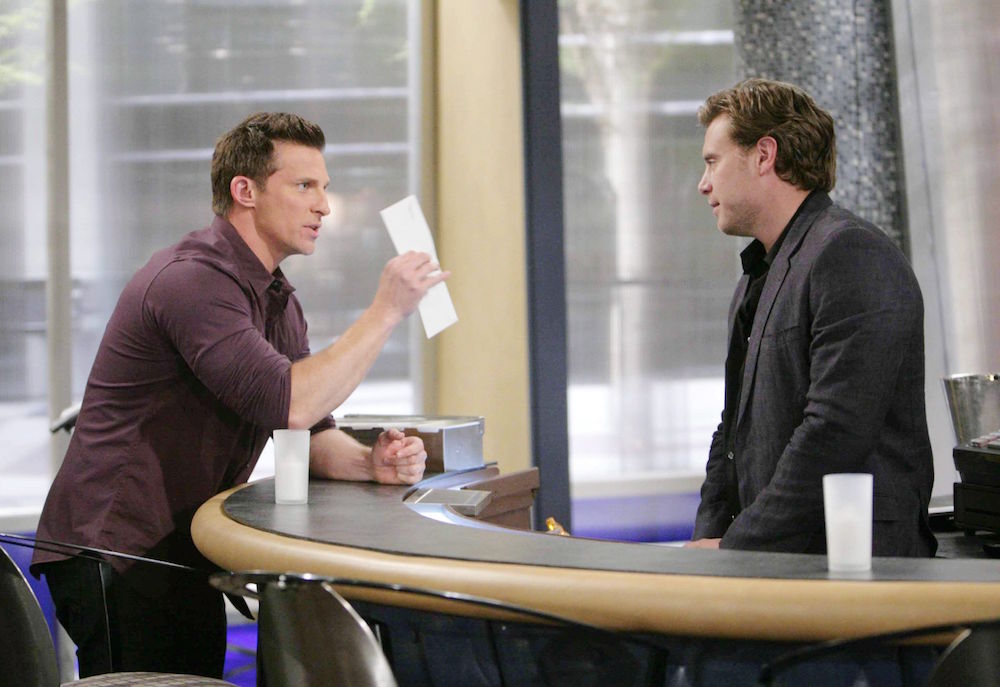 Burton as Dylan and Miller as Billy on Y&R in 2013. (Photo Credit: Howard Wise/jpistudios.com)

After exiting GH, Burton moved over to Y&R to play the newly-created role of Dylan McAvoy, and he and Miller appeared together on the soap for a year before Miller left to take over the role of Jason on GH. (Being replaced as Billy by GH’s former Patrick, Jason Thompson!)

Miller’s version of Jason was quickly injured and given amnesia, and as “Jake Doe” started a new life in Port Charles. Once his memories returned, things got relatively back to normal for Jason, and he and wife Sam welcomed a baby girl, Emily, who they nicknamed Scout.

But now with Burton back in Port Charles, Jason’s entire life is thrown into question. Will Burton be playing the real Jason Morgan or just a look-alike? However the story unfolds, now that it looks like Miller will be sticking around, fans can look forward to plenty of drama to come as the two Jasons get to the bottom of just what is really going on with them and their shared past!

William deVry Previews What’s Next for Julian When He Returns!