As Diane mounted her defense of Carly in court on the May 29 episode of GENERAL HOSPITAL, it was the perfect time for portrayer Carolyn Hennesy to do a Twitter Q&A with fans of the soap. And since Diane is the go-to attorney for the Corinthos clan, the first question asked who the more difficult client is — Jason, Sonny, or Carly? “Well, not Jason, certainly,” Hennesy mused. “Probably Carly, because she’s so smart and so right… and so stubborn!”

Naturally, there were also some fans who complained about Diane’s plan to keep Carly out of prison by having her plead guilty by reason of insanity. Many viewers are also upset that no one but Jason seems to believe Carly’s side of the story. “Honesty, there’s a little part of Diane that knows she’s telling the truth,” Hennesy confided, “but what can Diane prove? That’s what matters.”

When Daniel J Sykes argued that bringing up Nelle’s past history of pretending she’d slept with Sonny to blackmail him and get back at Carly could have helped prove reasonable doubt at least, Hennesy stuck to her guns. “There’s the different between you and Diane,” she responded. “Diane would never take that chance with Carly’s freedom. There’s no physical evidence. And reasonable doubt is simply not good enough. But it’s always fun to see how some fans think!” 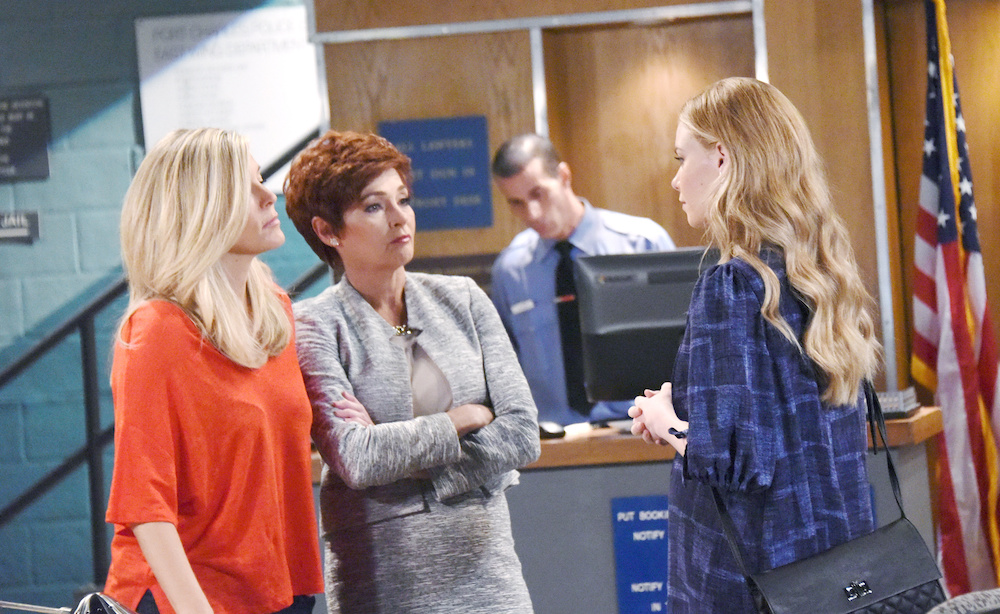 The actress did admit that learning all that legal jargon for GH’s courtroom scenes can be a little harrowing. “It’s so specific, so technical… very little wiggle room,” she confessed. “Of course, it’s so well-written, so that helps with the long passages.” And like many viewers, she is also a fan of Diane’s style on the soap and confided she doesn’t have much input in how her alter ego dresses. “But then again,” she added, “don’t need to with [costume designer] Sean Reeves. He’s the best!”

She also revealed that she and co-star Laura Wright (Carly) have the best time in between and during scenes. “Especially when [she watches] me devour the chocolate kisses that the prop department puts in the desk drawer!” Hennesy laughed. “I try to share kids, really! But Laura’s willpower is a marvel!”

To see if Diane can keep Carly from being locked up and the key thrown away, stay tuned to future episodes. And for more GH news, keep reading the ABC edition of Soaps In Depth magazine!