Ever since Michael hooked up with Nelle on GENERAL HOSPITAL, viewers have been yelling at him through the TV not to trust the suspicious young woman! And now, thanks to Twitter, fans were able to interact directly with his portrayer, Chad Duell, to gossip about the soap’s current storylines and get him to dish up some backstage secrets!

When asked how he feels about Michael constantly being duped by Nelle, Duell could only reply with a very angry emoji face! But he also thinks it “would be fun” if this current storyline led to good guy Michael snapping and exploring his darker side. And when one fan inquired if Michael would see the light before it was too late, Duell responded: “We shall see…” 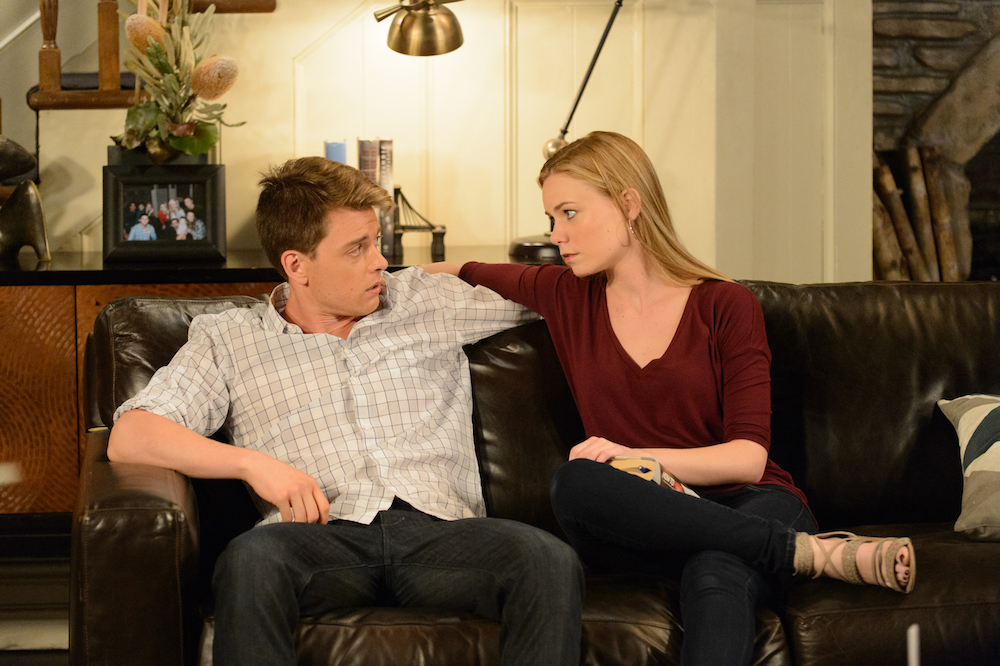 ”You sure you don’t want to go for a swim, Michael?” (Photo Credit: Valerie Durant/ABC)

Although Michael has yet to interact with the mysterious Patient Six, Duell admitted it was a treat having Steve Burton back on the set. “I’m very excited,” he declared. “He’s a great friend and I missed working with him. Haven’t worked with him just yet.”

Soaps are built around families, and Duell wishes his alter ego would share more scenes with his own. “The whole Corinthos family,” he mused. “Always great having everyone together.” And when one fan floated the idea of Michael working as Sonny’s right-hand man in the business, Duell admitted, “I could see that.”

While Duell considers the emotionally powerful storyline where Michael was sent to prison as his favorite so far, he did admit that at the other end of the spectrum was his most embarrassing scene! “Probably the Nurses Ball strip scenes,” he confessed. “Got teased a bit on that one!” 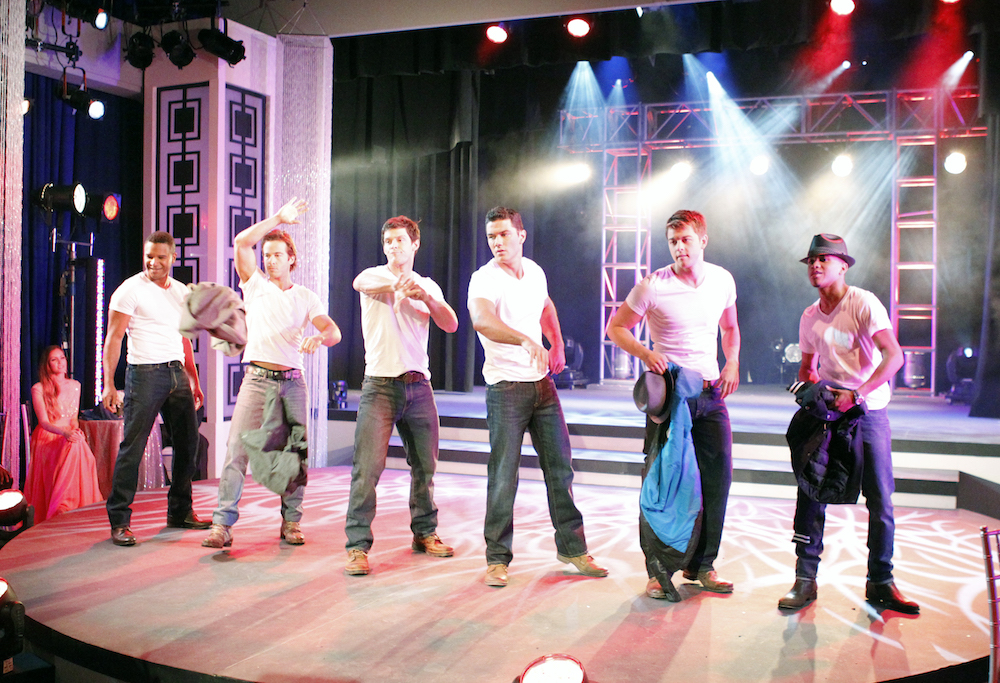 ”Wait, you mean we have to take off more than this?” (Photo Credit: Rick Rowell/ABC)

When he learned he’d landed the coveted role of Michael Corinthos on GH back in 2010, Duell revealed he was “terrified and very excited,” and the person he told first wasn’t his parents or anything like that. “Actually my roommate at the time,” he laughed, “because he was right next to me!” And now seven years later, there’s no place else he’d rather be!