Nelle thinks she’s sunk her claws into Michael on GENERAL HOSPITAL, but she’s oblivious to the real truth, that he’s on to her scheming and is secretly plotting to bring her down! Knowing Michael’s heroic instincts would be the best way to keep him around, Nelle arranged for the fall that put their unborn child in danger and landed Carly in Ferncliff! “It felt like a climax,” Chloe Lanier (Nelle) confided to Soaps In Depth. “But it was just the beginning! Nelle has justification for everything she does. In her mind, the only way to get to Michael was to get Carly out of the way — no matter how painful it might be for the Corinthos family. They’ve inflicted enough pain on her. She doesn’t care anymore!”

However as time has gone on, Michael’s doting over Nelle has been revealed to be just a case of him keeping a much closer eye on his babymama! “He had to support her — for the baby,” Chad Duell (Michael) admitted of his alter ego’s actions. “Gotta let it grow up in a good home! But a new mentality is coming. We’re going to see a more calculating Michael, which is nice. I love when he has something else going on besides being the nice, supportive hero all the time.” 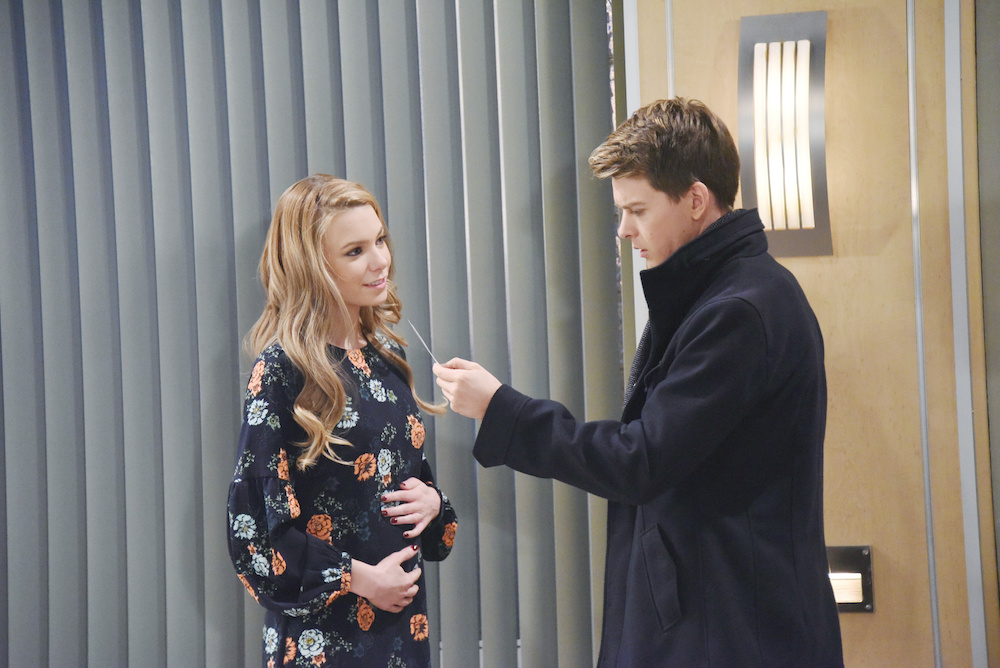 Michael is no longer buying anything Nelle is selling. (Photo Credit: XJJohnson/jpistudios.com)

But as Nelle’s fragile web of lies stretches to its breaking point, which of her many schemes will be the one to bring her down? And will Michael be the one to do it himself? Nelle’s dark past is catching up to her in a big way, so you’re not going to want to miss what happens to her future as the storyline explodes. Stay tuned!