It’s probably going to be a while before Chloe Lanier has her own child, but she’s very comfortable playing alter ego Nelle’s pregnancy on GENERAL HOSPITAL because she’s had a baby bump before. No, not in reality — when she played homewrecker Penny on the Lifetime series ARMY WIVES! And not only did the actress wear a baby bump, she died in it, too!

“It was a real prosthetic bump that Nicole Kidman had worn in a movie,” Lanier told Soaps In Depth. “I felt so cool! They also gave me two little cutlets and a huge push-up bra. I’ve never had [large breasts] and never will, so it was a journey. It was weird — and hilarious!”

However, when her ARMY WIVES character met her final fate in a car accident, it was no laughing matter. While Penny perished, her baby miraculously survived through some emergency surgery. “They only had one belly, so once they cut it open and had all the blood, I couldn’t get up,” Lanier explained. “I was laying there for 14 hours, sipping water out of a straw. When we were done, I just sat up and started crying. Not only was it my last day on ARMY WIVES, but I was delirious. Thankfully, Nelle’s belly is way less of a procedure!” 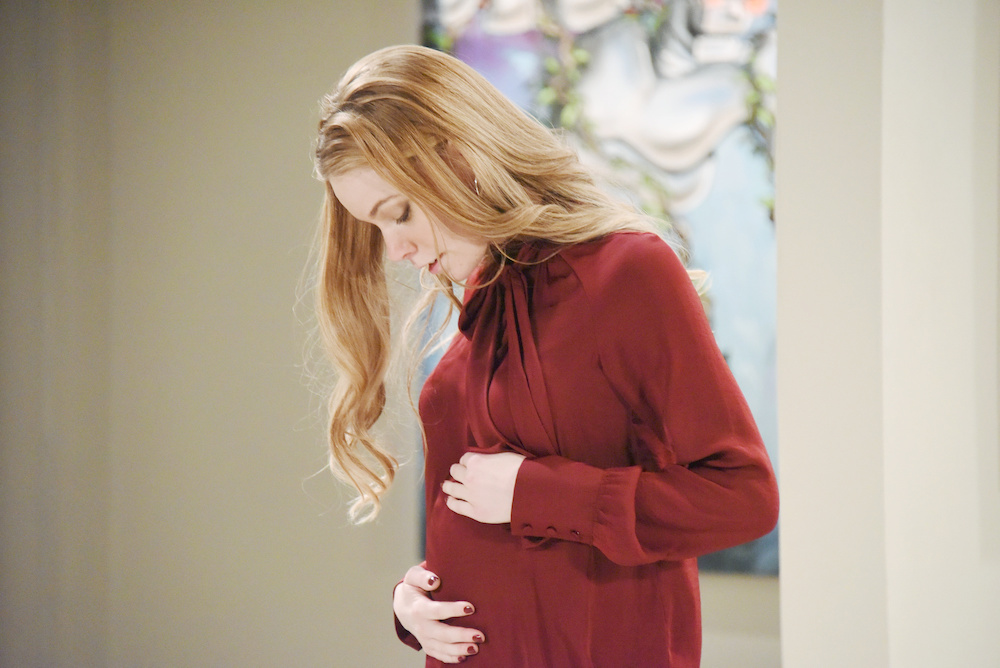 Hopefully, when it comes time for Nelle to give birth to Michael’s child on GH, things go a lot smoother than they did for Lanier’s character on ARMY WIVES! Although being a soap opera, deliveries are very rarely by the book. Heck, nine times out of 10 they don’t even happen in a hospital!