Anna’s life changed forever on GENERAL HOSPITAL when she was diagnosed with polycythemia vera. And for Rare Disease Day on Tuesday, Feb. 28, the character’s portrayer, Finola Hughes, wants to help raise awareness of the rare blood cancer that affects hundreds of thousands of people across the country.

While soaps have a tradition of telling real-life social interest stories, they also have a history of making up pretend illnesses for characters to suffer, but Hughes tells Soaps In Depth it was important that Anna’s affliction be real. “Even though she plays a lot in the adventure world,” the actress says of her alter ego, “there’s a real stability to her character and she is very much grounded in reality and in her family. I think in order for Anna to have a condition that she’s going to live with — it’s a chronic condition — then it needed to be something that is actual.”

In order to portray the effects of the disease realistically, Hughes made sure to do her research. “I got to meet an extraordinarily inspiring lady who was diagnosed with PV about ten years ago,” she reveals. “I was able to talk to her and ask her about her symptoms and what it was like to live with this rare disease on a day to day level.

“For Anna, it’s quite dramatic because we’re on a soap opera,” Hughes allows. “So naturally, Anna was going to have the more severe symptoms so we could play that out.” 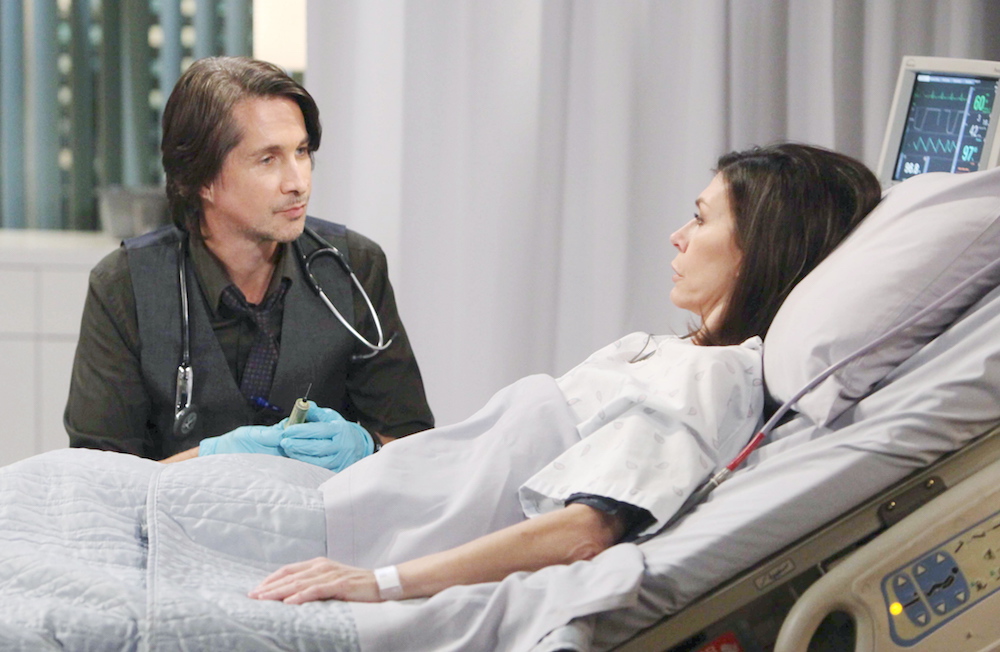 Part of educating viewers about PV is helping them to be a support system for their friends and loved ones who are suffering from the condition. “Anna does have this support system around her,” Hughes reports. “She has Griffin, she has Robin, and she has Dr. Finn. Having people around her to support her is very important — In television as well as in real life.”

Of course, being such a rare disease, people suffering from PV may not even know that they have it. “I think that it can be very isolating for a person if you have a blood cancer like that,” Hughes muses. “It’s hard to find somebody else who has it. Obviously, with the internet, things like that can be helped along. There is a wonderful website called Voices of MPN where you can go and find resources and useful information. You can then go on their Facebook page and find a community and get active with them.”

As a chronic condition, PV cannot be cured, only managed, which means that it will be impacting Anna’s future life in Port Charles. “Anna is a WSB agent,” Hughes says, “so she may not be able to do the things she thought she could do with the same gusto that she used to. So it’s giving her pause. She’s going to have to manage living with a chronic disease and she can’t take her health for granted the way she did before. That’s going to be an interesting thing to play as I move forward with this character.”