If 30 million guests attended your first wedding, you might be skeptical about your chances of finding love again post-divorce. But, against all odds, GENERAL HOSPITAL’s Laura did discover that she had a second soulmate in Kevin. “That was surprising, wasn’t it?” portrayer Genie Francis marveled to Soaps In Depth. “I didn’t know if viewers would accept Laura having a new love life after Luke.

“My hat’s off to the writers and producers,” she continued. “I don’t know how they knew it was going to work, but it was kind of perfect. Besides the chemistry, Kevin and Laura had both been on the canvas for a long time, so it was nice to surprise the audience with something new about those characters. And I’m very happy to play it!” 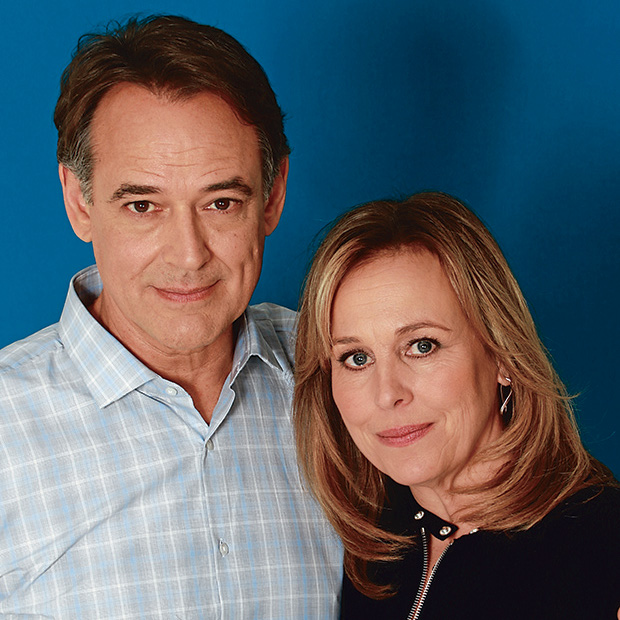 Having found a scene partner she trusts in Jon Lindstrom (Kevin), the veteran actress — who started playing soapy romances when she was just 14 years old — is grateful. But also, “honestly, I’ve worked so long and so hard that I’ve earned him,” she cracked. “He makes it so easy and fun for me. I just love the actor he is. We’d always had a friendly relationship behind the scenes, but he was just sort of one of the cast. Now, he’s the prize, the pony, I got for all my hard work! That is not to say that Tony Geary (ex-Luke) was not fabulous. I’m not including him in the group of frogs I had to kiss in this career. I was lucky I had a Tony Geary in my life, and now I’ve got a Jon Lindstrom.”

In addition to a new on-screen hubby, these days, Francis finds herself facing off against an entertaining new nemesis. “Helena was a good villain, but she was never funny,” she considered. “Valentin’s been a great addition, and I love working with James Patrick Stuart — who’s just a wonderful actor!” 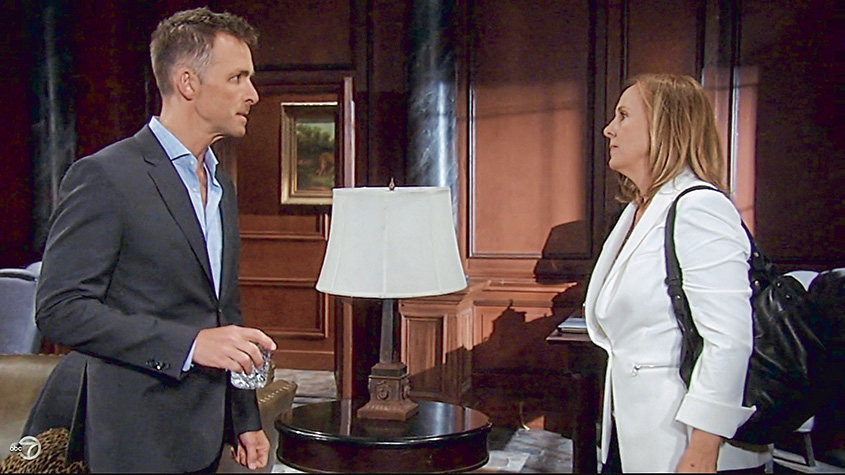 Laura will always stand up to Valentin! (Photo Credit: ABC)

While Francis enjoys getting to spar with her old pal from ALL MY CHILDREN — in the 1990s, he was Will Cortlandt while she was Ceara Connor — she most loves Valentin for how he affects her character. “You get this whole other color from Laura,” she explained. “It’s her dark side, and I like that I get to have that now. There are times when I work with James, and he looks downright afraid. I even made Valentin stutter once!”

She’s speaking, of course, of the time that Laura pulled a gun on Nikolas’ killer. “And she did pull the trigger… but there was no bullet,” laughed Francis, who warned that Laura might just load that gun if Valentin pushes her too far. “I don’t see her doing it out of anger, but if it came down to defending her grandson… yes!”

Francis maintained that her character now has a fuller life than ever. In addition to the emergence of her dark side, she has gotten political regarding the gentrification of the Charles Street area and her intention to run for mayor of Port Charles. “And then you get the good mom with Lulu and the romantic, vulnerable side with Kevin,” added Francis. “There’s a nice range now. They’ve fleshed Laura out in a way that has never been done.” 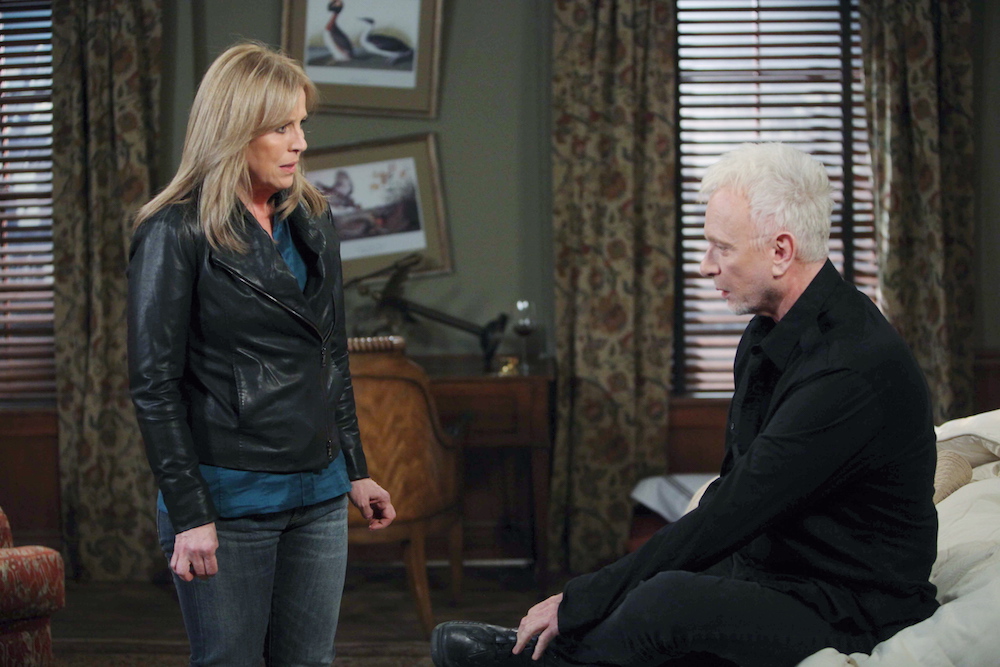 And naturally, Francis is cheering her character’s growth. “It’s wonderful,” she sighed. “It was so specific when it was Luke and Laura. It was always about worrying what he was going to do next. I used to say, ‘Oh Luke, no!’ all the time. I remember one day going, ‘I can’t say that anymore!’ So this is great. I’m thrilled they’ve created this for me… Now if I could just have a set to live in!”

Jacklyn Zeman Looks Back at Her 40 Years on GH

The Reason Why Sam Didn’t Immediately Dump Drew for Jason