Molly is back in a storyline on GENERAL HOSPITAL as she and TJ struggle with their shady landlord and the gentrification of the Charles St. neighborhood of Port Charles. So it was the perfect time for portrayer Haley Pullos to take to Twitter and answer all the burning questions that fans could come up with! Having started on GH a month before she turned 11, Pullos admitted: “Molly and I have a lot of similarities — we basically grew up together, to be honest. I love getting to play a young woman who is so smart and so dedicated to what she believes in.”

While it seems like Alexis is on the verge of forgiving Julian for his past crimes, Molly doesn’t appear likely to follow in her mother’s footsteps, at least not yet! “I think there will be a lot of layers shown soon when it comes to how Molly feels about Julian,” Pullos teased. Of course, she feels quite the opposite towards Julian’s portrayer, William deVry! “Will is the best,” she revealed. “Literally the sweetest.” 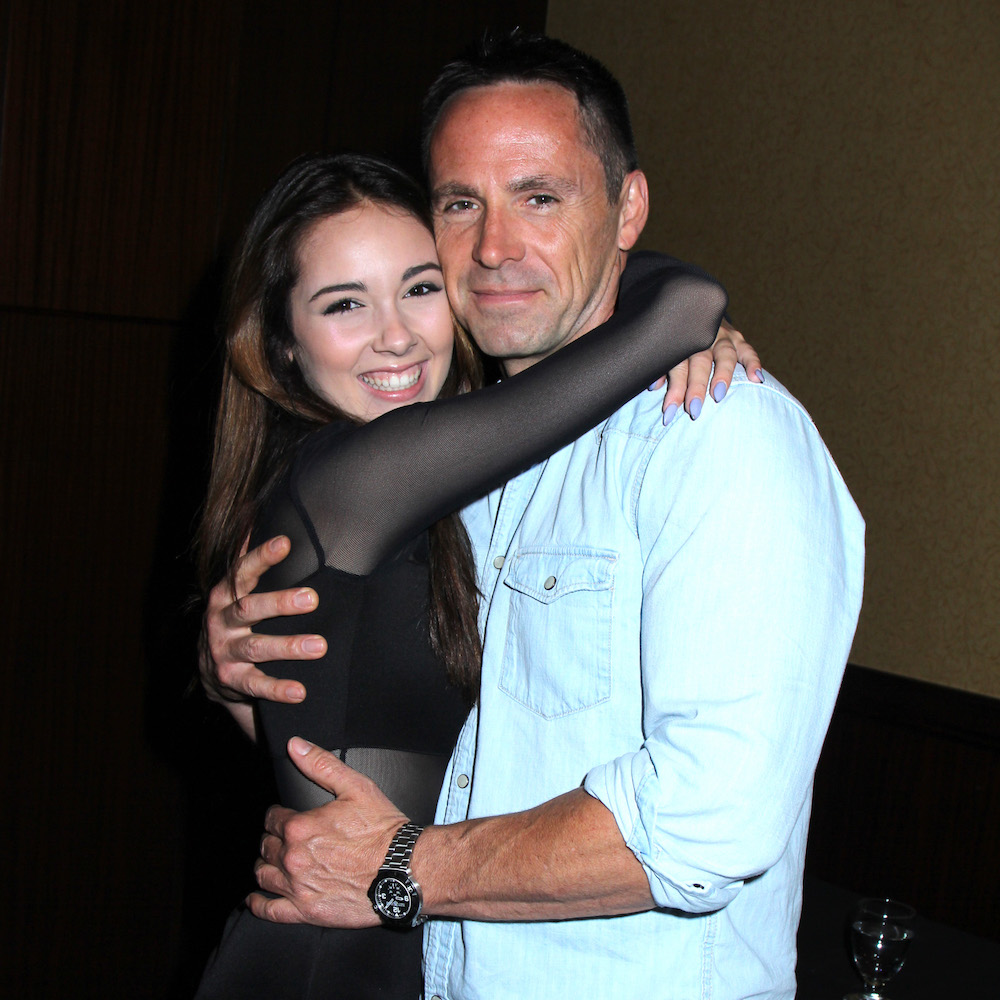 Molly and Julian would never hug like this! (Photo Credit: Steven Bergman)

While Molly has been involved in quite a few storylines over the years, Pullos admitted that she appreciated one that really challenged her as an actress. “I loved the PTSD storyline I did years and years ago.” And asked if she had a favorite scene, the young star went back to when she was even younger! “Do you guys remember way back when I asked Jason to ‘make’ someone ‘disappear?’” she laughed.

Some GH fans have nicknamed the Molly/TJ pairing “Tolly” and are thrilled to see the young duo back on screen again in a new storyline. But they’re not the only ones! “I always get extra excited when I have scenes with Tequan Richmond (TJ),” Pullos confided. And when asked if she’d rather see the couple happy or dealing with relationship drama, the actress couldn’t decide. “I think both options would lead to some really interesting storylines,” Pullos concluded, “so I’d be happy with either! You know I do love my ‘Tolly,’ though!” 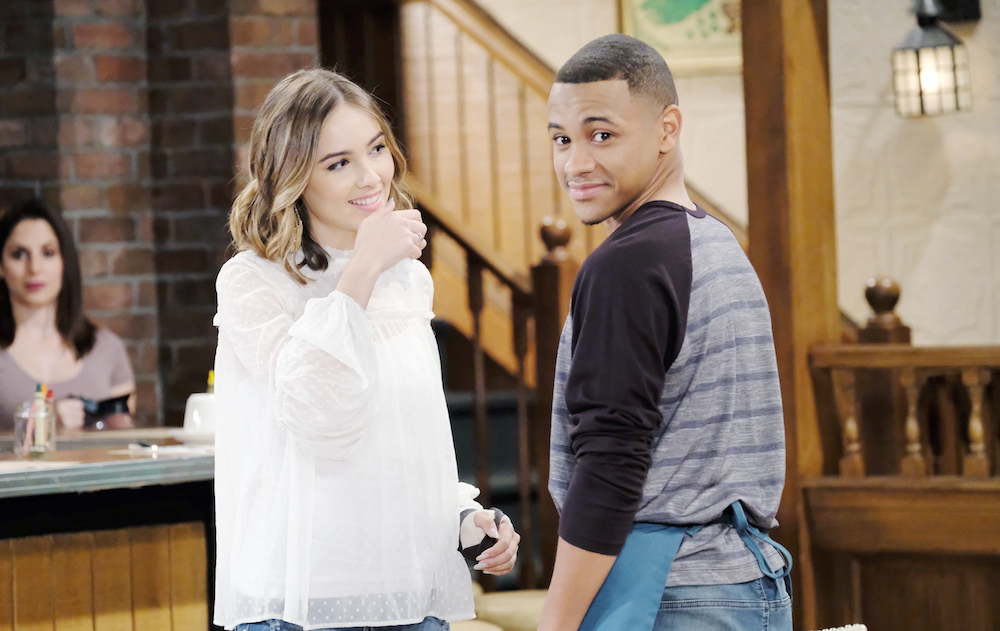 But when a viewer asked if she’d like to see Molly get back with Rafe if he returned to the soap, Pullos admitted that might also be fun. “Rafe and Molly were really interesting,” she mused. “I’d always be down to see where it could go.” And since she has remained good friends with Rafe’s portrayer, Jimmy Deshler, when someone wondered if she missed working with him, Pullos joked: “No, he’s gross.” before adding, “Just kidding. He’s okay, I guess.”

Stay tuned to see what’s next for Molly, and for more on your favorite GH stars, keep reading the ABC edition of Soaps In Depth magazine!