Fans of GENERAL HOSPITAL star Haley Pullos (Molly) will see a whole new side of the actress when season two of MR. STUDENT BODY PRESIDENT premieres on Thursday, Nov. 30, on Verizon’s Go90 streaming service. The web series follows the ambitious Tyler Predergast as he maintains control over Berenger High by any means necessary, and Pullos plays bad girl Addison Pierce.

“My character is a little evil — and I’ve never played bad before, so that’s fun!” Pullos confided to Soaps In Depth. “She was kind of the villain in season one, and in season two, the protagonists need me. So that’s fun! This series is so cute and the episodes are only 10 minutes long, so you could fully binge to get ready for season two.”

Back in September, Pullos and her co-stars won Best Ensemble Cast at the 2017 Streamy Awards! “That was so much fun,” the actress declared. “I’ve never been to an award show for online media. Most people who do online media are really funny, young millennials, so it was just such a fun ceremony to go to. It was great.” 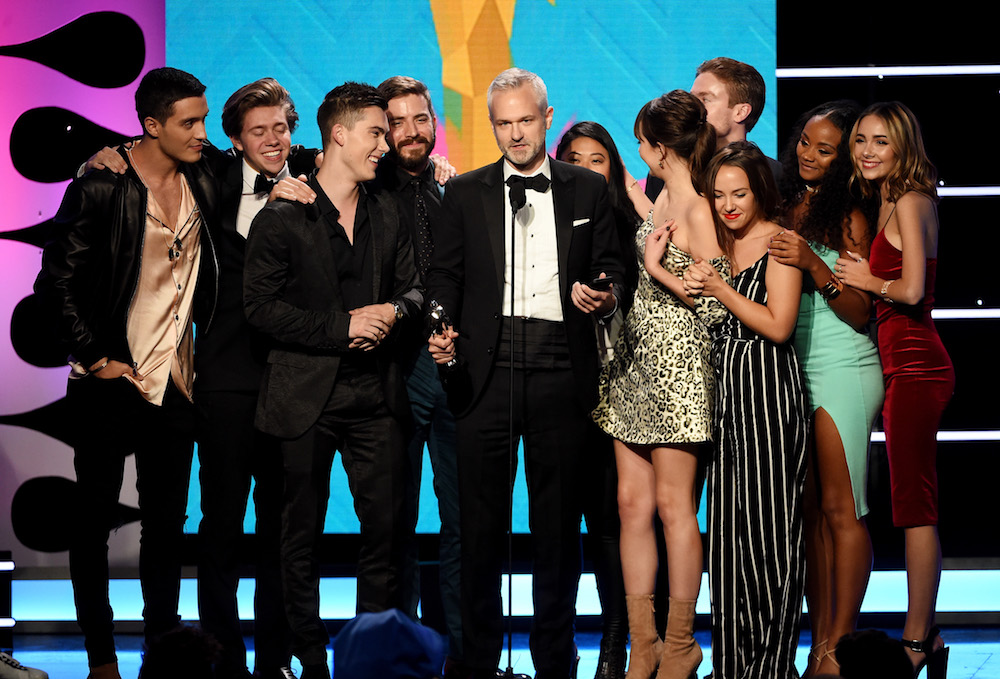