Valentin and Nina have become a very popular couple on GENERAL HOSPITAL, so when the Cassadine’s portrayer, James Patrick Stuart, took to Twitter for a special Q&A session with fans, their romance was one of the biggest topics of discussion! The actor admitted that he believes Nina and Valentin are the loves of each others’ lives and that his alter ego “worships her.”

Still, Stuart also confessed he “would definitely watch” a triangle with Ava Jerome thrown into the mix. “We made out once in Greece,” he joked of Valentin and Ava. “Then she kicked me in the balls and hit me in the head with a book. That was hot.” Another fan pointed out that Anna’s obsession with Valentin is similar to what she did with Duke back in the day, and Stuart declared he would welcome more scenes with Finola Hughes (Anna). “She’s got game,” he praised. “She takes every episode very seriously. You better be on your toes.” 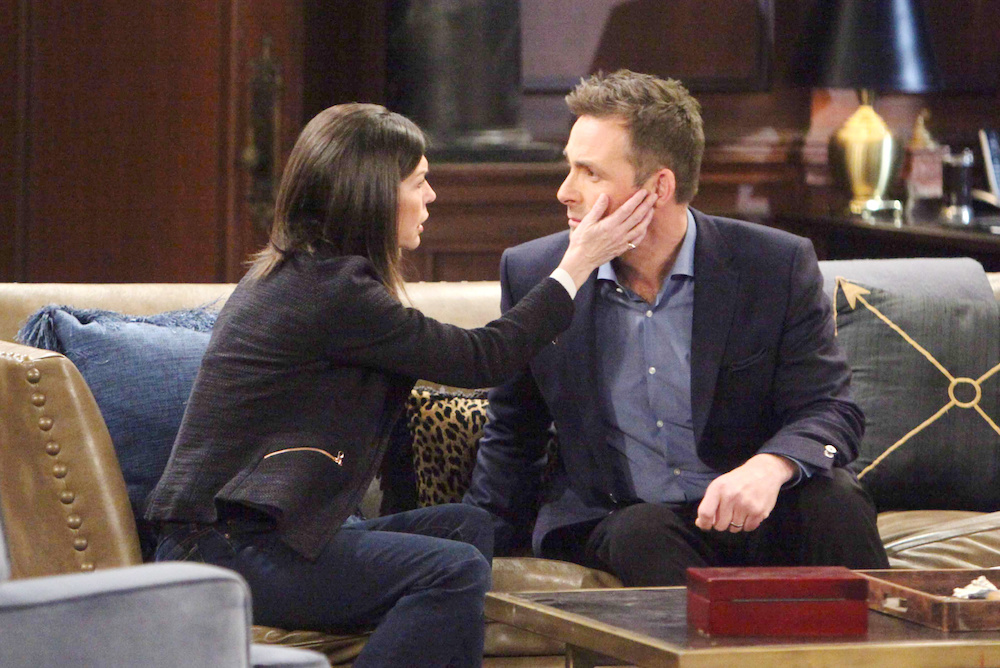 ”I’m not obsessed with you,” Anna insisted. “I just can’t believe how close that shave is.” (Photo Credit: Howard Wise/jpistudios.com)

Stuart declared that “the current cast is world class,” but saved some special praise for co-star Michelle Stafford (Nina). “It doesn’t feel like work when she’s around,” he enthused. He also revealed that she’s one of the funniest people on the GH set. “I probably make myself laugh more than anyone,” Stuart confided. “But Michelle is a close second.”

When fans brought up his earlier role as ALL MY CHILDREN’s Will Cortlandt, which he played from 1989-1992, Stuart admitted his current character is more challenging to portray. “Will only had to memorize an episode a day,” the daytime vet teased. “Val sometimes three.” But the role he declared to be his all-time favorite to play was a bit of a surprise! “Private,” he revealed, “on Nickelodeon’s PENGUINS OF MADAGASCAR.”

Although Valentin was initially introduced as the Cassadine even Helena feared, his villainous ways were quickly softened so the character and his popular portrayer could remain on the canvas. “No one is ever all bad or all good,” Stuart mused of his alter ego. “I hope.” And some fans continue to insist that Nikolas isn’t really dead which would mean Valentin isn’t a murderer. “I heard someone saw him over at NBC,” Stuart joked of Tyler Christopher’s new job over at DAYS OF OUR LIVES. 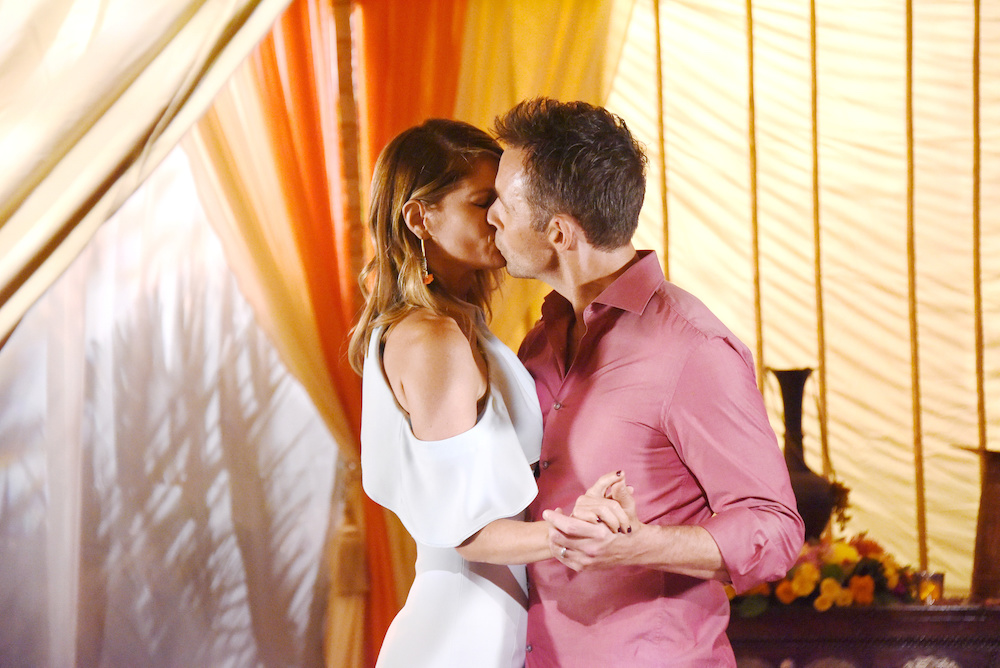 Romance was in the air in Morocco… or maybe that was incense? (Photo Credit: XJJohnson/jpistudios.com)

Sadly for the fans of Valentin’s seduction techniques, the actor confessed that he doesn’t actually speak French. “I’m barely fluent in English,” he teased. “I don’t speak French. I only kiss that way.” But viewers shouldn’t get too excited, as the actor is happily married and has been for quite some time. “If I have any appeal,” Stuart joked, “you can thank my wife of 17 years, Jocelyn.”