Later, Parise shared a photo from the set on Instagram, which was tagged as being in Atlanta, GA. “Just a couplea guys hanging out on set,” he posted. “Oh, and the kid on my right is going to be a huge star. Mark my words.” The “kid” in question is actor and musician Leo Howard, who has already made a name for himself with roles in films like Conan the Barbarian and G.I. Joe: The Rise of Cobra as well as TV series like FREAKISH and SANTA CLARITA DIET.

Just a coupla guys hanging out on set… Oh, and the kid on the right is going to be a huge star ⭐️ …mark my words

The daytime alum also shared another snap of himself standing in the doorway of his dressing room trailer. “Another day, another dollar…” he joked. Those are some nice jammies — too nice for lounging, so we can only assume they’re wardrobe for his mysterious new project!

Another day, another dollar…

Parise joined the cast of GH back in 2013 as the villainous-but-charming Carlos Rivera. After his character was killed off, fans were thrilled when he returned to the soap as look-alike twin brother Joe Rivera, but Parise only appeared in a handful of episodes before exiting permanently.

After leaving daytime, Parise landed a recurring role in the second season of the TBS sitcom THE DETOUR, and then played Prince of Hell Asmodeus on season 13 of the CW series SUPERNATURAL. He can currently be seen as Will Walker in Netflix’s 13 REASONS WHY. He has also completed filming of the sci-fi adventure The Outer World, though there’s no news on the film’s release yet. 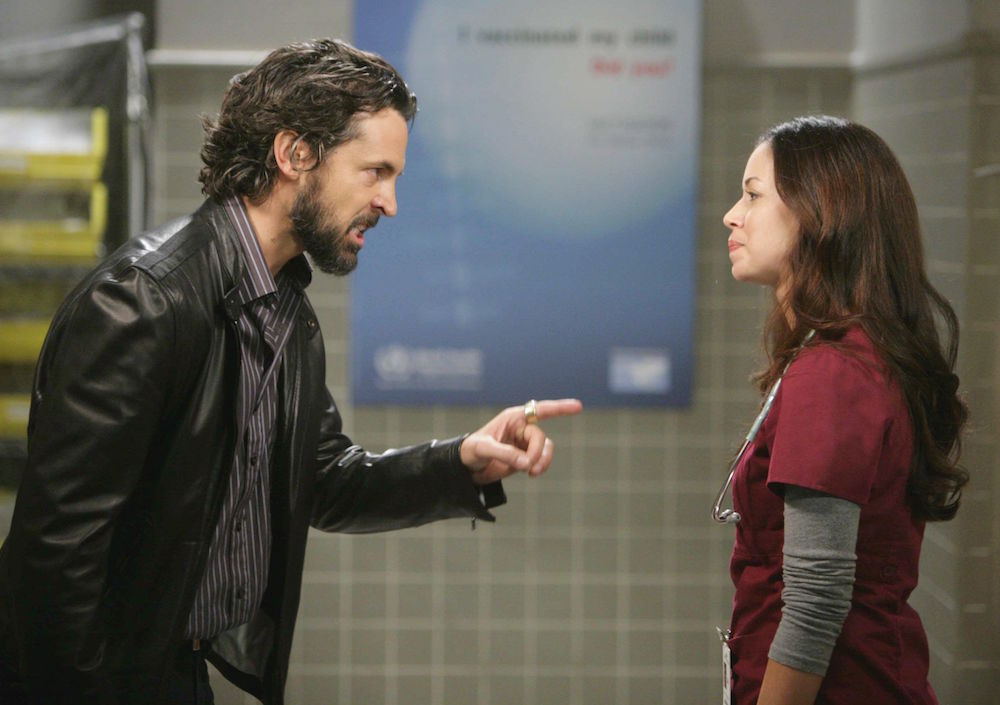 The handsome actor wouldn’t have looked as menacing on GH with his clean-cut look! (Photo Credit: Howard Wise/jpistudios.com)

Director Roland Joffé is best known for helming the films The Killing Fields, The Mission, and The Scarlet Letter. His most recent film was 2017’s The Forgiven, which starred Forest Whitaker and Eric Bana. Unfortunately, there’s no more information available regarding the project Parise has changed his look for. “Written by Nicholas Kazan and Leslie Greif,” the actor teased on Twitter. “More details coming soon…”

And as soon as we have more of those details for you, we’ll be sure to pass them along! For more on your favorite GH stars — past and present — keep reading the ABC edition of Soaps In Depth magazine!

See All the Awesome Pics From John Stamos’ Return to GH

What Happened to Sabrina on GH?