Actors will often draw from their own experiences to create their performances, but GENERAL HOSPITAL star Kelly Monaco had to tap into some parts of herself that she would rather keep under wraps when she portrayed Sam’s breakdown as she experienced hallucinations and tried to kill Sonny! “I suffer from panic attacks and anxiety, and have for many years,” she revealed.

Monaco confessed that she struggles with the condition “almost daily” so it wasn’t hard for her to access those emotions to create her powerful performances on the soap. But the experience was difficult, to say the least! “Having to go back to the place where my last debilitating anxiety attack was [for GH] was traumatic,” she admitted. “It takes a bit to get over because you work yourself up so much.” 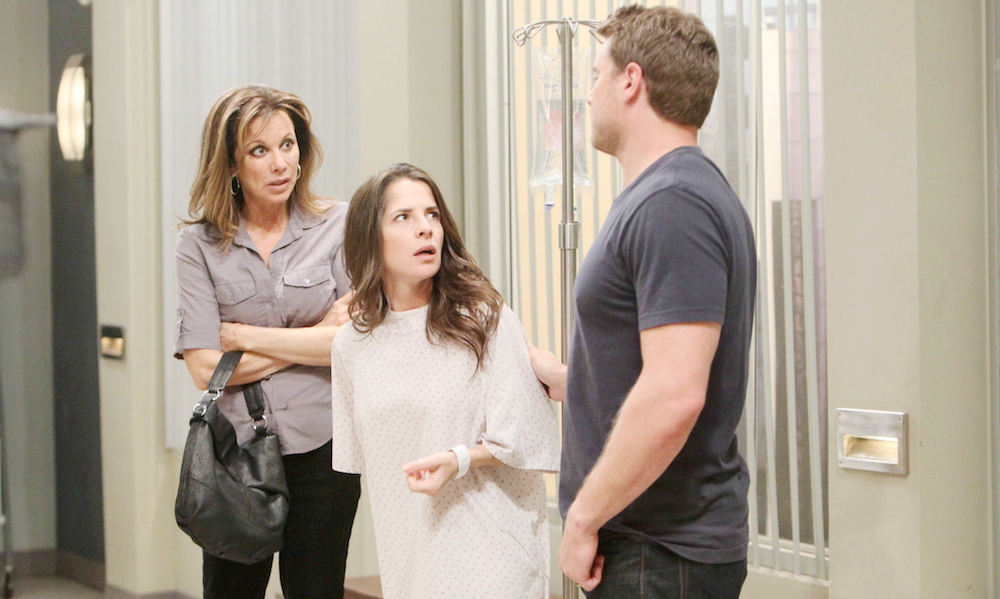 Thankfully, Sam pulled through that awful period in her life and was cured of the disease that was ravaging her brain and caused her to act so erratically. And Monaco is more than ready to play the stronger side of Sam that has made the character a Port Charles fan favorite. “Sam’s been broken down in the past,” she mused. “This might be a layer to help build her back up [to] the sassy Sam we all used to know and love — [the one] who had a voice!”

Of course, with two men in her life claiming to be her husband, Jason Morgan, Sam’s life doesn’t look like it’s going to be getting easier anytime soon. But hopefully having gone through hell and come out the other side stronger gives Sam the power to face whatever life (i.e. the GH writers and producers) throw at her!