Actress and director Kimberly McCullough (Robin, GENERAL HOSPITAL), gave birth to her beautiful baby boy Otis back in June. But as she neared her due date, the GH fan favorite shared her own absolutely amazing take on the infamous Beyoncé pregnancy announcement photo from Instagram!

Who is Kimberly McCullough’s Partner?

The actress broke the news of her pregnancy back in December of 2016 in an emotional blog post that chronicled what was a year of healing and regrouping after her confession in January that she had suffered a miscarriage and lost her daughter in September of 2015.

At the end of her post, McCullough revealed that she, her dog Jack, and the man whose identity she’s keeping anonymous, had moved out of Los Angeles and into Ojai valley. “It’s one of the best decisions I’ve ever made,” she wrote, adding, “Two weeks before we moved in, I found out I was pregnant again. And although I no longer have the luxury of being naive, I can’t help but think the timing is just perfect. Despite all the politics and the horrendous election, this year has been such a blessing.” 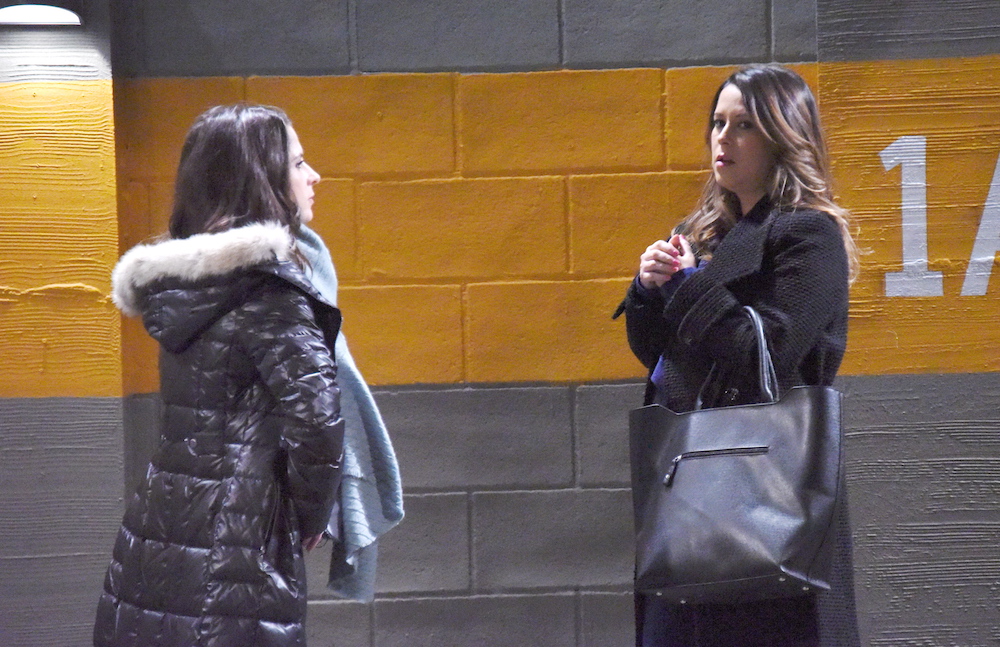 Kelly Monaco (Sam) and McCullough in a scene from GH (Photo Credit: XJJohnson/jpistudios.com)

Is Robin Pregnant on GH?

McCullough returned to GH in May to reprise her role as Robin Scorpio to help her mother, Anna, deal with her medical condition, and fans noticed during her scenes that the baby bump was already showing. Even though the show dressed the actress in baggy clothes and made sure to shoot scenes with props like large bags to obscure her bump.

“Loving the computer obstruction,” McCullough joked on Twitter of some hospital scenes that placed a monitor in front of her during scenes between Robin and Griffin. “Very subtle.” When a fan tweeted that they found themselves looking specifically to spot the baby bump, the actress replied, “Oh, it’s there!”

Then, in the Feb. 24 episode, Robin stunned her mother by informing Anna that she was expecting another child! So from that point on, the soap didn’t have to hide McCullough’s real-life pregnancy anymore and wrote it in by having Robin and Patrick welcome a second child, a son, Noah Patrick Drake.