Actress Laura Wright has been playing Carly Corinthos on GENERAL HOSPITAL since 2005, but she assured Soaps In Depth she wasn’t nervous at all when the soap brought in fellow daytime powerhouses Michelle Stafford (Nina) and Maura West (Ava) to join the cast (in 2014 and 2013, respectively)! “The three of us being on the same show is amazing,” the actress raved. “There wasn’t one second where I was worried about my territory. I was just psyched! We have that female cast over here — and we can’t forget Finola Hughes (Anna)!”

The three actresses also have something else in common, in that they joined GH after successful runs on CBS soaps. Wright played Cassie Layne Winslow on GUIDING LIGHT from 1997-2005, Stafford took home two Daytime Emmy Awards and multiple nominations for her portrayal of Phyllis Summers on THE YOUNG & THE RESTLESS from 1994-2013, and West was also a multiple Emmy-winner during her time as Carly Snyder on AS THE WORLD TURNS from 1995-2010. 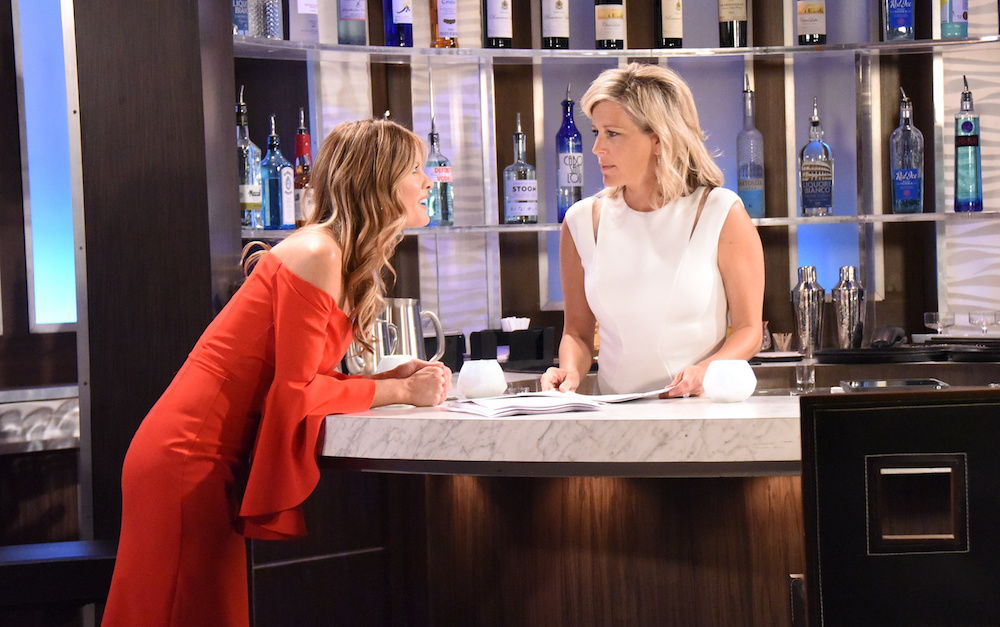 And whenever Wright sings the praises of her female co-stars, she also includes the next generation like on-screen daughter Eden McCoy (Josslyn) and the troublemaking Chloe Lanier (Nelle). However, there is one thing that she confessed she’s not happy with. While she often shares scenes with West’s vixenish Ava, Carly hardly ever interacts with Nina! “Michelle and I haven’t worked together much, which is a bummer,” Wright admitted. “It would be a great dynamic, because Lulu is Carly’s cousin and the whole Charlotte thing… but that’d be a whole different party. Carly’s got a lot going on right now — someone come take care of her!”

How much more drama can Carly take in her life? You’ll just have to stay tuned to GH to find out! And for more on your favorite Port Charles stars, keep reading the ABC edition of Soaps In Depth magazine!

Tamara Braun Reveals What Convinced Her to Come Back to GH