To honor the late Peter Hansen, GENERAL HOSPITAL is planning a special tribute to his character, Lee Baldwin, for the episode airing Friday, July 14. The character first appeared when the soap debuted in 1963, and was played by Ross Elliott. Hansen assumed the role in 1965 and played it until 2004 on both GH and its sister soap PORT CHARLES.

A recovering alcoholic, Lee was an attorney who worked as an addiction counselor at General Hospital where he romanced nurse Jessie Brewer. When she discovered she was pregnant with Phil’s baby after he’d left Port Charles, Lee offered to marry her so her child could have a father. Phil learned the truth and returned, but Jessie didn’t want to leave Lee, fearing he’d start drinking again. However, Jessie went into labor before her divorce could be finalized, and Lee let Jessie have her family with Phil. Sadly, their baby died soon after it was born. 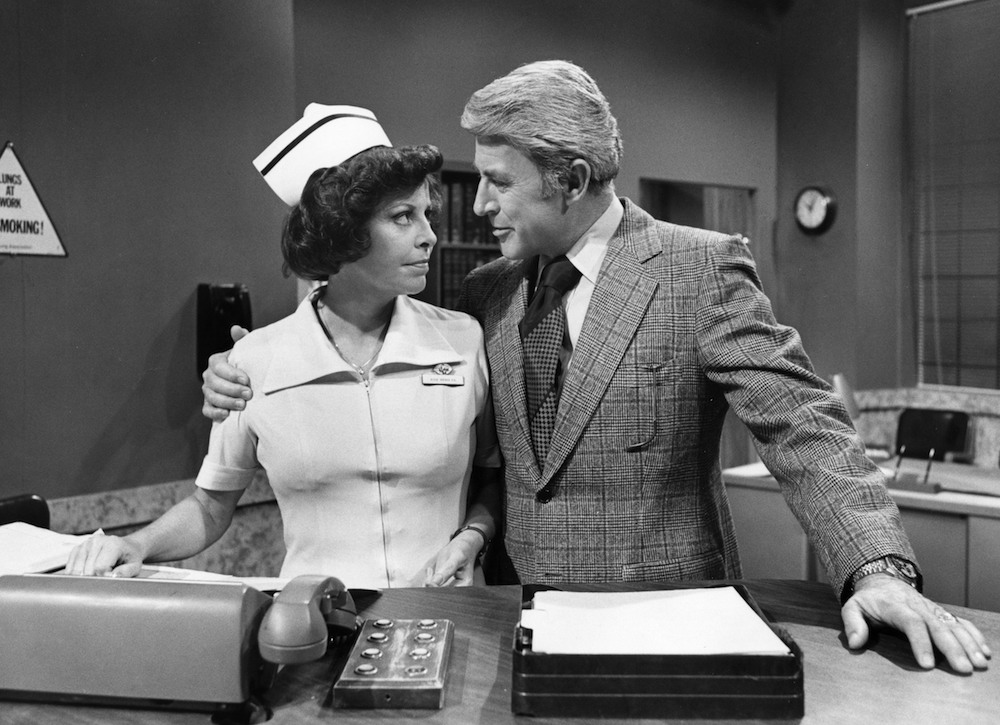 Lee soon became smitten with nurse Meg Bentley, who was a widow with a young son, Scotty, and teenage stepdaughter, Brooke. When Meg’s fiancé left her for her stepdaughter, Lee was there to comfort her and romance bloomed. They eventually married and Lee legally adopted Scotty. Their marriage hit a rough patch when Meg suspected Lee of having an affair with her friend, Iris, but they reconciled after Lee donated his kidney to save Scotty’s life.

Sadly, the return of her stepdaughter, Brooke, sent Meg on the path to a nervous breakdown and Lee was forced to hospitalize his wife. She was eventually released but continued to be jealous of Lee’s friendships with other women and ultimately died of a stroke during an argument with him.

Lee next married Caroline Chandler and moved to New York with her and her son so he could receive medical treatment. But he returned to Port Charles a few years later after she died in an accident. He found comfort with Dr. Gail Adamson, who urged Scotty to get in touch with his father who missed him desperately. So Lee was there to help Scotty avoid following in his father’s footsteps when he began drinking after being dumped by Laura. 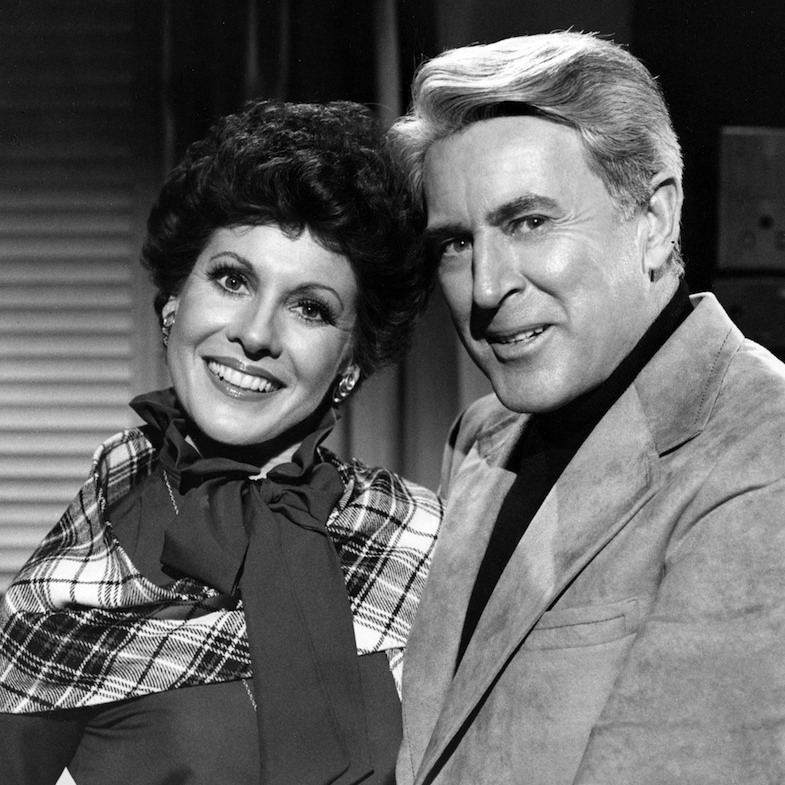 Finding himself caught up in the Scotty/Laura/Luke triangle, Lee naturally supported his son and even went so far as to burn the divorce papers so Laura couldn’t leave Scott to marry Luke. But he eventually confessed and made up with Laura, attending her and Luke’s wedding and mourning when she was later presumed dead.

Lee ran for mayor in 1983, and against Luke Spencer, of all people! Running his father’s campaign, Scotty tried to ruin Luke’s reputation, but when Lee found out, he fired his son. Luke won the election, but when Laura returned, he quit, leaving Lee with the job. After resigning in 1985, Lee left town with Gail in 1986.

The Baldwins returned to Port Charles in 1992 and were there when Scotty married Dominique. They were also surprised to learn they were grandparents because Scotty had a daughter, Karen. After Scotty left town for a time, Lee and Gail were thrilled when he came home with his daughter, Serena. Lee also defended Dr. Julie Devlin, who was the General Homicide serial killer, and helped get her the psychiatric help she needed. 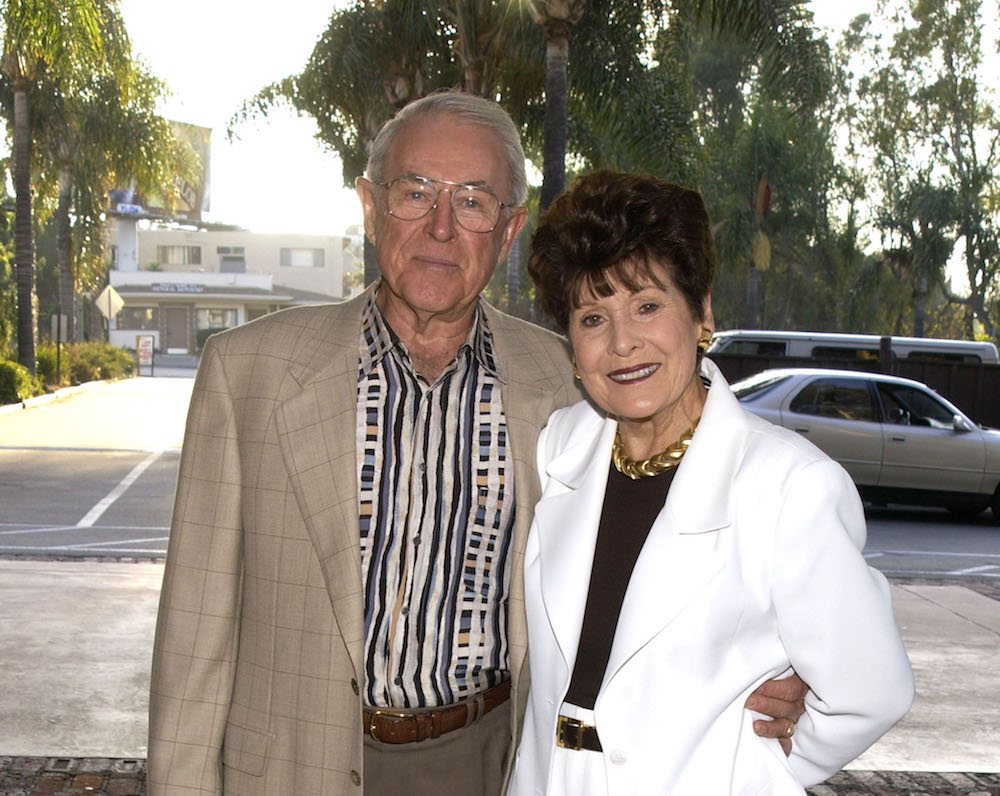 Everything You Need to Know About Monica Quartermaine!

In 1999, Lee gave his loved ones a fright when he suffered a pulmonary embolism. Scott felt tortured when he learned that the villainous DV Bordisso was his biological father, but Lee reminded him that no matter what biology said, they were father and son. Lee and Gail mourned Karen’s death when she was hit by a car, and later paid their respects at Lila Quartermaine’s funeral, which was the last time they were seen on screen.

Hansen’s passing will be reflected on-screen with the death of Lee Baldwin, and the special episode airing July 14 will also see Carly Schroeder returning to reprise her role of Serena. It will be a show no longtime GH fan will want to miss!

The Wild and Crazy Life of GH’s Lucy Coe!

The Past, Present, and Future of GH Supercouple Sonny and Carly!