As a veteran of numerous soap operas, including GENERAL HOSPITAL (where she played Lucy’s doting aunt, Charlene Simpson), DAYS OF OUR LIVES (where she was ingénue Marie Horton), and SEARCH FOR TOMORROW (as sarcastic nurse Stephanie Wyatt), Maree Cheatham knows a thing or two about what makes for good drama.

Now, she’s joined the cast of one of primetime’s best, Tyler Perry’s THE HAVES AND THE HAVE NOTS on OWN. “I play an eccentric woman named Pearl,” she says of the delicious role in which she and her native Texas drawl will debut on Tuesday, January 12. “She lives across the street from Candace (Tika Sumpter; Layla, ONE LIFE TO LIVE), the meanest woman on the show, and she’s up to no good!” 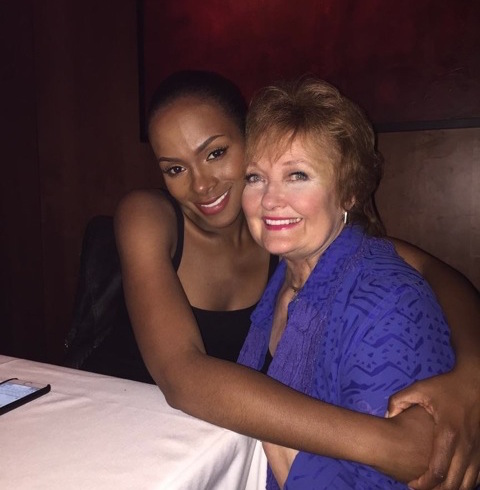 Having portrayed a string of eccentric seniors in recent years on everything from HART OF DIXIE to SAM & CAT, Cheatham was ready to roll with her comedic chops. “You know how they say, ‘And the curtains twitched?’” she asks. “Pearl is that lady behind the curtain, keeping tabs on the whole neighborhood.”

While Perry keeps a tight lid on the show’s scandalous storylines, Soaps In Depth did learn that Cheatham’s character will be the mother of Justin, a hunky new police officer on the canvas. “The young man [Nicholas James] has been invited to be a regular on the show,” Cheatham previews. “I’m thrilled to hear it.”

Might that also mean a prolonged future with the soap for herself? “From your mouth to God’s ears!” she laughs. “I’m counting on it.” For more from the popular actress, look for her Catching Up feature in CBS Soaps In Depth, on sale Monday, February 8.