After making his debut in the first episode of the second season, Matt Cohen (Griffin, GENERAL HOSPITAL) is playing a much bigger role in the episode of BEYOND BORDERS: CRIMINAL MINDS airing Wednesday, April 12, at 10 p.m. ET on CBS!

Cohen is playing Ryan Garrett, the son of series star Gary Sinise’s Jack Garrett, and in this episode, titled “La Huesuda,” Jack is forced to keep his cool during an investigation in Tijuana when he discovers his son working undercover with the Mexican cartels! 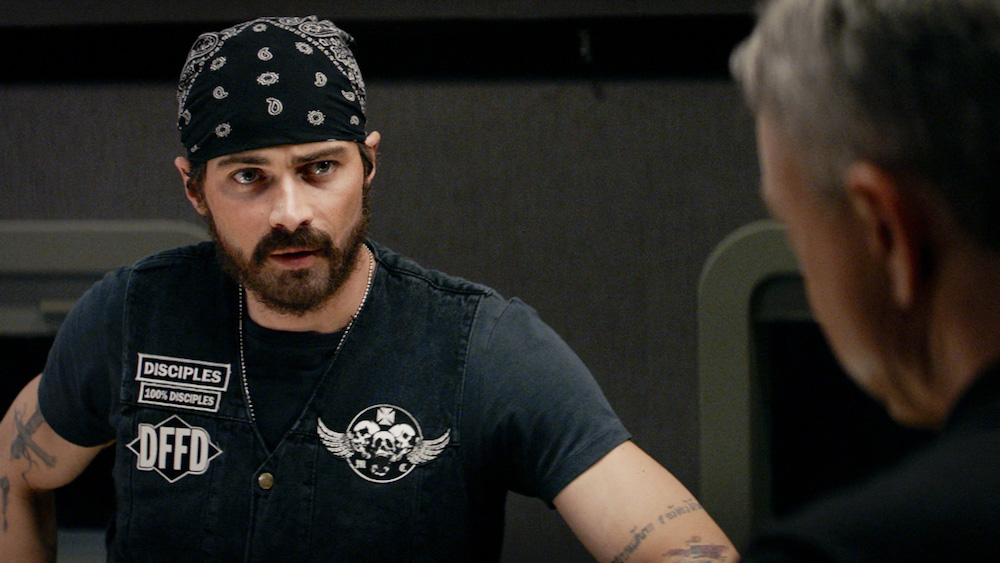 MUST SEE: Beautiful Family Photos of Matt Cohen With His Wife and Baby Boy, Mack!

Interestingly, it was Cohen’s previous role as a young John Winchester on SUPERNATURAL that led to this recurring role on CRIMINAL MINDS: BEYOND BORDER thanks to writer/producer Adam Glass, who used to work on the supernatural CW series! “He said, ‘Don’t hate me if I want to bring some of my favorite actors to this new show,’” Cohen confided to Soaps In Depth. “So I share episodes with some of my buddies. We don’t share scenes, sadly, but some guys from SUPERNATURAL will be sharing scenes on CRIMINAL MINDS.”

GH fans shouldn’t worry that Cohen’s primetime role will affect Griffin’s future in Port Charles. He promises that it’s simply a matter of taking opportunities that present themselves when possible. “It’s very lucky to get work,” he said at the GH Convention. “There are going to be plenty of times you can’t audition, have a meeting, or take the job because you’re working on your home job. You’ve got to support your home foundation.”

MUST SEE: Brandon Barash Celebrates the “Most Magical of Weddings!”

There are actually two brand-new episodes of CRIMINAL MINDS: BEYOND BORDERS airing tonight, but GH fans will also want to check out the one airing an hour earlier at 9 p.m. ET, because it guest-stars Brandon Barash (ex-Johnny)! “Cinderella and the Dragon,” he teased of the episode’s title. “Which one will I play?”

So be sure to check out both episodes to see a couple GH hunks in completely new roles, and then keep watching CRIMINAL MINDS: BEYOND BORDERS as the season progresses to find out what happens to Ryan Garrett next!

Kirsten Storms Breaks Her Internet Silence With a Gorgeous Selfie!