Griffin’s relationship with Ava has become one of the most talked-about storylines on GENERAL HOSPITAL recently, and so it was the perfect time for actor Matt Cohen to do a special Twitter Q&A with fans to answer their burning questions! He’s a man of few words — at least online — but opened up about working in daytime vs. primetime, Griffin’s future with Ava, and his adorable son!

Griffin’s feelings for Ava not only landed them in bed together but he also finally decided to leave the priesthood, something Cohen admitted he was very happy about. Still, while the vixen might not be the best woman for a fallen priest to fall for, the actor declared that this storyline is his favorite so far. “She is a blessing,” Cohen said of co-star Maura West (Ava). And while he confided that Griffin’s vulnerability is the best part about playing the role, the daytime newcomer added, “he is my most challenging character.” And when asked by a fan if Griffin is going to the dark side, Cohen responded: “Hope so!” 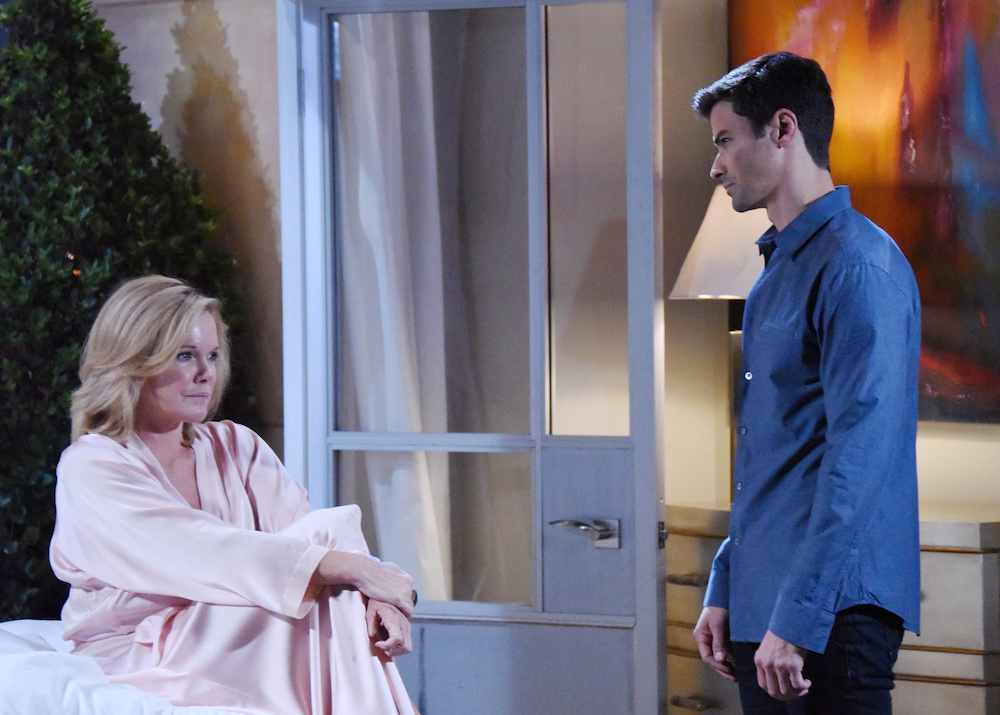 Cohen is also known to fans of The CW’s primetime series SUPERNATURAL where he has played the younger version of the character John Winchester, but confessed he would love to return to the show again as the archangel Michael again. Cohen is also a feature at fan gatherings across the country, and now across the world! “I’m at SUPERNATURAL cons in May in Europe!” he reported. Cohen also enjoys attending the GH fan events as well, and said he loves “meeting the fans that keep us on air.”

Although Cohen said he enjoys working in primetime and daytime equally, he admitted that soaps are “fast paced.” Still, he loves his co-stars, including West, Maurice Benard (Sonny) and Rebecca Herbst (Elizabeth). Unfortunately, the actor was tight-lipped when asked about what was coming up next for Griffin and Ava, saying only: “No clue.” But when another fan suggested a love triangle between Ava, Griffin, and Liz, he declared: “Anything is possible!”

Thank you Mandy Musgrave for showing me all that I needed to know. #HappySuperherosDay

The proud pop reported that he, wife Mandy Musgrave, and their two-year-old son, Macklin, are doing “fantastic.” And when a fan inquired what his greatest fear is, Cohen responded: “Being away from my wife and son.” Mack is absolutely adorable, and the actor admitted that “every age is amazing” as he watches his little boy grow up. In fact, Cohen had to apologize for bringing the Twitter Q&A to an abrupt end because of the tot. “Gotta cut out a little early,” he concluded. “Dad duties call. Thanks for the chat. Stay tuned!”

For more on your favorite GH stars, keep reading the ABC edition of Soaps In Depth

The Truth About Jason Morgan’s Past on GH

William deVry Previews What’s Ahead for Julian on GH