On Jan. 17, GENERAL HOSPITAL aired a very special episode centered around the character of Ava Jerome, so it was the perfect time for portrayer Maura West to answer fan questions on Twitter! The actress admitted that when she was told she was going to be featured in an entire episode focused on her character, she was “nervous” and “honored.”

West was thrilled to have Bryan Craig back as Morgan, even if it was just as a figment of her guilty imagination during her lengthy dream sequence. “An absolute thrill,” she said of being reunited with her old co-star. “I love Bryan very much.” The episode also brought back the character of Connie Falconeri, who Ava murdered, although the role was played this time by the character’s original portrayer, Megan Ward!

After a 15-year run as Carly Snyder on CBS sudser AS THE WORLD TURNS that earned her multiple Daytime Emmy Award nominations and two wins, West was thrilled to land yet another juicy character to sink her teeth into in Ava Jerome. “I’m luckier than I have a right to be!” she confessed. And while she has been able to work opposite plenty of daytime powerhouses, West revealed that she would have loved to work with ONE LIFE TO LIVE legend Erika Slezak (Viki).

Although Ava’s life is kind of a mess, West has a wonderful home life with husband Scott DeFreitas (Andy, ATWT) and their children, although she admitted it can be difficult to balance work, home, and “me time.” When one fan asked how she pulls it off, West responded: “One foot in front of the other. Sometimes I’m in over my head but I’m good at treading water. The ‘me time’ will have to wait!” 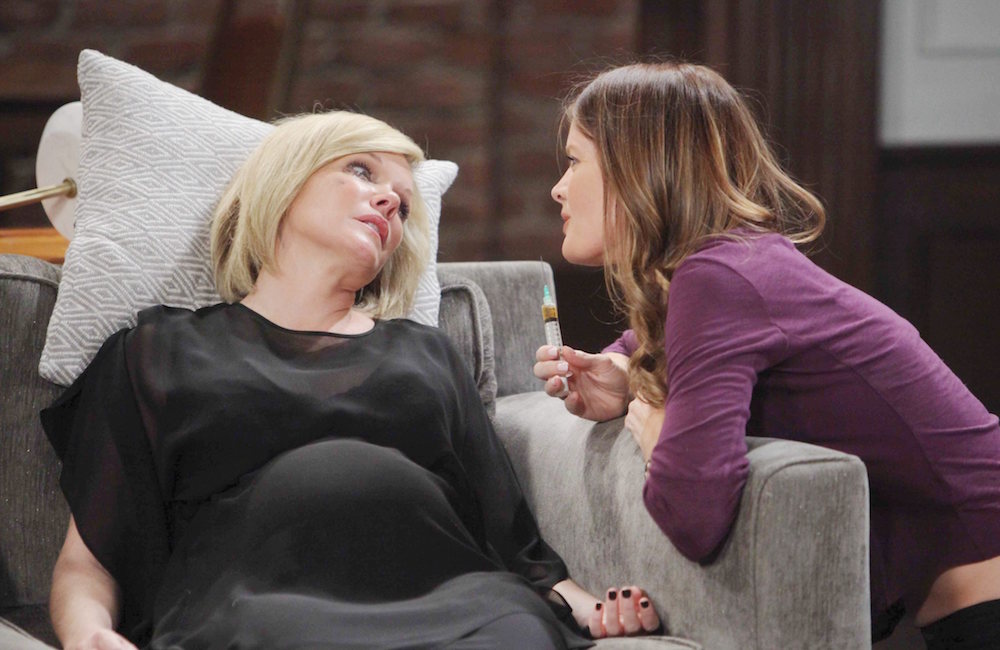 Asked to pick a favorite storyline in general, West suggested Cassadine Island or her stint as Denise Demuccio. And as for the most difficult scene she’s had to do, it was easy for her to name the episode when Avery was born. “Avery’s birthday,” she declared. “Being drugged… dragging myself across the floor. Still some of my favorite scenes! Michelle Stafford (Nina) is terrific!”

While some fans lamented the loss of the truly bad Ava, West pointed out: “She’s always a little bit bad” and also reminded them that “true happiness is the kiss of death on TV!” But how much drama Ava will continue to stir up in Port Charles remains to be seen, so stay tuned! And for more on your favorite GH stars, keep reading the ABC edition of Soaps In Depth magazine!

The Many Women in Sonny’s Life