When GENERAL HOSPITAL brought Mike Corbin back to the show, it introduced a powerful new storyline for Maurice Benard to play as Sonny has been forced to confront his father’s diagnosis of Alzheimer’s Disease. “It’s beautiful but tragic,” the Emmy winner told Soaps In Depth. “This story has scared me more than any other story I’ve done. This is something everyone can relate to.”

Because Ron Hale, the original actor who played Mike, retired back in 2010, GH brought in Max Gail, best known as Wojo on the classic sitcom BARNEY MILLER, to take over the role and Benard couldn’t have been more thrilled by their choice. “It’s exciting to walk on the set with Max” he raved. “Just touching him in a scene… it feels like my real-life father, to a T. And Mike’s wardrobe, it’s just like my dad’s. Even his hat makes me think of my dad. It makes me very emotional.” 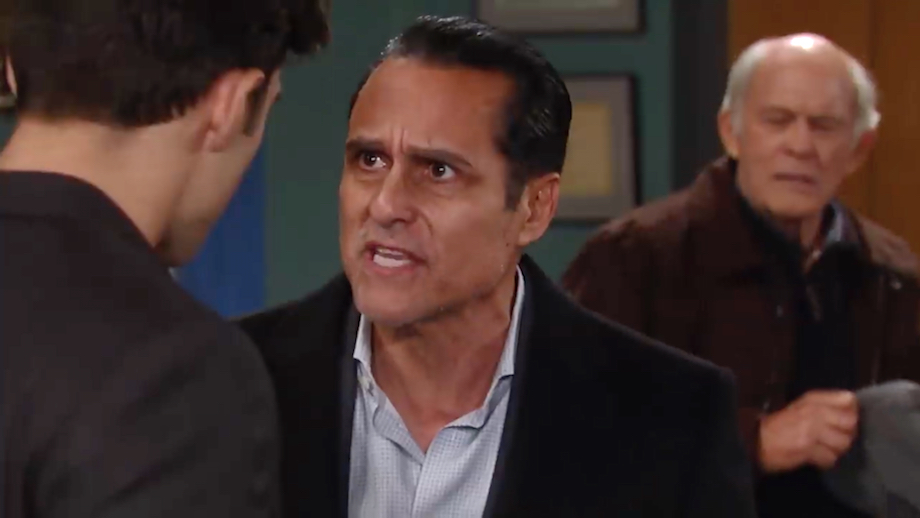 Sonny will stop at nothing to fight for his father. (Photo Credit: ABC)

In fact, even as viewers are touched by how this emotional tale is unfolding, the actors themselves are finding it tough to play. After a recent scene finished taping, Benard was seen composing himself alone, behind a set, clearly touched by the storyline. “Yes,” he confessed. “Crying like a baby. Max is amazing. He’s so good — all I have to do is look into his eyes.”

Fans have been praising the writing and performances online, and in person, the stars have been getting raves from their castmates. “I’ve never had so many actors come up to me at the studio,” Benard confided with a smile, “and tell me how great a storyline is.” Fans have also been praising the soap’s portrayal of this powerful real-life issue on social media, including Alzheimer’s advocate Maria Shriver. Check out some of these accolades!

Stay tuned to see how this powerful storyline continues to unfold, and for more GH news, keep reading the ABC edition of Soaps In Depth magazine.

Kirsten Storms and Her Boyfriend Are so Cute Together