Finn and Hayden owe their lives to Roxy on GENERAL HOSPITAL, but ironically, the bearded dragon had to be recast after the original lizard died!

“She passed at the end of a scene with Michael Easton (Finn),” says Rebecca Budig (Hayden), but her costar is quick to correct her.

“That’s a bad rumor Rebecca started,” Easton sniffs. “It’s not a very nice rumor and I’ve been trying to fight it back, but this is how she is. The lizard was actually off on another job or pondering another job — that’s how I like to think of it — and didn’t make it. We had a period of respectful mourning and didn’t have a lizard on for a while.”

MUST SEE: Kirsten Storms Returns to Instagram With a Gorgeous Selfie! 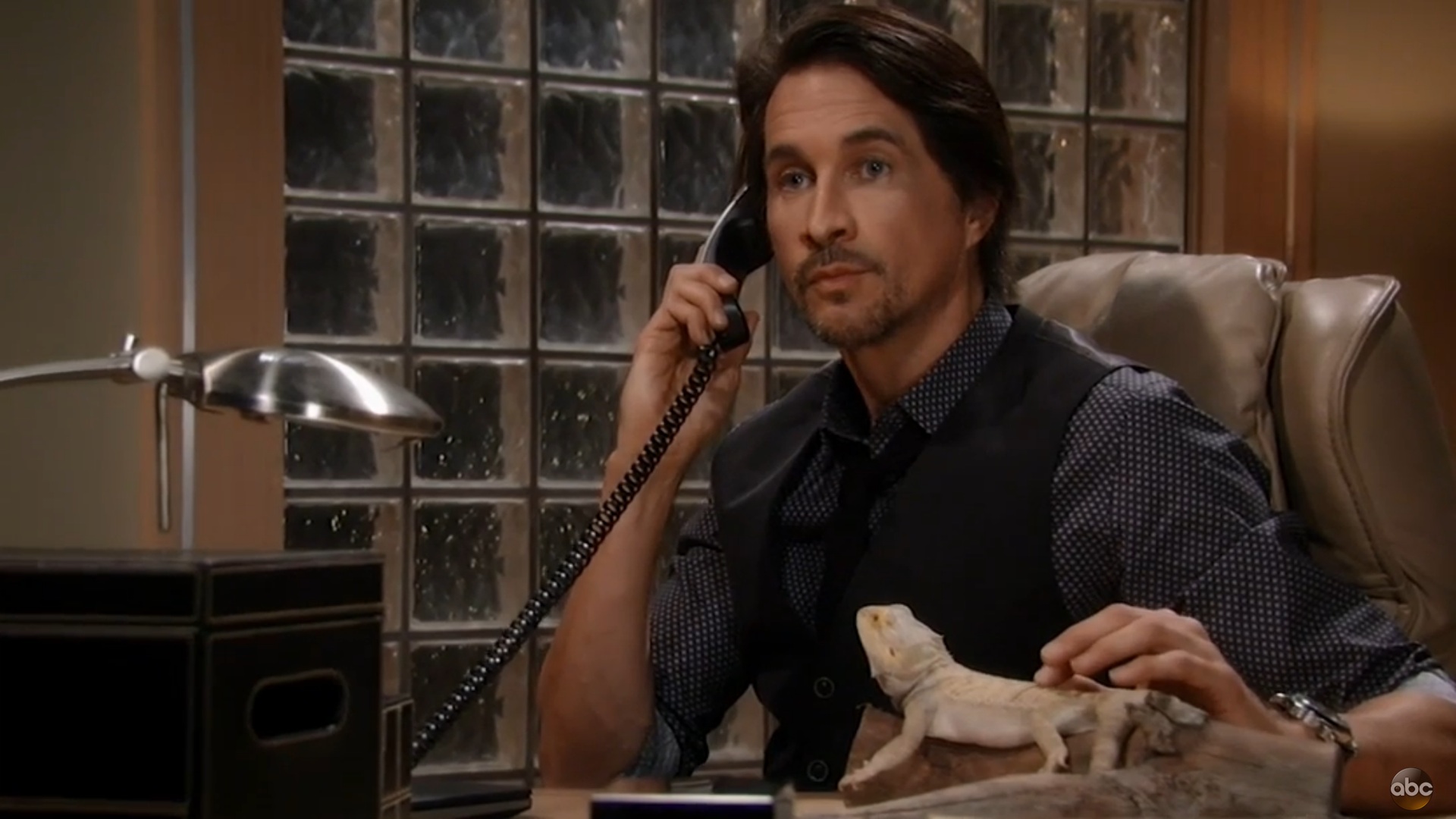 After a casting call, GH has a new Roxy on set and while Easton calls her “terrific,” Budig has even started bonding with her. “I actually had to hold the lizard, recently,” she says. “I was very panicked about it and then she didn’t want to come off of my jacket… but it was fine. She’s cute!”

She’s also a bit of a diva. “The lizard makes more than me and just slightly less than Rebecca, so most days when I’m talking to Roxy, there’s no lizard there,” reveals Easton, who trades barbs and dishes story with Budig in the new ABC issue of Soaps In Depth, on stands now. “We just did the first interview we’ve ever done together. I can’t remember the last time I even did an interview by myself, and this is the first time I’ve ever done one with someone else — because, again, I work with a lizard.”

Laura Wright and Other GH Stars Respond to Their Daytime Emmy Nominations!